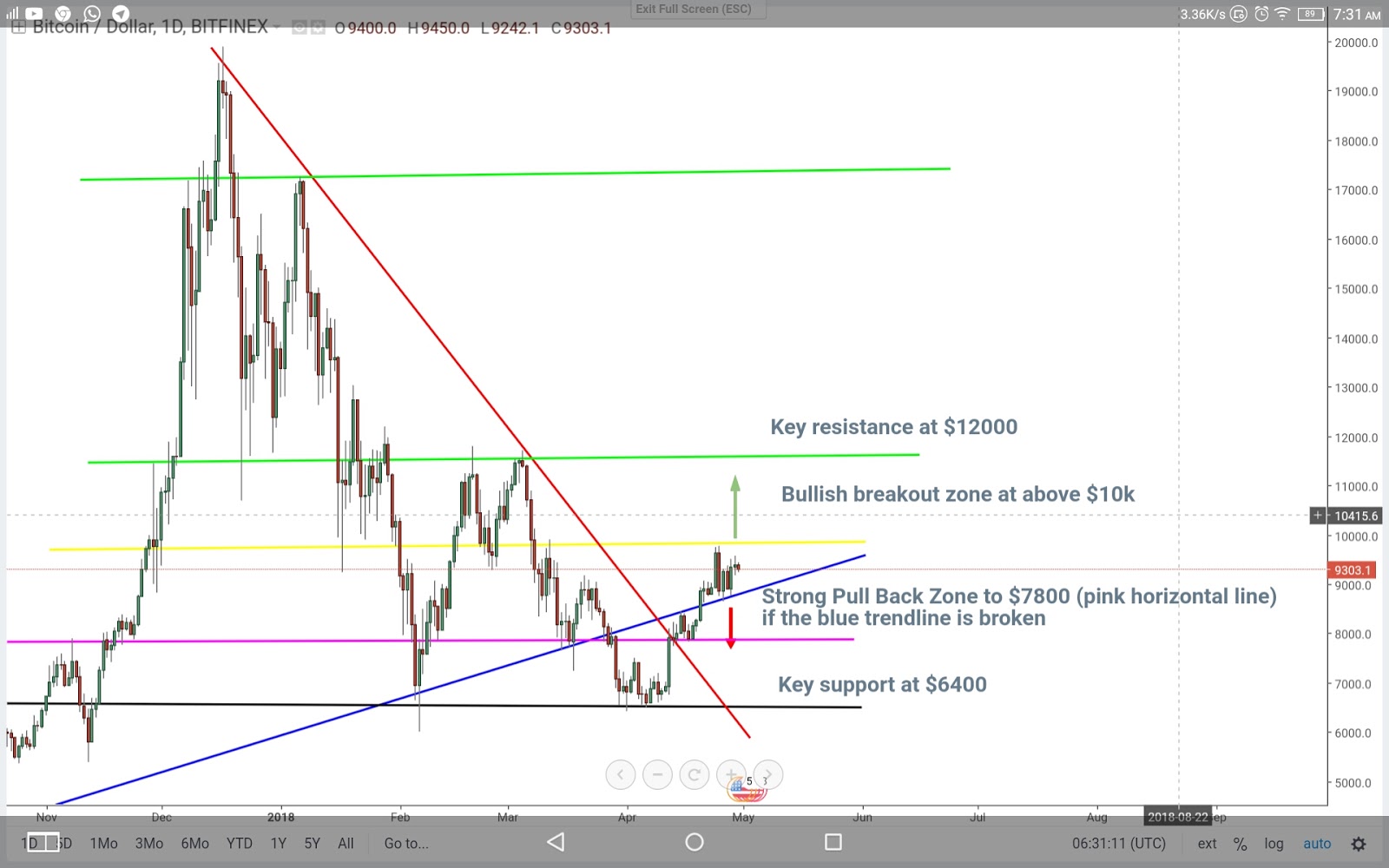 Bitcoin has maintained some level of stability at $9200 since last week. Early last week,  bitcoin made a strong bullish recovery to touch $9800.

In this technical overview of bitcoin price movement,  there’s every likelihood for bitcoin to breakout soon above $10,000 within this week or pull back to $7800 if the blue trendline is broken. Bitcoin is expected to find resistance at $12,000(green horizontal line) if price is able to breakout above $10,000.

I am quite concerned about the incessant price rejection as bitcoin has found it difficult to close above $9500 since the first touch last week. I am quite envisaging a pull back to $7800 before the real bitcoin run could begin.

If at the end of the trading day today, price still rejects $9500 and volume decreases geometrically,  we should expect some measurable pull back 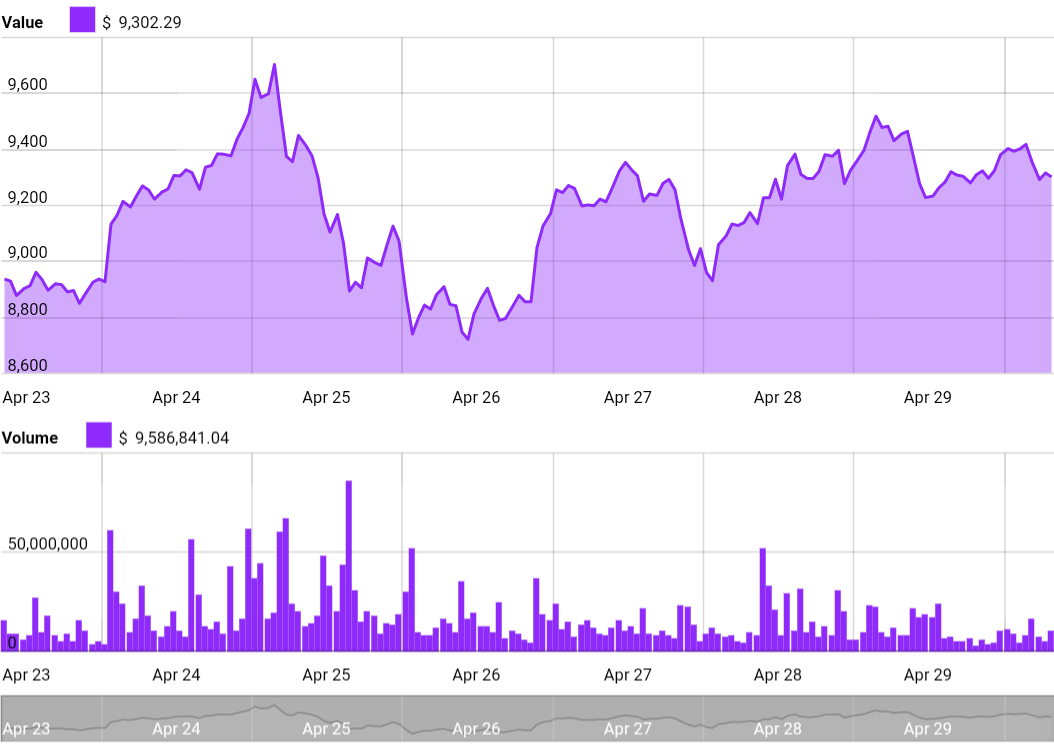 Another issue of concern to me while Bitcoin could possibly pull back again to $7800 is the daily volume of bitcoin. Bitcoin needs to have a strong daily volume above $10billion for strong bullish breakout to occur.

As at the time of writing this review,  the average daily volume was still around $9.5billion. Strong bullish breakout is expected if and only if there could be a strong buying pressure at this current price of bitcoin with a geometric increase in volume.

Another reason bitcoin could probably pull again to $7800 could be as a result of the recent increase in circulating supply of bitcoin from 16.8million to 17 million bitcoins last week.

So an increase in money supply of bitcoin could create a decrease in price if there’s no  measurable increase in demand at this current price above $9000.

So in a nutshell, I am not so bullish biased now until bitcoin is able to breakout above the yellow horizontal line($10,000) and volume increases geometrically.  So I am expecting bitcoin to do some pull back to $7800 in between this week or so before the next bull run could resume.