The Ripple price is seen down some 3% during trading on Tuesday, running at two consecutive sessions in the red for this week so far. Consolidation mode is seen across the crypto market, with many of the major altcoins remaining muted, but another breakout may only be around the corner.

For over 10 days, price action has been narrowing, moving within a tight range from $0.78-0.91, again this isn’t too surprising given XRP/USD has rallied almost 100% in the last three weeks. Consolidation must be expected, when such moves occur in a short space of time.

XRP/USD is capped technically, trapped between the 100DMA sitting just above the price and then the 200DMA, tracking below the price. This is keeping price action relatively soft now. Near-term indicators still point to the downside for now, as the MACD indicates a cross-over is in the potential works, as the MACD is very close to moving below the signal line. 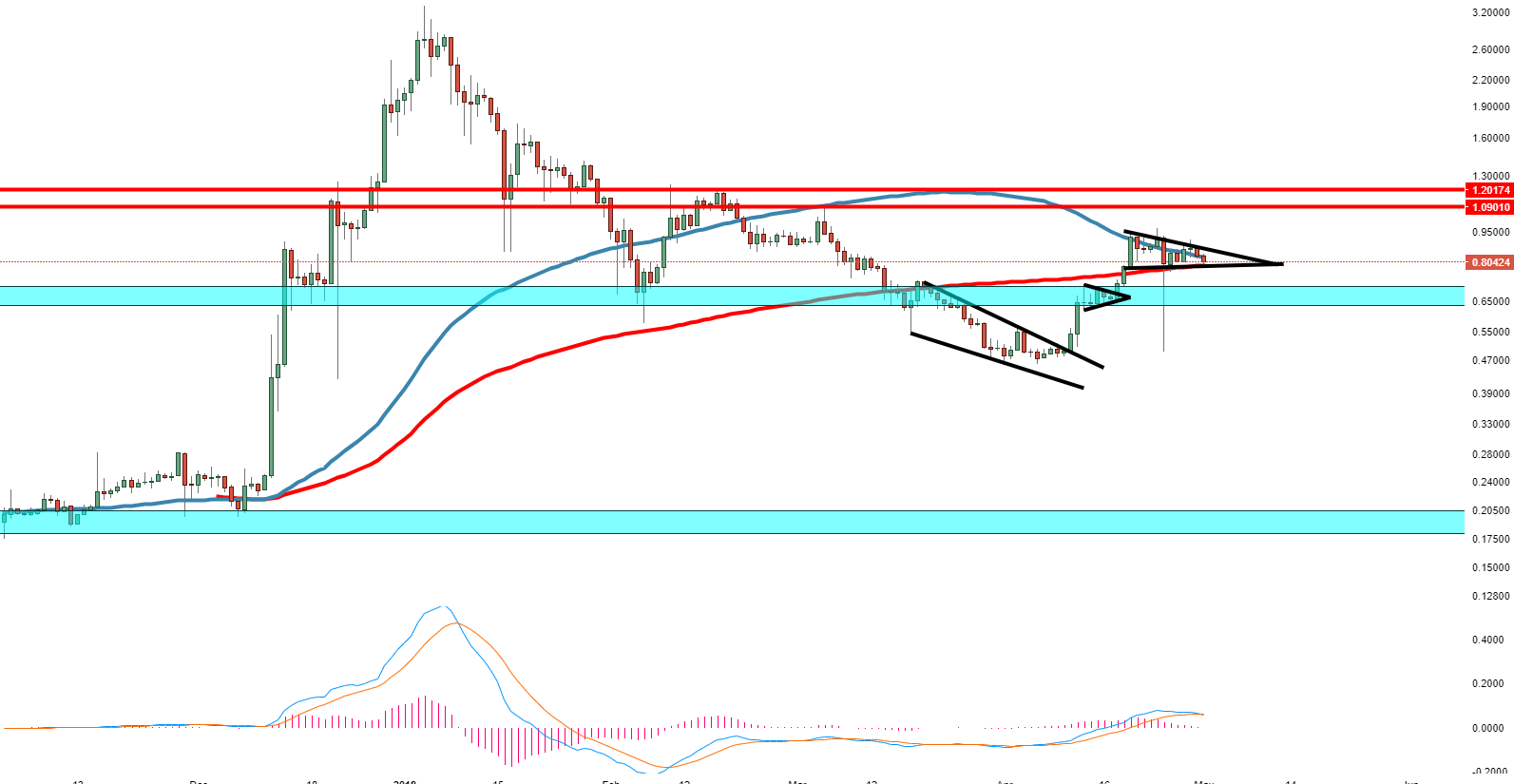