The digital assets market is continuing to grow at a significant pace, with the total market cap last week rising by almost 20%. Bitcoin continued its parabolic move towards $7,550, which is a 9-month high, as BTC price grows by 130% since the December lows. The bitcoin rally caused a total of $380m liquidation just on BitMEX, with a new record for daily trading volume of $10bn. Bitcoin is currently hovering around $7k and further consolidation is expected before another leg to test $8k. The rest of the market is following the trend, most notably BCH (+23%), ETH (+16%), and LTC (+16%). 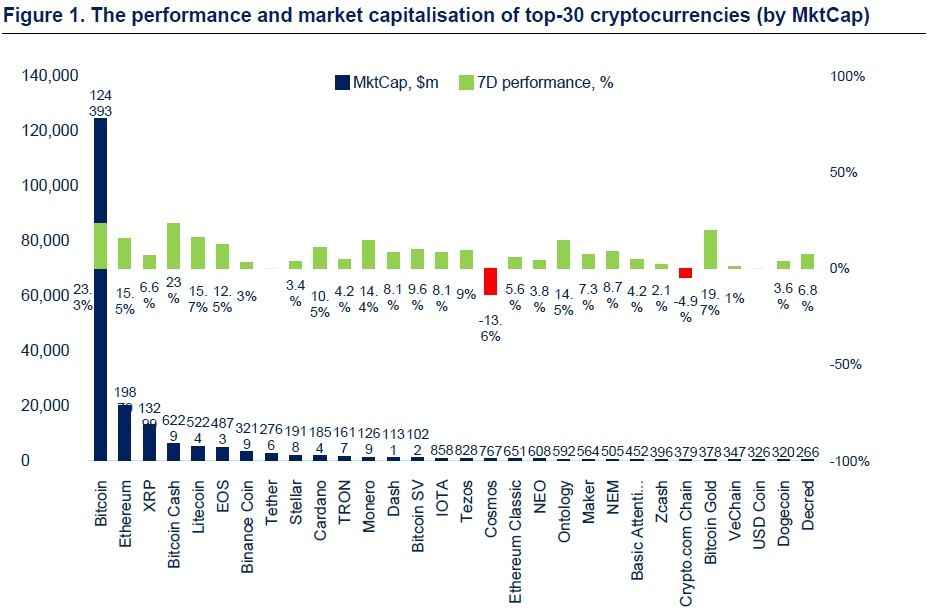 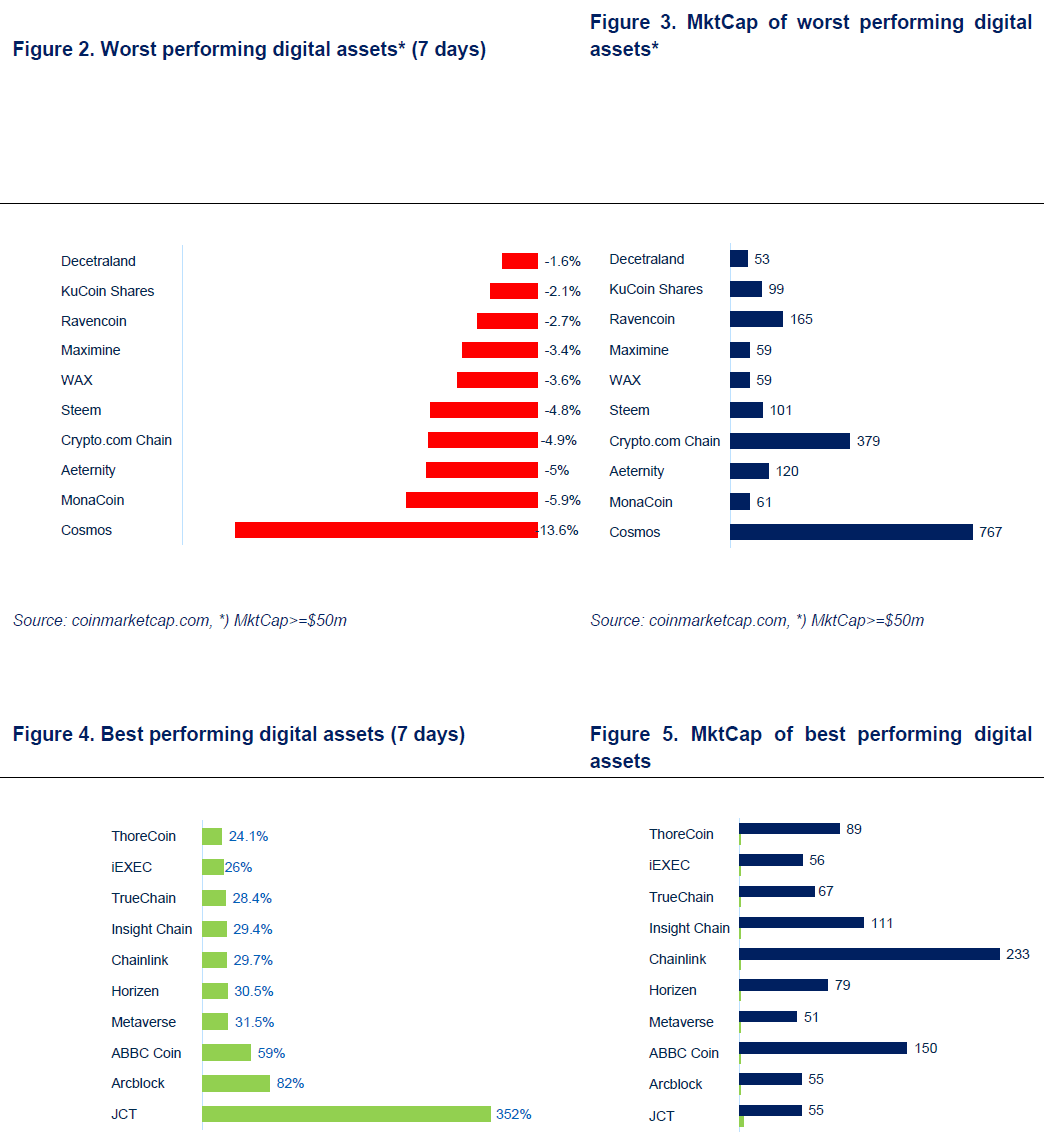 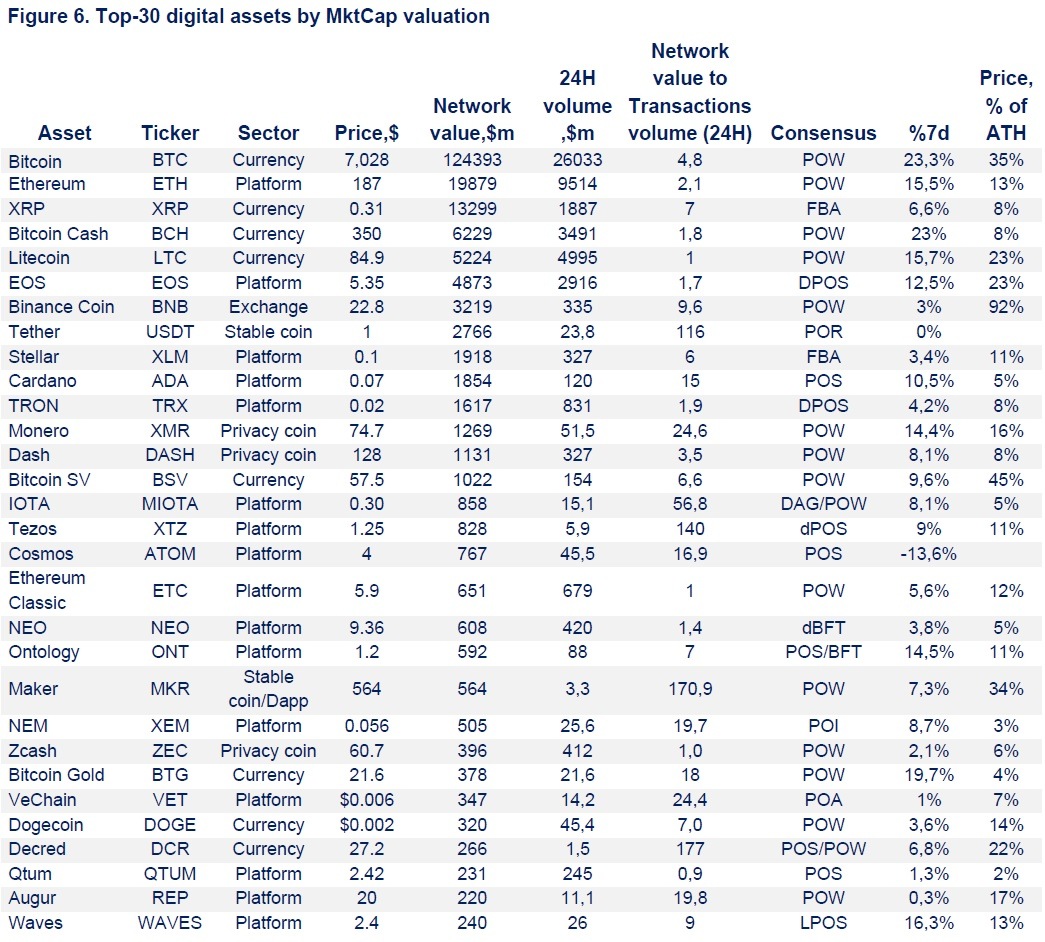 Binance Lost 7,000 BTC in Security Breach
Hackers stole $40m (7,000BTC) from the largest crypto exchange Binance, making it the sixth largest hack in crypto exchange history. Binance will use its SAFU fund to cover the hack and all deposits and withdrawals will be suspended for one week.

Bitfinex Reportedly Sold Out its IEO
Bitfinex’s parent company has received $1 billion in hard and soft commitments for its exchange token sale, according to Dong Zhao, founder of DGroup and an OTC trader in China who owns equity in Bitfinex, and who said in a WeChat post on Thursday that “there’s a high possibility Bitfinex will not conduct a public sale” for its token offering called LEO. Zhao told CoinDesk that the exchange has received both hard and soft commitments of $1 billion worth of USDT, the U.S. dollar-pegged cryptocurrency issued by Tether, a company that shares owners and management with Bitfinex.

Facebook Reverses its Policy Banning Crypto Ads
As Facebook continues to ramp up its crypto efforts, the social media giant is rolling back its 2018 banishment of cryptocurrency-related ads from its platform. In a blog post on Wednesday, Facebook said that after listening to feedback and assessing the policy’s effectiveness, the company will “no longer require pre-approval for ads related to blockchain technology, industry news, education or events related to cryptocurrency.” Users are still required to get pre-approval for ads promoting cryptocurrencies, however.

Bitcoin Miners’ Earnings Up 30% in April
Bitcoin miners earned $291m in April, which is an almost 30% increase on March numbers. $14m earnings from fees alone represent a 250% increase, according to Diar Research.

WeChat Bans Crypto Transactions in its Payment Channels
Chinese social-media and payments app WeChat has updated its payment policy, stating that users who engage in crypto trading will have their accounts terminated. The new rule comes into effect at the end of the month, on May 31st. WeChat is supposedly a dominant crypto OTC channel in China, and this policy-change could strain the liquidity pool in the country.

Bitcoin Has Outperformed Most Traditional Asset Classes Since 2019

Currency .com to Offer Tokenized Belarussian Government Bonds
Digital securities exchange Currency.com is offering tokenised Belarussian government bonds. Investors will be able to purchase fractional amounts of tokens, initially offered on the exchange at $1,000 per token; a token will represent one bond, and there will initially be 252 bonds with a 4.2% p.a. yield introduced to the exchange.

Figure Secures up to $1 Billion Credit on Blockchain
Figure Technologies, a fintech company that focuses on issuing home equity lines of credit (HELOCs) on its private blockchain, has secured up to $1 billion in uncommitted asset-based financing facility. The line of credit comes from global investment banking firm Jefferies and financial services company WSFS Institutional Services.

FinCEN Issues New Guidance on Crypto Regulation
The Financial Crimes Enforcement Network (FinCEN), published an interpretive guidance document outlining when and how companies, individuals, and platforms native to the crypto ecosystem may be money transmitters pursuant to the Bank Secrecy Act (BSA) and other relevant laws. Notably, the guidance made explicit interpretations that software wallet providers, multi-sig providers, decentralized exchanges, and other non-custodial services are not regulated as money transmitters under FinCEN, meaning they are not obliged to follow federal AML and know-yourcustomer (KYC) regulations. For a detailed insight please see this thread from Marco Santori.

US Lawmakers Form Fintech Task Force
The United States House of Representatives Financial Services Committee has passed a resolution to form the Task Force on FinTech, which will “examine the current legal framework for fintech, how fintech is used in lending and how consumers engage with fintech.”