With Bitcoin crossing $8,000 and with Consensus bulls on the horizon, BTC’s bullish swing has well and truly begun. From entering the famed Golden Cross to increasing dominance to over 60 percent, the market is in a firm upswing. However, the key question of whether this surge will sustain investor activity remains.

According to Willy Woo, the bull season has manifested by 99 percent. He cites the importance of the 200-day moving average and the price of Bitcoin sustaining the same for a “sizable time,” to the overall likelihood of a bullish swing. 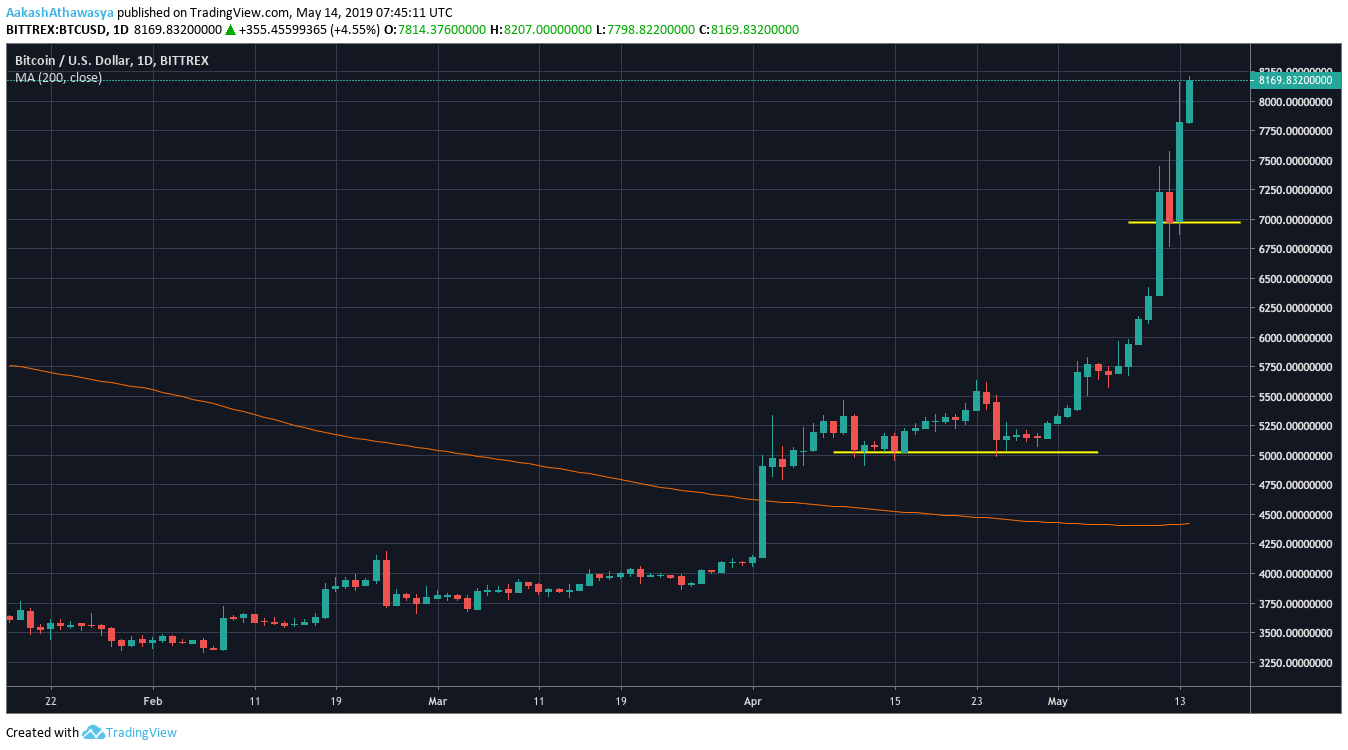 Bitcoin broke its 200-day moving average on 2 April, owing to the first inkling of the bull-run. The rise above $5,000 was the cryptocurrency’s highest daily gain since April 2018. Since then, the coin has been consistently trading above the same and it currently stands at 84 percent over its 200MA.

Additionally, a “conservative” support level can be placed at $5,024, which Bitcoin last touched on 16 April. Since then, the coin’s price has risen by 61.22 percent, breaching several resistance levels in the process. The short term support can also be placed at $6,976. However, the same is 16 percent below the current price of Bitcoin.

In order to completely confirm the “bull-run,” Woo suggests that on-chain volume is the key. He believes that this metric is a “proxy to longer term investor activity.” On-chain volume has been rising consistently since February 2019, but has flattened out in the past few weeks. 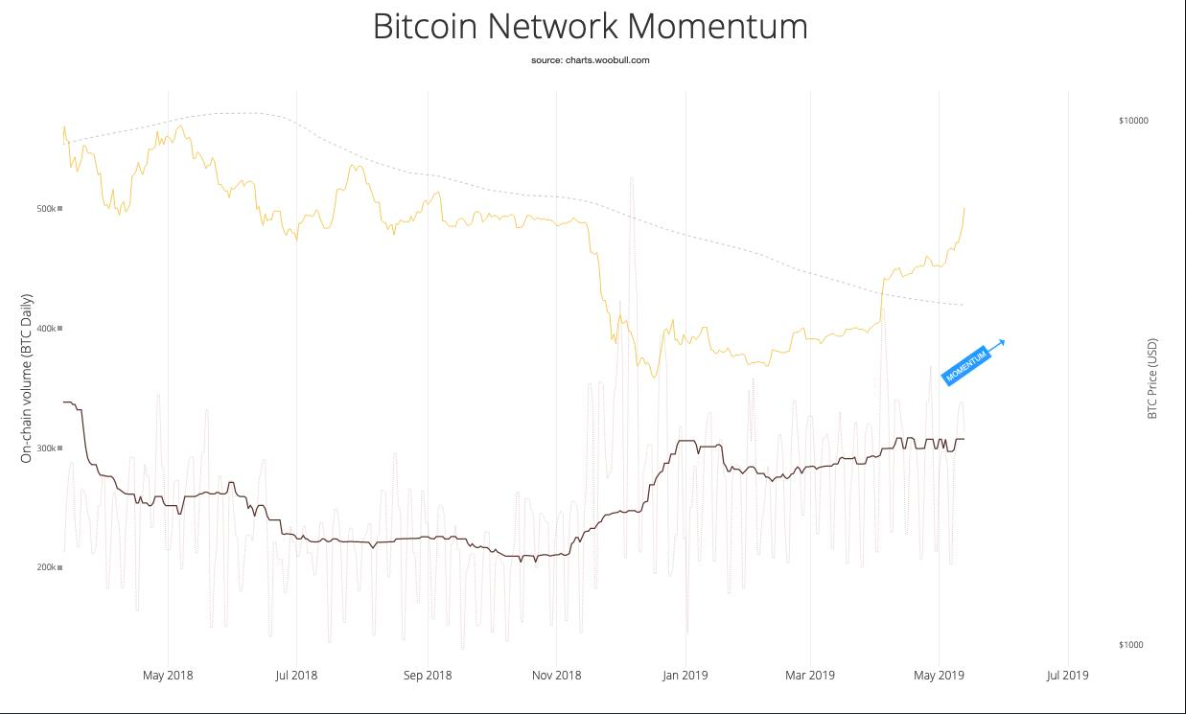 Given the FOMO that has invariably kicked in following the adoption pump by the Gemini twins and Bakkt’s recent announcement, investors are eagerly waiting for an imminent drop to buy the cryptocurrency, acting on FOMO.

Woo claimed that once the price “pulls back,” investors will flock to the market and buy the f*****g dip [BTFD]. He tweeted,“We’re now awaiting the on-chain volume to climb. On-chain volume is a proxy to longer term investor activity. That’s what I want to see for 100% confirmation.

Look for it after the price pulls back from it’s current exponential climb, as investors BTFD.”