With Blockchain week in full swing and several announcements buoying the market, the overall capitalization surged over $245 billion for the first time in months. At the head of this rally is XRP, which is making immense gains after trailing competing coins for most of 2019.

Not far behind the second largest altcoin in the market are Ethereum [ETH], TRON [TRX], Cardano [ADA] and Stellar Lumens [XLM]. The Consensus bulls, as it did over previous years, have pushed the market up while announcements from Bakkt and Coinbase have also spurred growth. 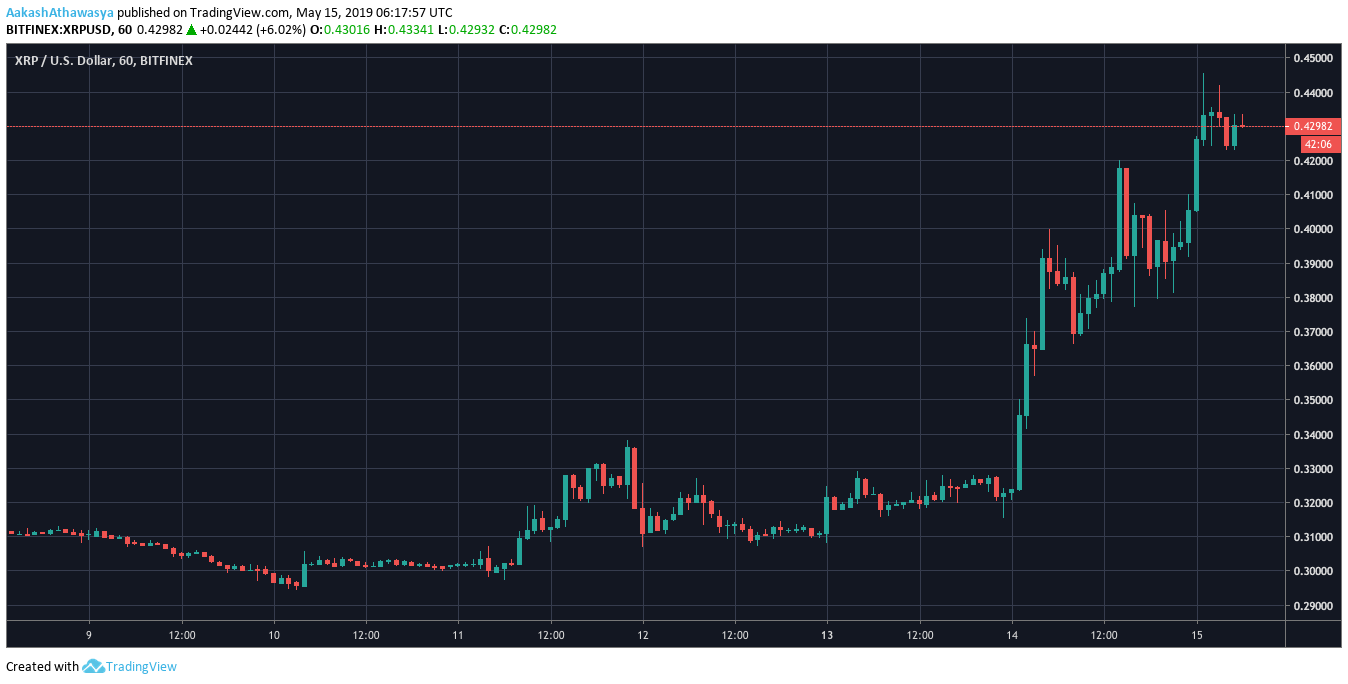 Ethereum, following last week’s massive pump over a rumored CFTC blessing regarding the ETF, began this week with an 8.94 percent pump against the US Dollar. Over the next two days, Ether breached $200 on the back of a 34.73 percent rise and was priced at $225.30, with a market cap of $24.17 billion. ZBG took the top spot in ETH volume, accounting for 4.27 percent of total volume, while Binance held the highest “real volume,” at the 27th spot with 1.28 percent ETH trade.

Following Justin Sun’s Tesla promise ‘fulfilment,’ Tron joined the market pump and rose by 9.64 percent. After dropping to $0.022 on May 10, TRX surged by 27.2 percent and was trading at $0.0288. The market cap of the coin stood at $1.92 billion. CoinTiger was the top exchange in terms of TRX volume, with the pair ETH/TRX accounting for 8.43 percent of the global volume. Binance, once again, is the highest ranking “real” exchange, on the 12th spot and holding 2.75 percent of volume in the USDT pair.

Cardano and Stellar Lumens were other top gainers in the market, recording 8.45 percent and 8.96 percent gains over a 24-hour period. Ranked 9th and 10th respectively, the two coins were separated by only $70 million market cap. Stellar was trading at $0.121, while ADA’s press time price was $0.086.

It should be noted that the only non-stablecoin that is trading in the red in the top-10 is Bitcoin Cash, which is likely down to correction since the cryptocurrency saw a massive rise over the past 48 hours.