The odds of a promising crypto-project going up in flames is a real possibility. Back in May, we had discussed the inevitability of various crypto tokens facing the bottom of the barrel due to changing monetary landscapes and structures.

However, we did not talk about some of the most popular coins today probably facing a gradual demise as well. Two of these projects reside in the top-six of the cryptocurrency charts. Any guesses? Does their name include the world’s largest digital asset? You bet it does.

You can curse 2020 as much as you want. However, for a year that saw worldwide chaos involving a pandemic, forest fires, and inexcusable racial injustice, it was also the year digital assets announced their arrival after having survived one of the worst economic collapses in the past two decades.

We are not just talking about Bitcoin anymore. There was a sense of development around Ethereum, Cardano was ruffling a lot of feathers, and several altcoins such as Chainlink, Tezos, and Compound, recently, moved up in the rankings. Now, while these crypto-assets were occupied with their own developments, there was hardly anything new or relevant happening with Bitcoin Cash and Bitcoin SV.

The rankings are hardly justified in that case. BCH and BSV holding on to top position on the sole merit of their market cap begs the question – Are these cryptos still relevant?

Bitcoin Cash and Bitcoin SV were last relevant in the space when both the hardfork assets underwent their 1st-ever halving in the first week of April. Now, if you were active in the space during that time, you would remember that the coverage received by BCH and BSV was nothing similar to the one received by Bitcoin in May.

While people discussed Bitcoin’s halving in a positive light, expecting the price to undergo a long-term bullish rally afterward, almost nobody expected anything positive out of BCH and BSV’s halving.

Users from the community were very sure that BCH and BSV would not survive the aftermath of the halving. In fact, one popular crypto-analyst was honestly “surprised.” Yassine Elmandjra, Analyst at ARK Invest, had tweeted back in May,

Elmandjra conveyed that a 51% attack can be launched against BCH with a cost of less $10,000/hour. However, at the time of writing, this tweet was already a month old. Since we haven’t heard of any such attacks, you would have expected the BCH and BSV network to become secure over the past month, right? Right? 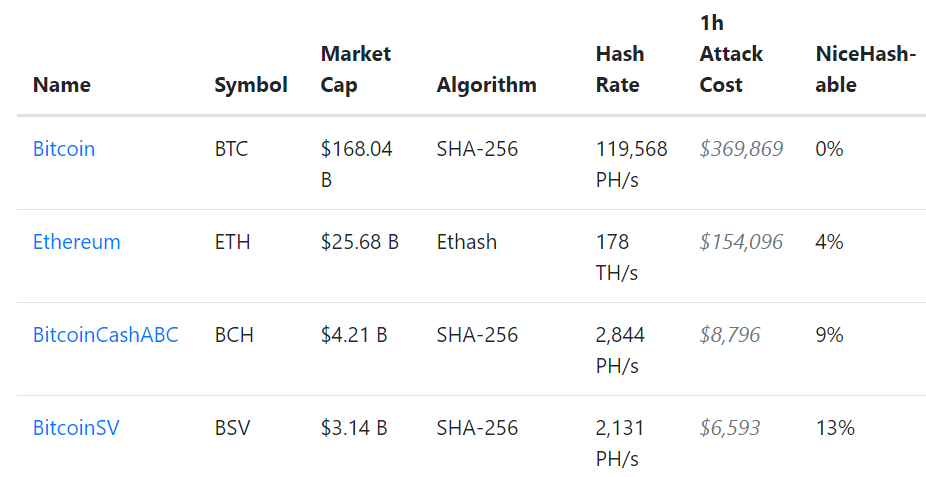 For a lack of a better word, this is embarrassing. Two months after their halving events, a motivated hacker would be able to attack Bitcoin Cash with less than $9000/hour, while it would need only around $6500 to take down BSV. I would have liked to bring your attention to the cost of attacking Bitcoin, but I am pretty sure you have already noticed that, haven’t you?

The end not here yet, but Grim Reaper awaits

Now, before we start contemplating a timeline for BCH and BSV’s eventual demise, let us review a Bitcoin Cash-focused webpage and understand that the aforementioned narrative is purely factual and does not feature any personal vendetta with Bitcoin Cash from my side.

The headline of the webpage “Why Bitcoin ABC Needs Your Support Now” does not convey a sense of confidence off the bat. In fact, it only gets worse (or sad, depending on how sympathetic you are) from here on.

The post in question highlighted that the present Bitcoin Cash funding will get exhausted by the 30th of June, due in 5 days. Certain points have underlined a lack of support and growing issues on a daily scale for the network. In their own words, the post read,

“Without resources, progress will halt and Bitcoin Cash will not be able to compete with other cryptocurrencies that are innovating and scaling. Code rot will become a serious threat. What is a minor problem today, becomes a huge issue tomorrow.”

Now, asking for support from your community is not really a negative development, but we tracked down the funding page and it doesn’t seem to be going according to BCH’s plan.

According to fund.bitcoinabc.org, Bitcoin ABC’s Funding Goal is to collect approximately $3.3 million or 14,500 BCH in order to keep the lights on in 2020. Progress reports suggested a collection that was meeting only 53.63 percent of the total target, not exactly a bad turnaround in my opinion, but still not enough.

However, individual funding for specific improvements sheds light on a shocking realization. The website had put up two separate funding addresses for Mempool Overhaul and Code Ownership. Mempool Overhaul’s development would improve unconfirmed chain transactions and scalability for BCH, while Code Ownership funding would allow Bitcoin ABC to break away from the anti-scaling technical decisions from Bitcoin Core. Now, I’ll let the pics below to convey a clear idea of the ‘support’ received by BCH from their community. 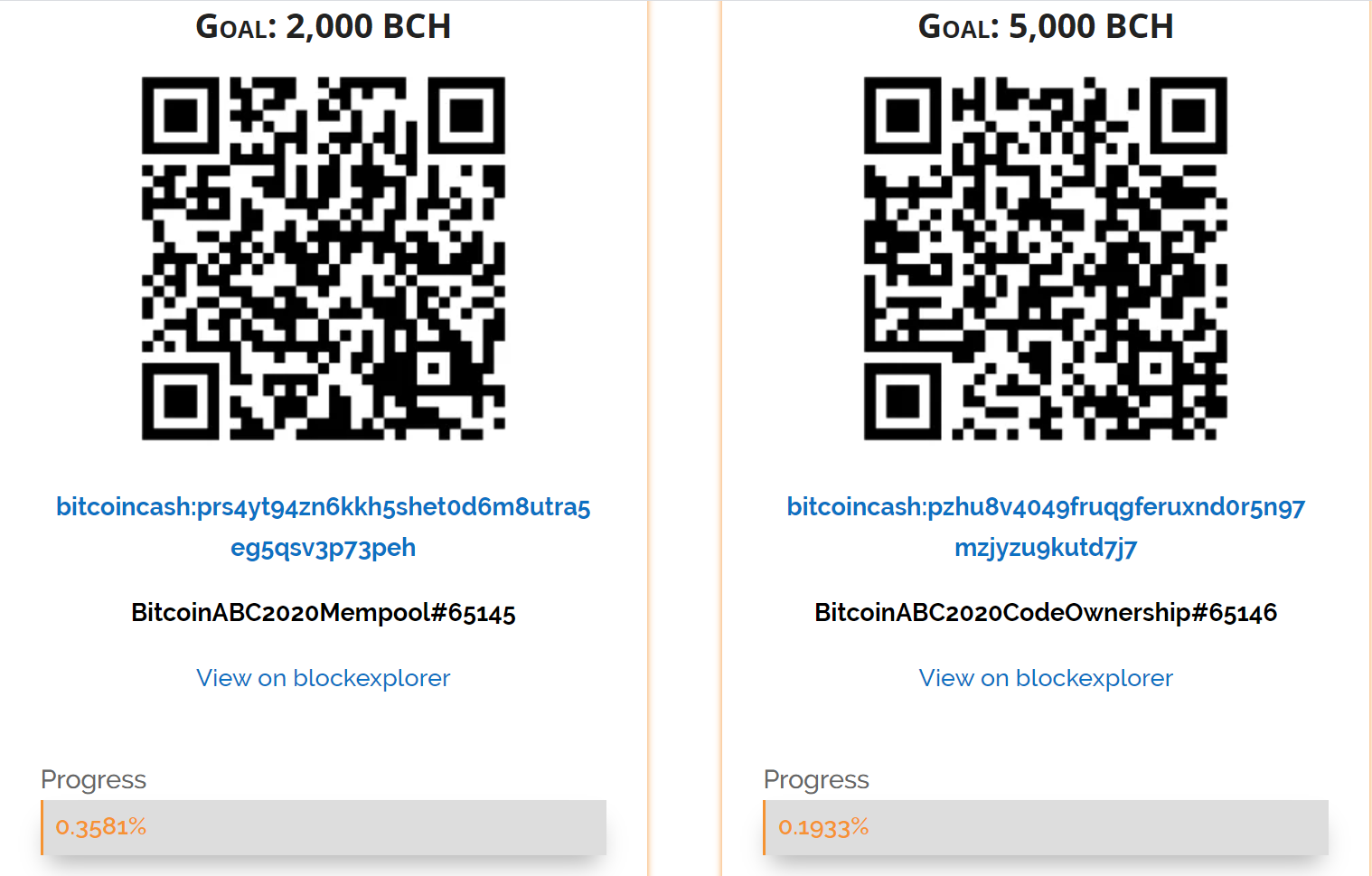 We tracked down the address for the Mempool Overhaul (top left) and we found that the last transaction came in 11 days ago, and the address had a balance of only $1,721. Therefore, it is perhaps safe to say that the goal of 2000 BCH or $4.5 million will possibly not become reality.

We tried to gather the same type of information on Bitcoin SV, but other than Coingeek (Backed by Ayre Group, ergo Calvin Ayre, ergo Bitcoin SV bull-rider), no one in the space had anything positive to write about them. For many, BSV is not worth the time and effort, a project that is being spearheaded by the self-proclaimed Satoshi Nakamoto (Yes, I see you, Craig).

Unpopular Opinion alert: Without giving too much attention to the above ‘eulogy,’ Bitcoin Cash and Bitcoin SV would probably survive for another few years. That is the ‘reality’ of the present as their market caps still allow a group of miners to remain profitable by mining these assets. However, Ryan Selkis of Messari believes that an overhaul might take place as soon as next year. He said,