The past few months have seen uncertainty rise to newer levels, with a raging pandemic crippling financial markets across the globe. For many commentators, situations like these are ideal for Bitcoin to showcase its safe-haven qualities. With the federal government on a fiat printing spree, while introducing quantitative easing measures to revitalize the economy, the effect of the pandemic is likely to be significant and long-lasting.

During a recent episode of the Unchained podcast, Mike Novogratz, Founder and CEO of Galaxy Digital, highlighted how traditional markets are in the process of quantitative easing as part of their monetary policies, while in the case of digital assets like Bitcoin, the opposite is true. Novogratz noted,

“The central banks are doing quantitative easing and the central bank of Bitcoin is quantitative tightening. We just cut the supply, the new supply in half and we’ll do it again in four more years and so it’s such a symbolically cool time for it to have happened.”

While the block reward halving was supposed to further Bitcoin’s scarcity narrative and take the price beyond $10k, so far, the halving has not really pushed the price beyond its immediate resistances on the charts. However, Novogratz argued that with disposable income increasing for many individuals in the U.S, quite a bit of that liquid cash will likely find its way into the crypto-market. He pointed out,

However, if the year, an election year in the U.S, were to see significant policy changes pertaining to the IRS’s tax policy on capital gains, it may in turn benefit crypto-markets. Novogratz went on to elaborate on how the stock market in such a scenario would be badly hit, with users continuing to move into the crypto-markets. He said,

“Also you’re going to take capital gains from 15 to 40 and the stock market’s going to choke on that. And you’re going to see a major sell-off in stocks. If the Democrats win that I think it might hit crypto for a little bit. Then all of a sudden people are gonna say now I can’t buy stocks but I can still buy Bitcoin because Bitcoin is not going to get tax like that.” 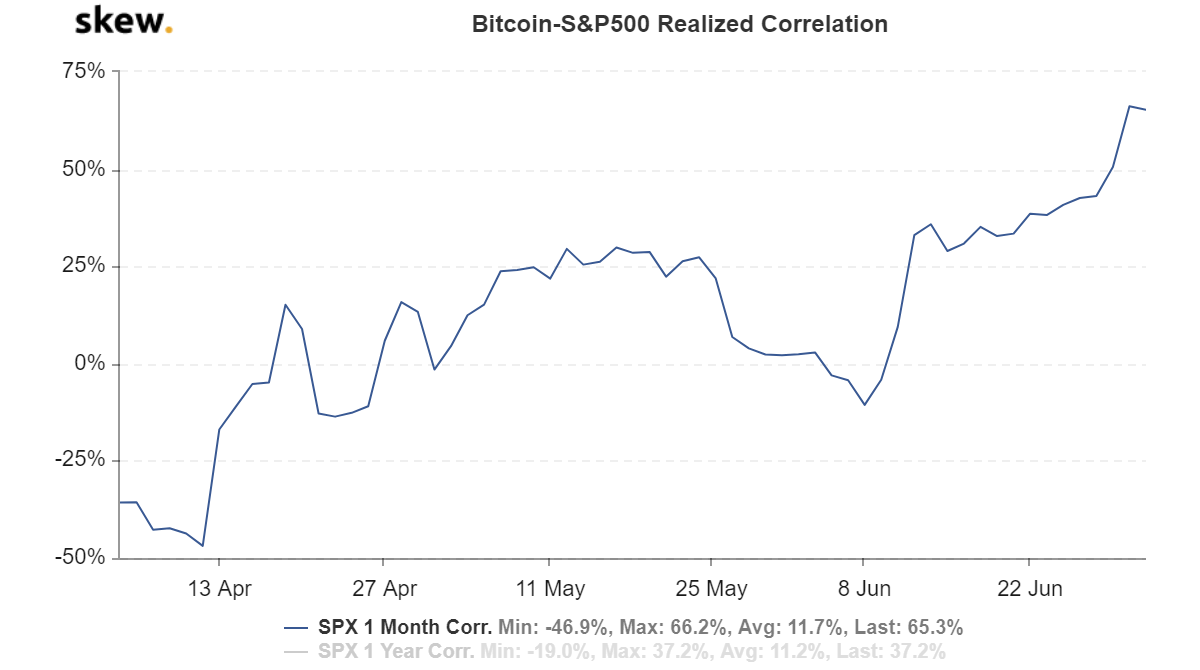 However, in the case of Bitcoin’s relationship with the stock market, namely the S&P 500 index, the correlation has continued to grow over the past 3 months. According to market data from Skew, the SPX 1-month correlation grew from -35% to over 65%.

With regard to the larger macro-environment, Novogratz pointed out that there are quite a few parallels between Bitcoin and the outside world. People today, he argued, are protesting in favour of systemic change and while there isn’t a direct correlation between such movements and Bitcoin’s price, they are invariably linked to the larger ‘macro-spirit.’