Among XRP, Cosmos, and Dogecoin, the meme coin [Dogecoin] seemed to note the best YTD performance, at press time. Odd, isn’t it? The coin was up 14.61%, while Cosmos was down 8% and XRP by a whopping 38%. The takeaway from this is that even though altcoins are all correlated, this difference is what makes portfolio diversification with altcoins very interesting. 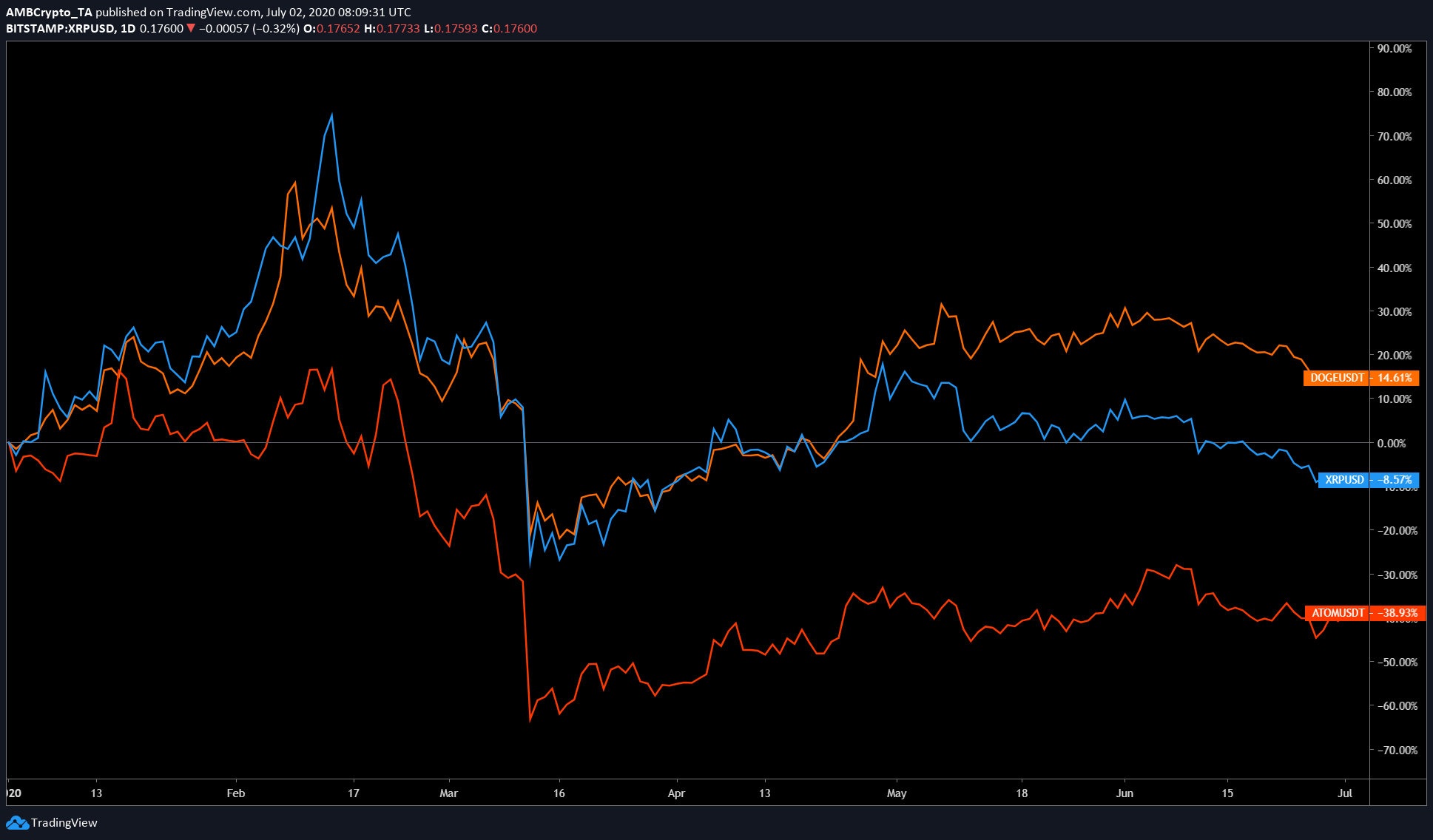 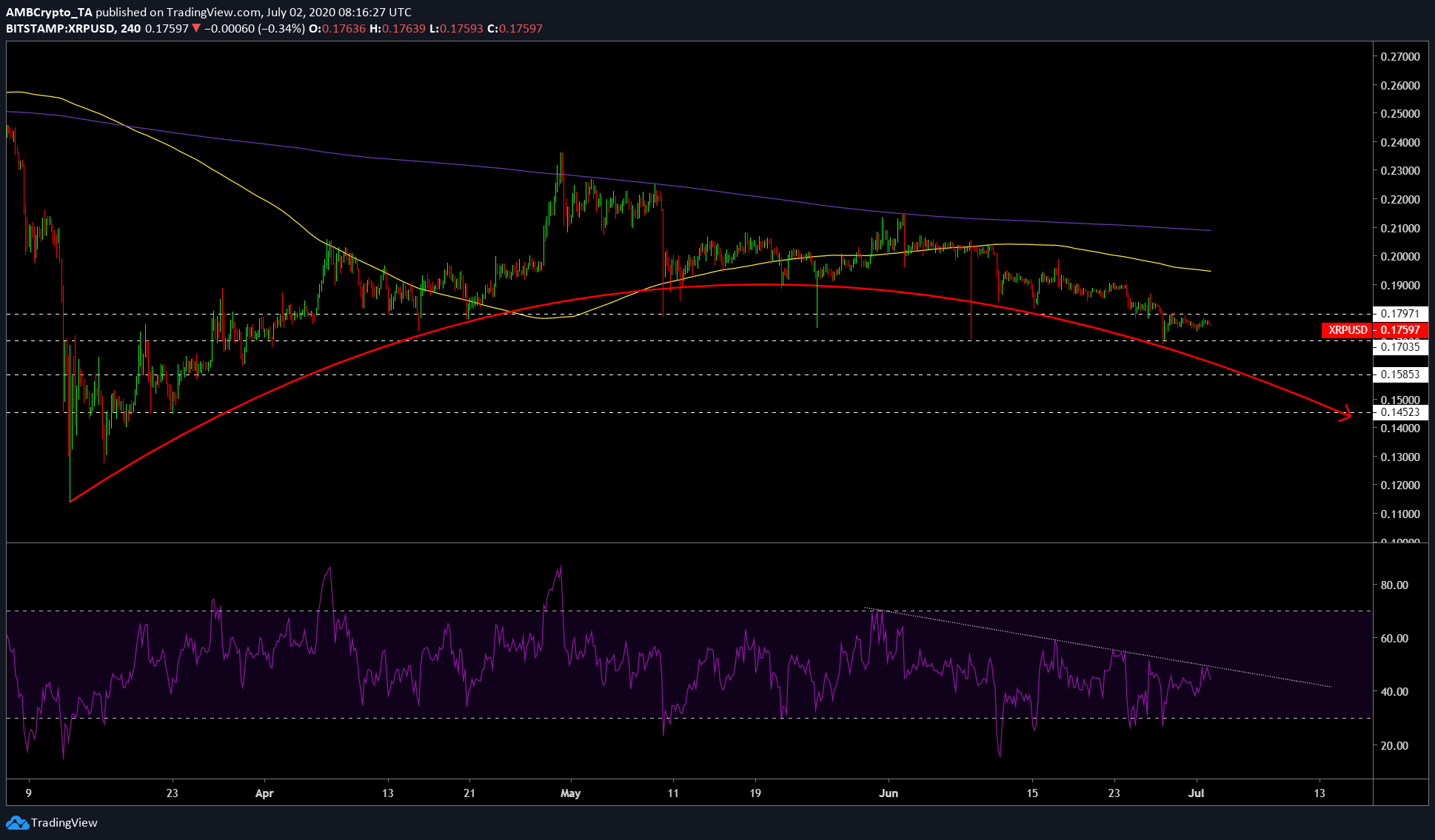 The chart attached herein pictures the price of XRP and its movements since early March and it can be observed that XRP was undergoing a slow and steady climb down to the level last seen immediately after Black Thursday. Further, the price was also seen to be well below the 50 DMA [yellow] and 200 DMA [purple], a sign of the almost nil buying action relative to the selling pressure in the market.

At press time, XRP was priced at $0.1759, with a market cap of $7.8 billion, making it the 4th largest cryptocurrency just below the stablecoin – Tether. Also, from the looks of the Relative Strength Index, the coin was heading down towards $0.1703.

With the price of XRP falling, as pictured on the charts, it may be suspected that ODL pools are also facing a liquidity shortage as well. 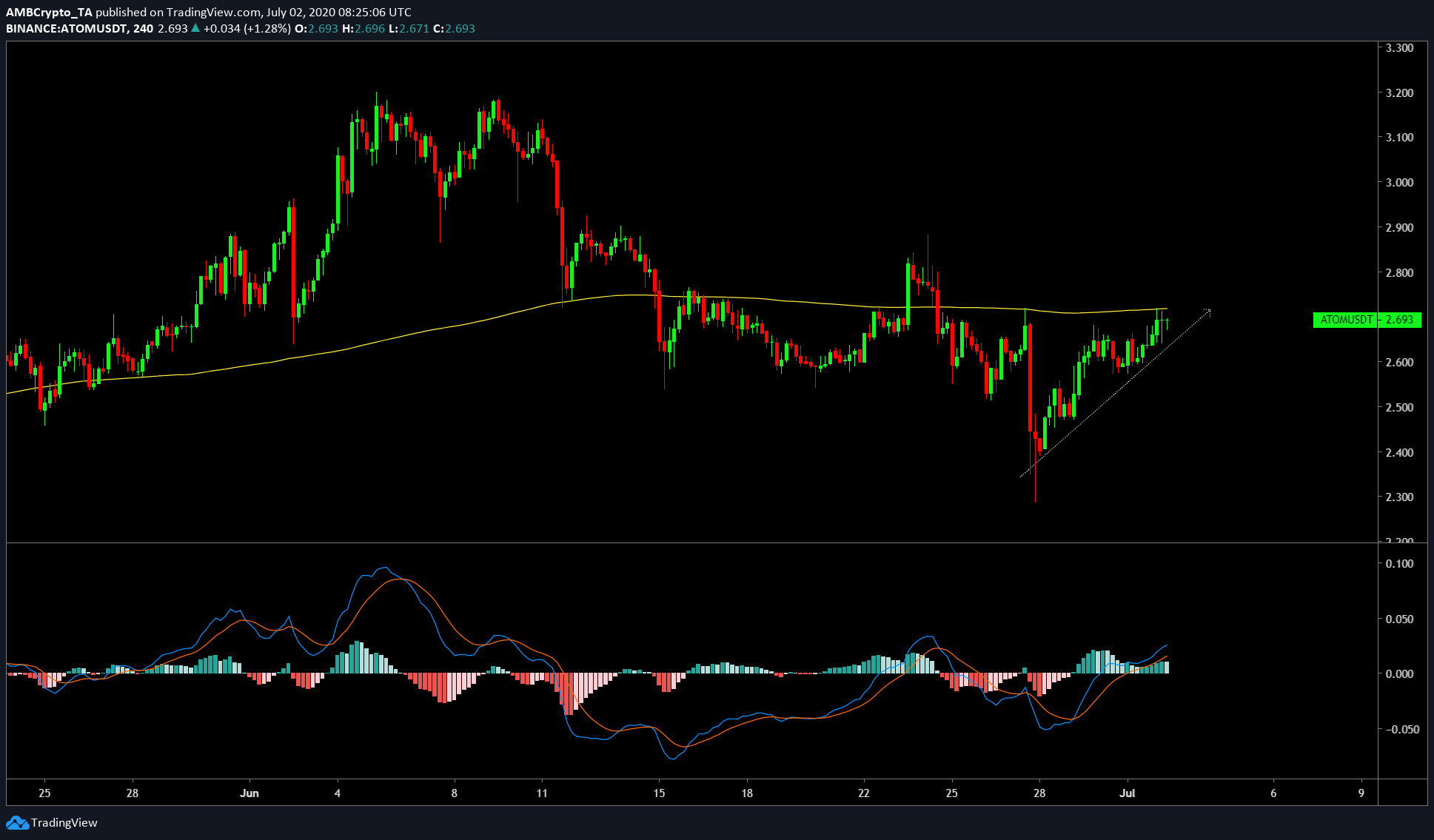 Unlike XRP, Cosmos [ATOM] was seeing its coin appreciate in value. However, this might be short-lived as the token was facing the 50-DMA, which was acting as resistance.

Based on the MACD indicator, bullish momentum was still present in the market as the MACD line was still well over the SIgnal line. Hence, if the coin breaches the 50 DMA, then the target would be $2.887.

Perhaps, the surge in price could be connected to the recent report of ATOM being one of the projects with the highest developer activity in the ecosystem. 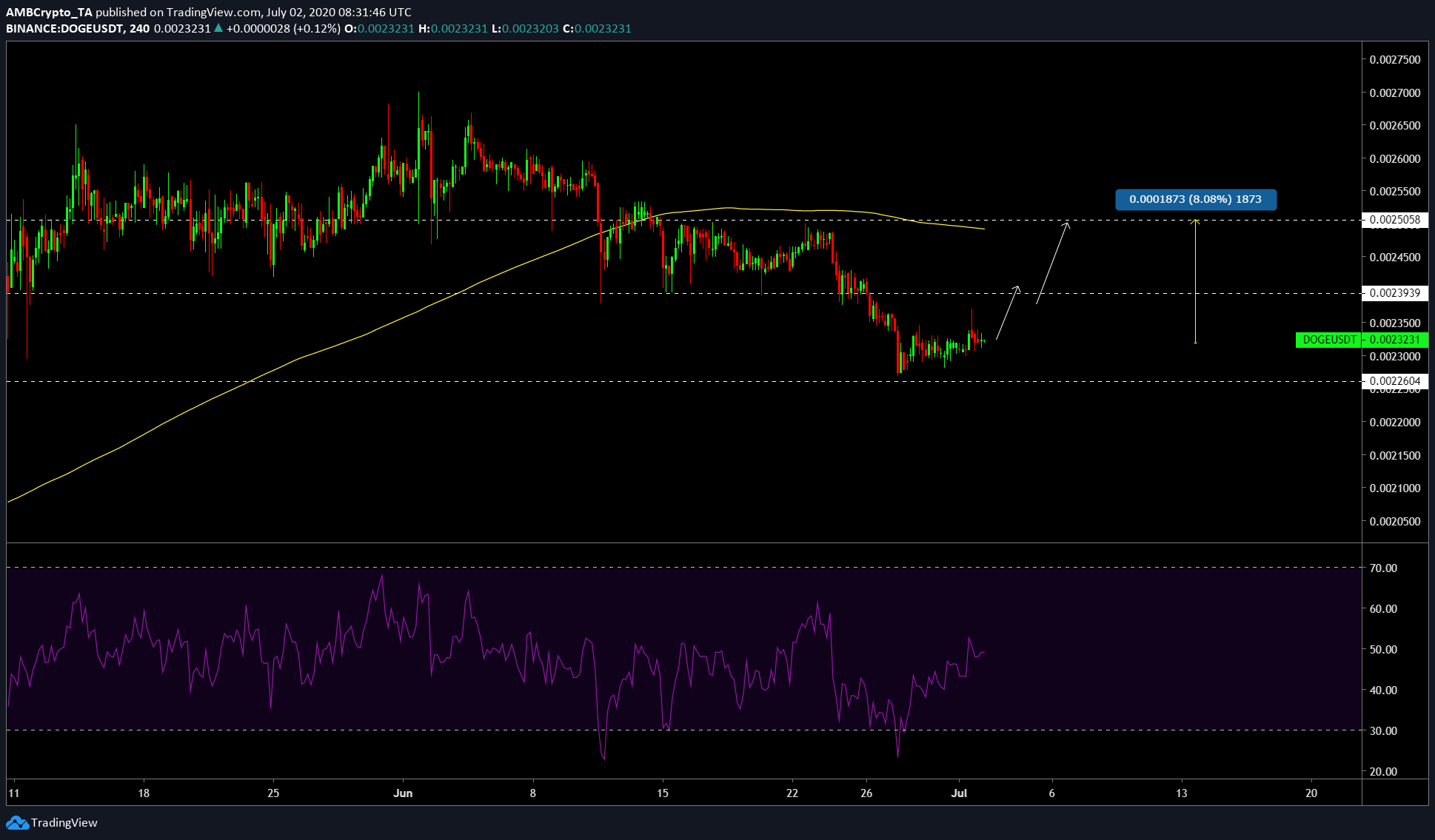 According to the Dogecoin’s price chart, the price has seen a good bounce off its long-term support at $0.00226, which opens up two bullish targets for the coin in the near-term.