The cryptocurrency market hasn’t been noting an upward trend lately, with most major cryptos choosing instead to consolidate over the past couple of weeks. However, such price movements haven’t necessarily painted a bearish picture for many major crypto-assets. Litecoin is a case in point.

Litecoin’s value has depreciated over the past month, probably a product of no new updates from the Litecoin Foundation’s end, apart from the announcement of Litecoin Core 0.18.1’s release.

Litecoin, at the time of writing, was being traded at a low of $41.57, with its resistances marked close to $42, $44, and $47, given its historic movement. However, the downward sloping price of the digital asset was giving way to a bullish pattern which was awaiting a breakout, at press time. 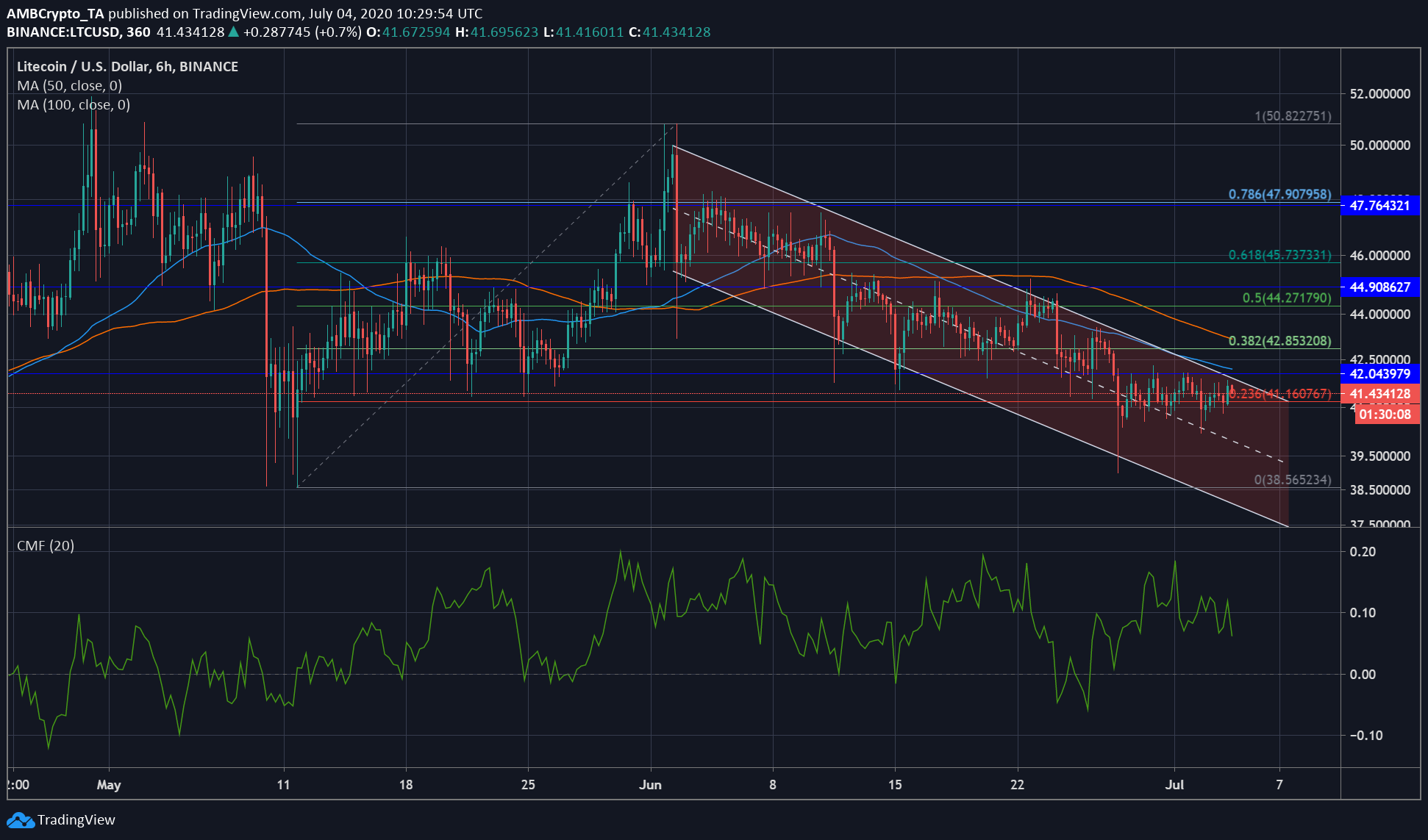 As per Litecoin’s 6-hour chart, the price began trending downward as soon as June began after correction set in the market. Since then, Litecoin has been unable to hold on to the $45-mark, slipping further down to $42. At press time, with the crypto-asset valued at $41, it was close to the support offered by the Fib Retracement at 0.236. The price, however, has been rebounding at this level and may not sink below $41 as it has been a crucial support for the coin over the past few days. On the contrary, if the selling pressure were to rise, the coin may take a dip to $38.

If the price breaks out of this pattern, it could spike to $42 due to strong resistance present at this level. If the coin does manage to push through this, the price may climb to $44.27.

Given the low price of Litecoin, the crypto-asset lay in the buying territory, as highlighted by the Chaikin Money Flow [CMF] indicator.

Further, even though the correlation, at the time of writing, had dropped meagerly, the correlation between Bitcoin and Litecoin continues to remain high. With the correlation so strong,  LTC may continue to follow Bitcoin’s lead, in terms of the price trend.

Going by the indicators, Litecoin’s price might take a u-turn and will likely reach a price point of $42.85 within the next few days.