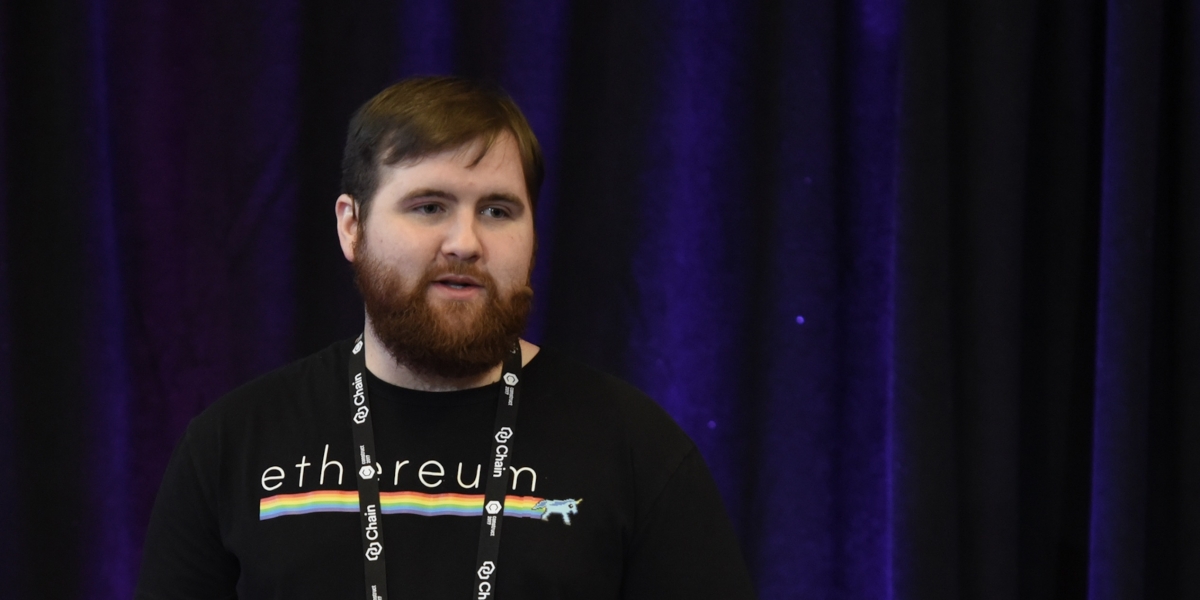 NEAR Protocol (NEAR) is one of the most popular platforms that pioneered the concept of sharding, i.e., splitting the blockchain onto a web of interconnected sub-chains. A similar solution will constitute the backbone of Ethereum 2.0, the proof of stake (PoS) iteration of Ethereum (ETH). Right now, NEAR Protocol cofounder Illia Polosukhin is not so enthusiastic about ETH1-ETH2 migration. Why?

Current Ethereum is here to stay

Polosukhin doubts the prospects of the transition from Ethereum 1.0 to Ethereum 2.0 (or Serenity). By contrast, he claims, Ethereum 1.0 will remain active and in use by developers and customers. 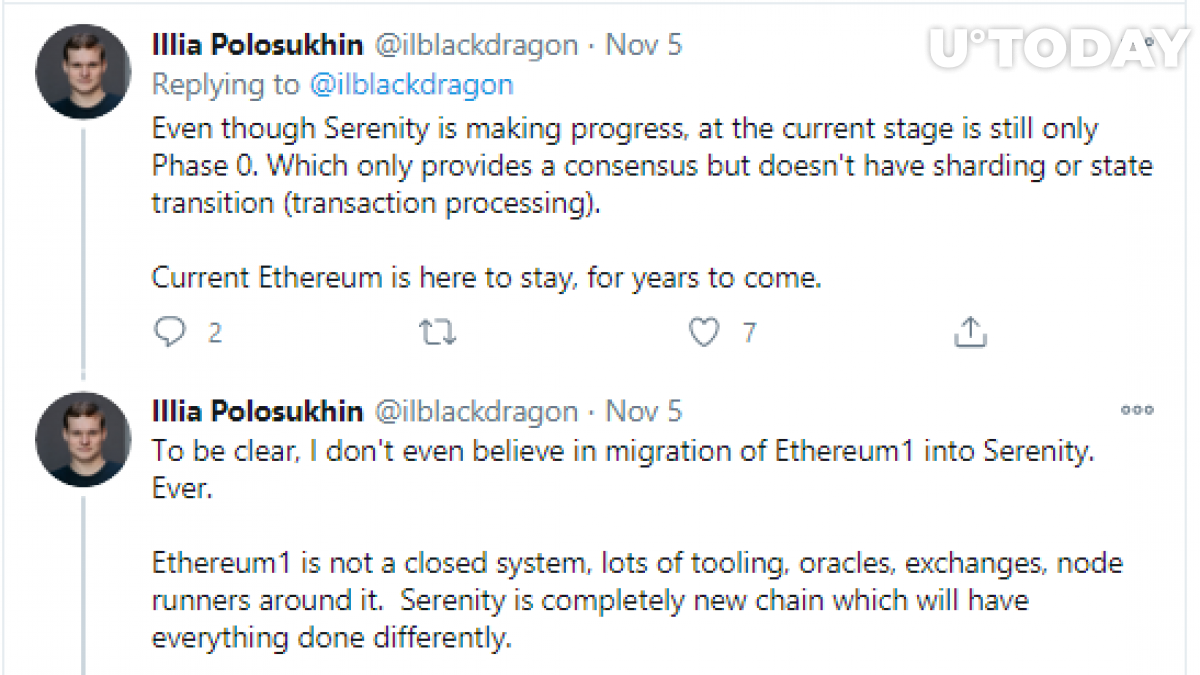 He highlighted that Ethereum 1.0 is a very sophisticated system with a number of third-party integrations, e.g., oracles, exchanges, node operators. In that context, ETH2 will be a completely new blockchain with different rules and infrastructure built from scratch.

By all means ETH1-ETH2 migration may take place by simply stopping Ethereum for some days, which would be incredibly painful for the global crypto community.

With all eyes on Ethereum 2.0, development activity on ETH1-related GitHub repositories is almost done, Polosukhin admitted. To change this situation, he announced a funding program for OpenEthereum (formerly Parity) and Go Ethereum ETH1 implementations—written in Rust and Go programming languages, respectfully.

Hudson Jameson, Ethereum enthusiast and core developer liaison at the Ethereum Foundation, passionately dismissed all doubts Polosukhin had shared. First, Jameson stressed that migration to Serenity can be organized without a pause in Ethereum mainnet operations.

Then, he refused to admit that Ethereum 1.0 development has been halted. According to Mr. Jameson, Berlin’s ETH1 hardfork was never officially scheduled for June 2020; thus, its delay should not be treated as an indicator of problems with ETH1.

In terms of alleged OpenEthereum developer dormancy, Jameson shared the response by Adrià Massanet, core OE developer. Mr. Massanet noted that the NEAR Protocol cofounder referred to an incorrect GitHub directory. He also insists that OpenEthereum devs not only keep the development process active, but also fixed some bugs left by the Parity team.

Hudson Jameson recommended that Polosukhin read ETH2’s documentation and contact its developers directly. He added that this behavior will not leave the Ethereum-NEAR relationship unaffected:

I was actually starting to think NEAR and Ethereum could be friendly and that NEAR has good intentions, but things like this from one of the most respected members of their community erases that.

The NEAR Protocol cofounder stated that his thread was not intended to spread FUD and admitted that he overlooked OpenEthereum’s progress.