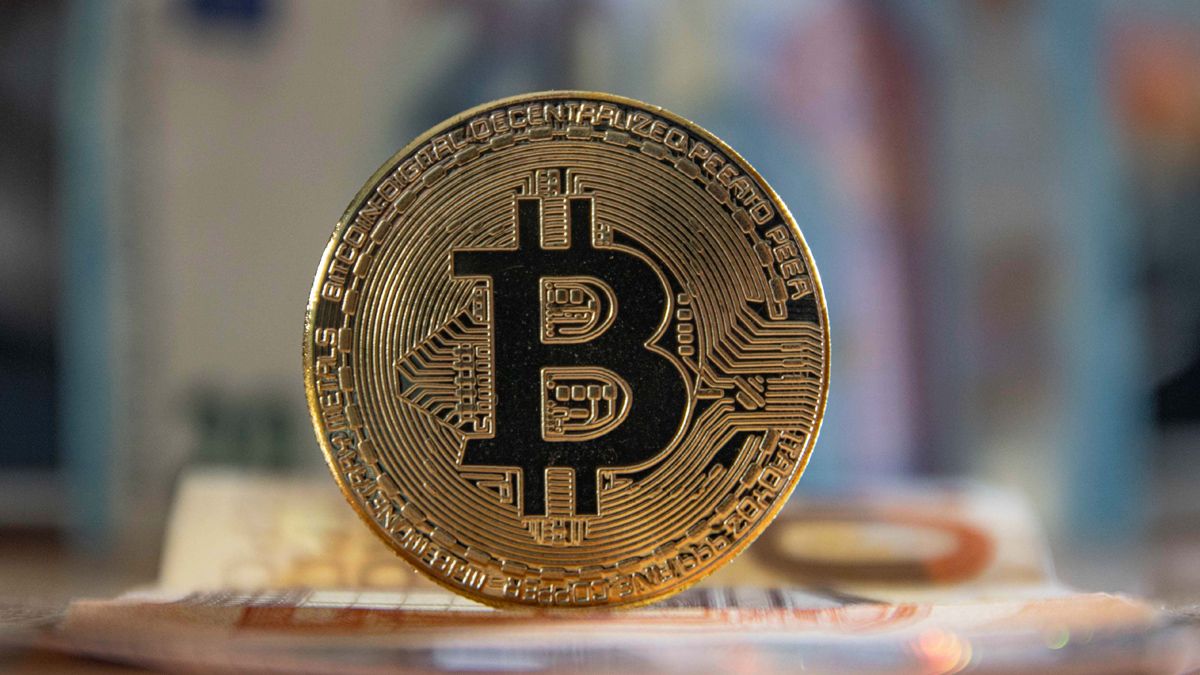 Multiple factors in recent months have contributed to Bitcoin’s upside move. For instance, Fidelity Investments launched a Bitcoin fund, thus backing the emerging cryptocurrency sector with its brand power. Later, many corporations and asset firms added Bitcoin to their portfolio as an alternative against a low-yielding bond market and a devalued US dollar.

PayPal’s foray into the cryptocurrency space last month also boosted Bitcoin’s name across its 286 million users in the US.

But the same rally has disturbed its short-term technical patterns. Many analysts agree that Bitcoin’s current value is way ahead of its actual momentum, i.e., the asset stands overbought. In short, the cryptocurrency is too risky to buy at the current levels and must undergo a downside correction before determining its next bias.

“There are only two viable scenarios right now in my opinion and one level is key for both: [a] $15.8k BTC,” said a pseudonymous analyst on Twitter. “While we are now in my short/hedge zone, I will NOT be shorting here as the bullish count may def be in play. Current stance- bullish above 15.8k, bearish below.”

The statements reflected fears about conflicting the bullish euphoria. Many traders who entered Short positions at previous tops got liquidated as the Bitcoin price continued its upside momentum. Bears now wait for big whales to initiate the next correction so they could confidently gear up to target lower price levels.

A HALF PERCENT PLUNGE

Bitcoin showed signs of rejecting breakout attempts above new higher highs on Monday. The cryptocurrency’s escalation to $16,892 met with a swift downside response. Some traders sold it at the top to secure their short-term profits, leading to a modest 0.5 percent plunge. 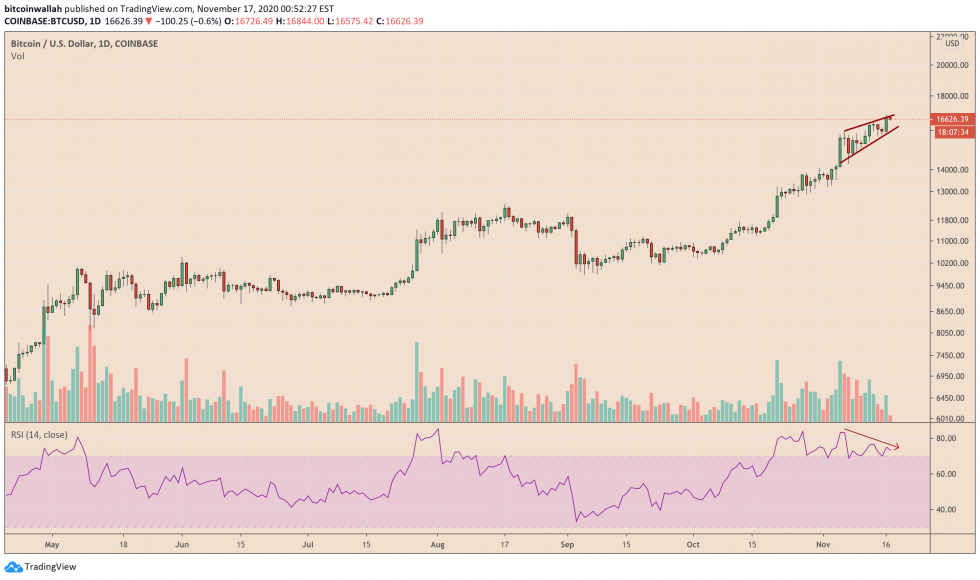 Bitcoin is in a Rising Wedge pattern. Source: BTCUSD on TradingView.com

The correction also surfaced at the Rising Wedge’s upper trendline, indicating an extended move down towards the lower trendline. Technically, the BTC/USD exchange rate expects to hold the range unless it explodes below the lower trendline for good — and begin a bearish reversal.

“The rising wedge is a concern,” said one daytrader, “with 1D triple bearish divergence formation, and on the weekly, RSI levels [are] above overbought territory as well.”

Nevertheless, the fundamentals are offsetting the fears led by the bearish technicals. Just yesterday, Game of Throne’s star Maise Williams endorsed Bitcoin on Twitter via a poll wherein she asked whether or not to Long the cryptocurrency. In the same thread, billionaire investor Mike Novogratz said he is buying more Bitcoin.