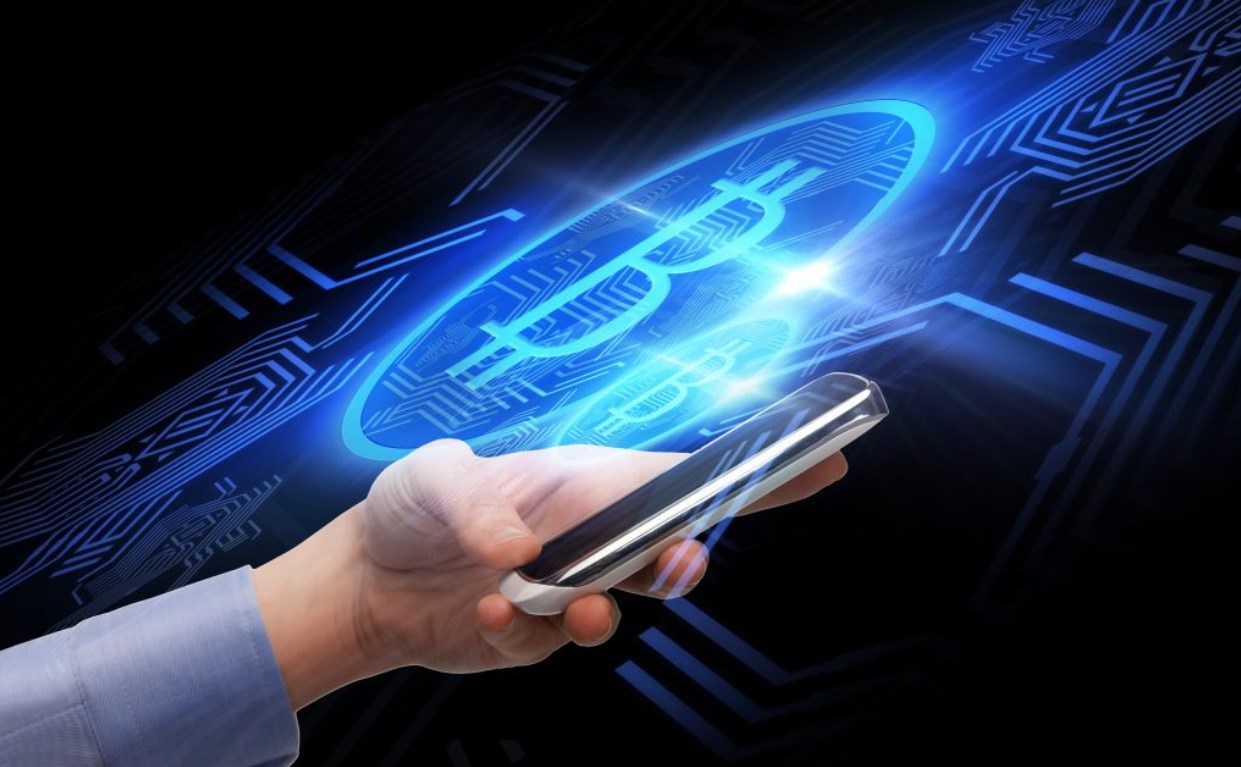 In the last six months, Bitcoin mining profitability has increased by more than 30% as the cryptocurrency’s price soared to heights not seen since 2017.

As a result, interest in Bitcoin mining has skyrocketed, with the Bitcoin hash rate climbing by more than a third in the last six months.

If you’re looking to get involved in the action, then you are going to need three things: a Bitcoin wallet; suitable mining hardware (such as a powerful CPU, GPU, or ASIC); and the mining software that’s used to bring everything together.

Fortunately, there is now a huge range of options available for the software used for mining—but they can vary considerably in their ease-of-use, functionality, and efficiency. We’ll cover the best of these to help you spot the one that works best for you. These were all tested on a Windows device, but many feature compatibility for multiple operating systems.

Did you know?
Cryptocurrency miners can often be flagged as malware by some antiviruses, but this is generally not accurate when downloading from the original source.

It is extremely efficient and uses minimal CPU and RAM, and has heavily threaded code design to maximize multi-threaded CPU architectures. It supports GPU, FPGA, and ASIC mining—with automatic support for many of the most popular Bitcoin ASIC miners, including Bitmain’s Antminer.

The miner supports multiple pools and can automatically switch between them, and is designed to support mining operations of any size without performance loss.

Unlike most of the other miners on this list, you’ll need to compile CGMiner yourself using the source with MinGW. Detailed instructions are included describing how to do this, but it is a somewhat lengthy process that will take around 20 minutes.

Precompiled versions are available, but it’s important to check that your download comes from a reputable source to ensure it’s not riddled with malware.

Once compiled, you’ll be able to run the resulting CGMiner executable, loading its simple command-line interface. Here, you can manage your devices and settings using four simple commands.

As its name suggests, EasyMiner is all about making cryptocurrency mining easy. It is currently only available for Windows devices.

Easyminer is most commonly used for mining Bitcoin and Litecoin, but also supports Bytecoin, Monero, and most other cryptocurrencies that use either the scrypt and SHA256d mining algorithms. It features embedded mining pools, making it simple to choose a pool. But for those with a larger mining network, it also supports solo mining.

The miner features an extremely basic, but clear and easy-to-understand user interface. It also features a built-in chat channel, where users can discuss and troubleshoot issues. It is lightweight and uses minimal CPU and GPU resources, helping to maximize mining yields.

Though the miner is easy to navigate, we did find that switching which coin to mine was a less than simple task. By default, the software only supports Litecoin mining. To switch to a different coin, you need to manually input the parameters into the setup screen—or modify and load one of the configuration files supplied by Easyminer.

Awesome Miner is a powerful cryptocurrency miner that supports a wide range of coins and algorithms. It is currently only available for Windows and Linux systems, and is available as a pre-compiled executable.

Users can select from a variety of miner types—including managed miners which essentially hand over full control of the mining parameters to Awesome Miner, and managed profit miners, which are similar, but also allows Awesome Miner to automatically switch mining algorithms if a more profitable coin is available.

As of writing, Awesome Miner supports well over 100 different coins—each of which can be easily ordered by potential revenue, algorithm, and other parameters. It also offers incredible flexibility for users, giving users full control over how their miners perform. The interface is understandably busy, given the number of features it offers, but still relatively simple to navigate.

Billed as a modular cryptocurrency miner written in C, BFGMiner is one of the most popular Bitcoin mining clients. It features dynamic clocking, remote interface capabilities, and is compatible with several operating systems—including 32 and 64 bit Windows, as well as several Linux distros.

It’s also available for MacOS, but the installation process is somewhat challenging unless you use a pre-compiled version.

Like many other pieces of mining software, you will need to have MinGW or a similar program installed to compile your own BFGMiner executable. You will need to install YASM separately if you want to use BFGMiner for CPU mining.

It is controlled using a simple to navigate command-line interface which is used for selecting a server and the mining hardware, and changing basic parameters. There’s not much more to it than that—which makes it super lightweight and efficient.

If you like the sound of BFGMiner, but are not keen on controlling it through the command line, then MultiMiner could be a suitable alternative.

This is a desktop miner that uses BFGMiner as the underlying mining engine. MultiMiner uses BGFMiner to detect available mining hardware, and then presents a simple user interface to control these.

If you’re a newer miner, MultiMiner features a simple Getting Started wizard that will help you select an engine and coin, and select a pool to mine with. It will also install the latest version of BFGMiner automatically.

It features a range of built-in strategies, allowing you to automatically mine different coins based on their profitability, difficulty, or price. It supports a total of 20 different mining algorithms, including scrypt, Ethash, SHA256, Groestl etc, making it suitable for mining a large range of cryptocurrencies—including Bitcoin, Zcash (ZEC), Ethereum, and over a dozen others.

MultiMiner can be remote controlled using an associated application known as MobileMiner. This will allow you to control your mining rigs via MultiMiner using your mobile device.

Overall, its simple user interface, in combination with its wide range of features and customization options makes MultiMiner an excellent choice for those looking to upgrade from BFGMiner.

Cudo Miner is a breath of fresh air as far as Bitcoin miners go. It’s refreshingly simple to use and is compatible with a wide array of operating systems, including Windows, MacOS, CudoOS, Linux, and ASIC.

The mining software itself is already pre-compiled, avoiding the headaches that come with some alternatives, and it offers its own mining pool—essentially taking all the difficulties out of setting up a Bitcoin mining operation.

Its powerful feature set includes automatic algorithm switching to maximize profitability, and allows users to set the mining intensity or timing. Right now, it can be used to mine four coins: Bitcoin (BTC), Rivex (RVX), Ethereum (ETH), and Monero (XMR).

The platform is mostly controlled through the Cudo web app, which allows you to set up and manage workers, manage payments, and create and apply custom configurations. It definitely earns its place among the simplest to use Bitcoin miners.

However, this does come with a downside—it’s not free to use. Unlike with many other miners, you’ll be charged up to 6.5% commission for using Cudo Miner, but this can go to as low as 1.5% for those that mine more than 10 BTC.

Kryptex takes a somewhat different approach to cryptocurrency mining. Rather than allowing you to choose which cryptocurrency to mine, set up a pool, and keep track of profitability, it instead simply pays you for your computing resources.

Getting started is a matter of downloading the Kryptex program and creating an account. It will then run a short performance test (took us 4 minutes). Once complete, it will start mining and display an estimate of your earnings.

The exact amount you will earn varies over time, and depends on the specifications of your computer or mining hardware. For reference, we tested Kryptex on a rig running an RTX 2070 GPU and an AMD Ryzen 3600 processor—roughly mid-range PC specs—and were quoted ~$49/month in earnings.

This estimation was provided when switching to pro mode (which uses both CPU and GPU for mining). Lite mode only uses the CPU, and hence pays less (in our case ~$24/month).

Although you are unlikely to make quite as much using Kryptex as if you were to mine solo or use a pool, the simple setup process makes it considerably easier to use than everything else on this list. This could make Kryptex a suitable alternative for those with negligible electricity costs and/or ample hardware.

It also suits a range of payout options not available to most miners—including fiat options like Visa/Mastercard payments, Qiwi, and UnionPay, in addition to regular cryptocurrencies like Bitcoin and Ethereum.