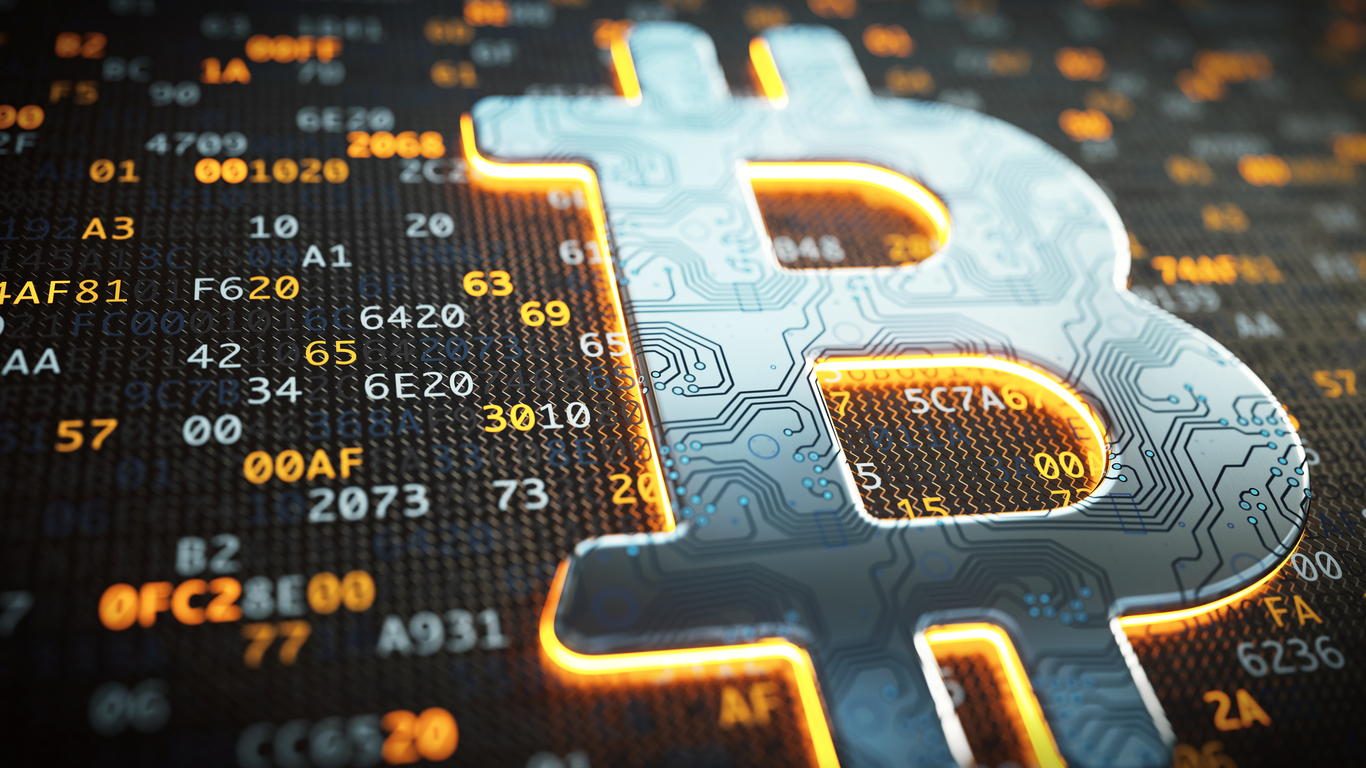 The past days were a real rollercoaster ride for the Bitcoin price. Before last weekend, hardly a day went by on which the price did not fluctuate by more than 1,000 USD. Over the past weekend, however, some calm came to the crypto market. The price of BTC had stabilized at 19,300 USD at the time of going to press and thus recorded a 4.5% increase over the last seven days.

As the data analysis company Santiment shows, the cooling of the market is also reflected in the “social volume” on Twitter. When Bitcoin reached a new all-time high on some exchanges on December 1, there was great euphoria. However, after BTC failed several times to break through USD 20,000 and establish it as a support level, the hype flattened somewhat:

According to the social volume and positive/negative commentary ratio of #Bitcoin on #Twitter, it does appear that the euphoria has died down a bit as market prices came up just short of $20k on previous attempts. But still more optimism than $BTC‘s normal resting average.

Nevertheless, the bulls have the market firmly under control. With a closing price of just under USD 19,400, Bitcoiners can celebrate the highest weekly close ever. Many analysts see this as confirmation that Bitcoin is currently not forming a “double top” near the USD 20,000 mark. Nevertheless, it could currently be the calm before the storm.

Is the Bitcoin share price threatened by strong volatility again?

According to analyst “Hornhairs”, BTC has formed a symmetrical triangle formation on the 1-hour chart, which could confirm the upward trend if the price breaks above $19,500. On the other hand, a loss of the $18,600 mark could mean another correction. 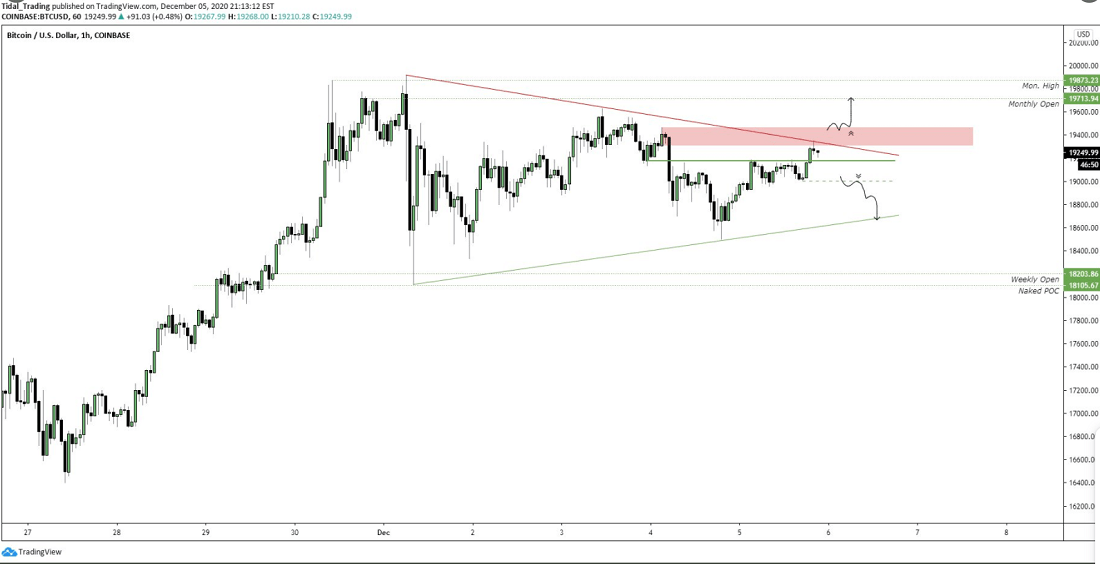 The analyst “Credible Crypto” shared a much more bullish analysis. After the massive bull run in November, the last 3 weeks may have been the correction eagerly awaited by many analysts. According to the Elliott Wave analysis, BTC could go “to the moon” within the next days.

What if I told you, this last 3 weeks of sideways movement WAS our major correction? $BTC.

Despite the predominantly bullish sentiment in the long term, however, there are also voices warning of a further significant correction. The selling pressure between USD 19,500 and USD 20,000 is still considerably high and could further hinder a further rise in the share price in the coming days and weeks.

With this in mind, “Crypto_birb” recently stated in a tweet that Bitcoin could experience massive volatility again in the coming days. He pointed to a triangular formation that has formed after the recent decline of the cryptocurrency to lows of $16,400.

When uncertain about the direction, I always switch to linear $BTC chart to filter out the market noise. The price essence shows clear consolidation which is contracting in the form of a triangle. Nearing the apex, today I’d expect big breakout and big volatility. Set stops fam.