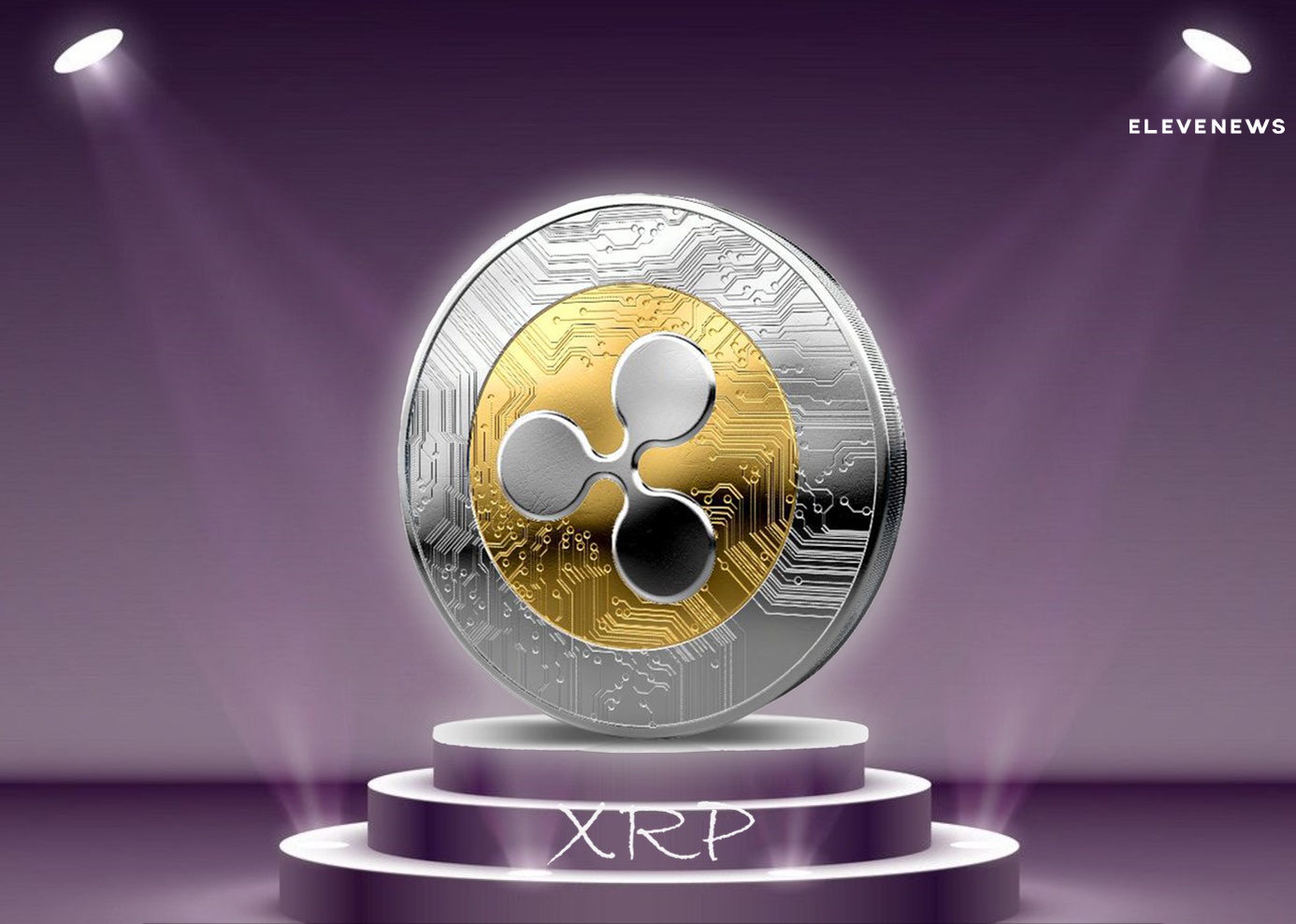 The performance of XRP is extremely bullish over the last 30 days, recording a return of 135%. Despite the fact that the major cryptocurrencies register losses in the last 24 hours, at the time of publication, XRP is trading at $0.58 at the time of release, managing to maintain an important support level.

According to the technical analyst Credible Crypto, XRP is targeting $1.15 at the moment. The trader has been extremely bullish on XRP over the last few weeks, even claiming that the digital asset could reach $25 or $30, in the next bull cycle.

Correlation between XRP and Bitcoin (BTC)

However, as most recently stated, Credible Crypto believes that a break from current levels is tied to Bitcoin‘s price performance. The trader has set a target price for BTC of $19,000, as a key support level that serves as an indicator of future upward movement. Credible Crypto indicated the following regarding the Bitcoin price:

I think that was it. I think this correction is over. Bitcoin price at 18.7k atm. Will revisit this in a couple weeks. $BTC.

Furthermore, the analyst said “XRP getting ready to rip. Fasten your freakin seatbelts,” and shared the following chart. 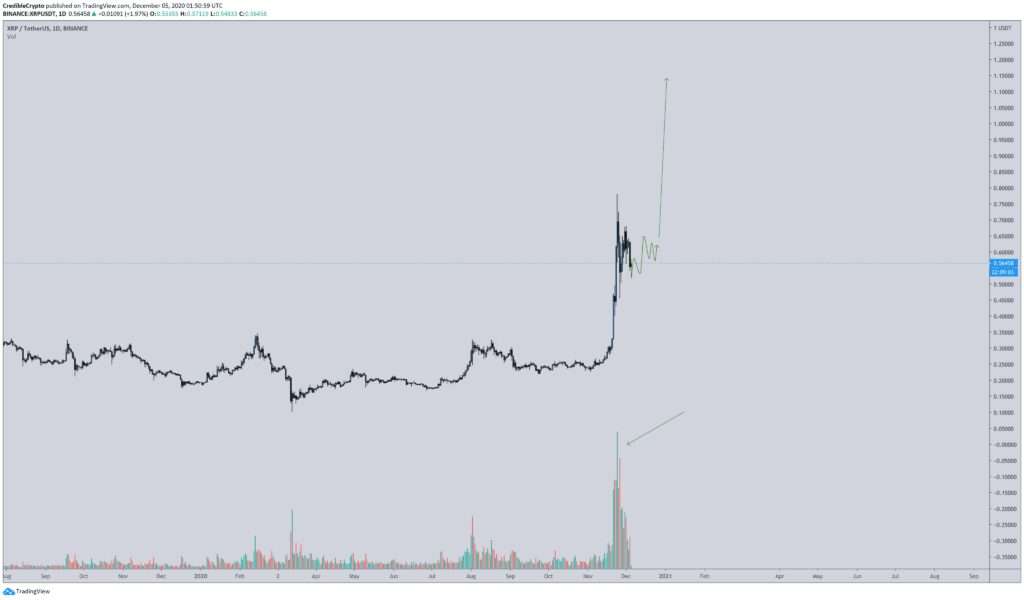 Credible Crypto also believes that the XRP is poised for another setback before climbing to new yearly highs. The trader Mr. Parabolic agreed with this assessment. He stated that the major cryptocurrencies and Bitcoin are “dumping” as a “major retest” of a weekly support/resistance flip, as the chart below indicates.

What if I told you this little “dump” you’re worried about was just a major retest of a weekly s/r flip? Oof. 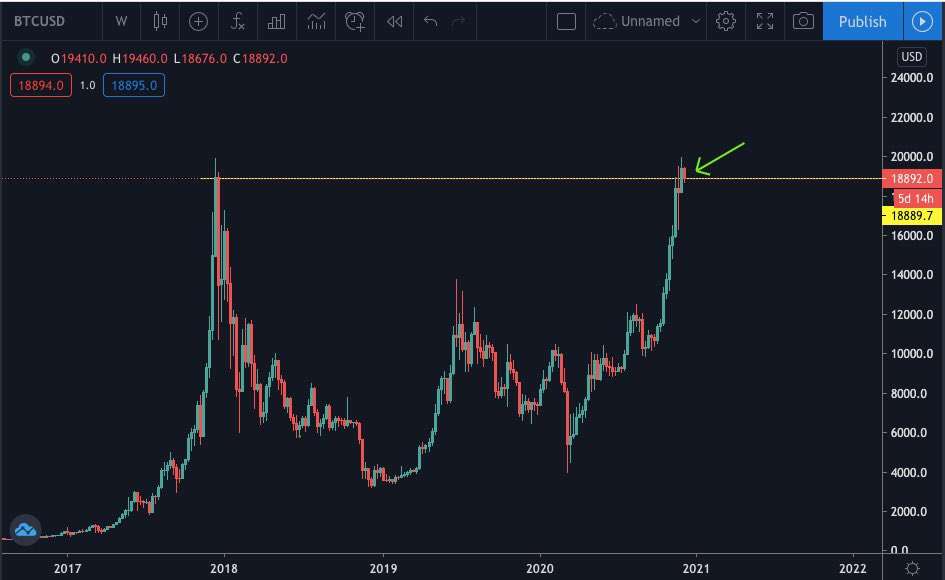 Another trader who is bullish on XRP is Michaël Van de Poppe. In a recent analysis, the trader also analyzed that the price of XRP and Bitcoin are correlated. Indicating that the next airdrop of the Spark token will have a positive impact, Van de Poppe stated:

The momentum is on Bitcoin, but there is also significant momentum on XRP as there is an airdrop approaching in the coming week… The $0.22 [mark]flipped for support which granted that we’ve made a higher low structure in this upward structure during the year 2020 after which this downtrend broke to the upside, resulting in such a massive impulse wave toward $0.80.

The trader predicted that there would be a drop like the one the market is currently experiencing, where $0.45 will act as a support level for XRP or much lower at $0.36 to $0.32 if the price of Bitcoin drops below the $18,500 mark. Then, investors could see a push towards $1.

Van de Poppe attributes the good performance of the major cryptocurrencies to institutional adoption. Although this does not leave the market except of corrections, the trader expects the adoption to increase:

More and more institutions and big funds jumping over to allocations in $BTC. It’s the start of an avalanche of money to the cryptomarkets fueling the big bull cycle.