Project Catalyst, a unique community-driven initiative by Input Output HK, shared an update to its operations.

From dApps to DeFi on Cardano

In its latest Twitter “megathread,” Input Output HK announced that the first-ever community referendum with $250,000 in ADA will take place very soon. Thus, the most promising early-stage products will receive funding to bring their ideas closer to mainnet. 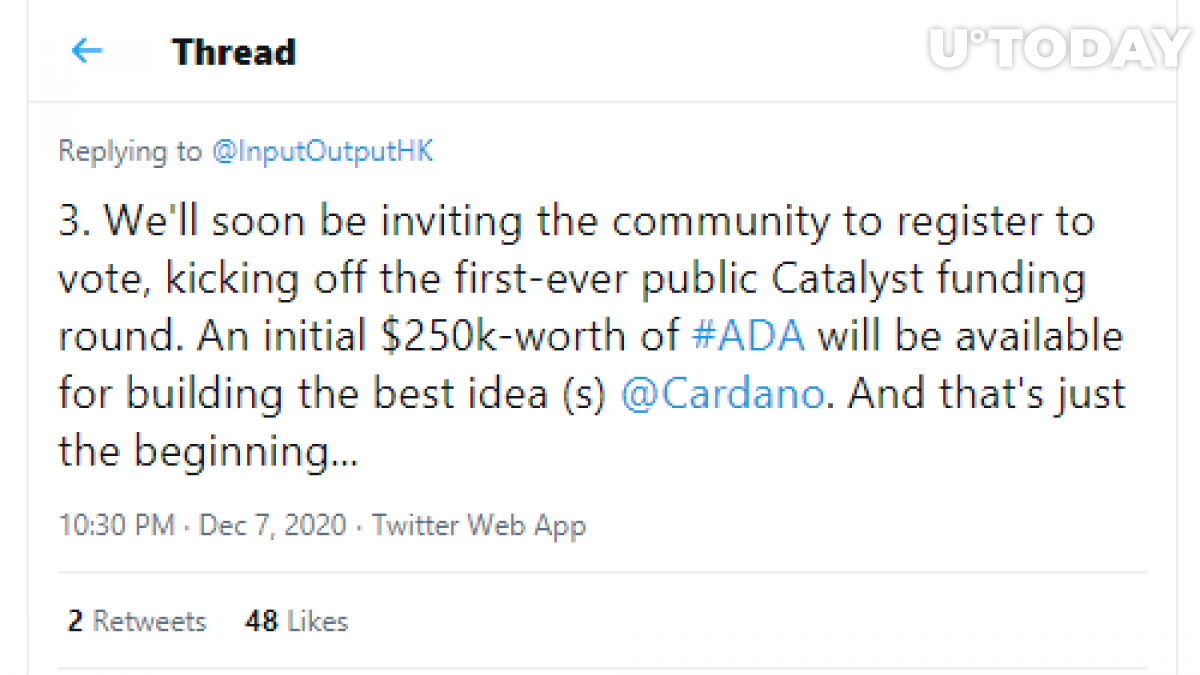 Image via TwitterToday, on Dec. 8, Project Catalyst starts its “Festival of Ideas” phase. Its team will pitch the most interesting and viable ideas daily to keep the community informed about Project Catalyst’s residents.

The first one is Liqwid, a pioneering DeFi product built on top of the Cardano (ADA) blockchain. It promotes itself as “Cardano DeFi Lending Markets” and offers instruments for noncustodial liquidity provision. Like existing LP environments, it will allow its users to earn on their idle liquidity.

Next steps for ADA community

New ideas will be released by Project Catalyst day by day. Also, its team is certain that, in the coming year of 2021, many more referenda with millions of dollars in ADA equivalents will be organized to bootstrap the development and adoption of Cardano-focused products.

As covered by U.Today previously, Project Catalyst is an unparalleled initiative by Cardano’s IOHK launched without fanfare in early Q3, 2020.

Very soon after going public, it inked a partnership with the United Nations and launched a hackathon to address Sustainable Development goals. The contest commemorated the 75th anniversary of the U.N.