SushiSwap, the infamous fork of Uniswap which was in the limelight recently for all the wrong reasons seems to be gaining market confidence as the price of the defi token breached the key resistance of $3 today. The defi token was at the center of an exit-scam accusation in September when its price crashed from $4.44 to $1.20 after the creator of the token liquidated his holdings cashing out $14 million from the total supply.

The SushiSwap creator also known as Chef Nomi took to Twitter to defend his actions however growing public scrutiny forced him to return the funds. The defi token has held its position in the market and has seen a major uptick in its price since yesterday seeing a 9% rise over 24-hours taking its price above $3 for the first time since September.

The institutional interest towards crypto has seen a significant rise in 2020 especially ever since Bitcoin started its ongoing bullish rally last month, institutions have been more upfront about their growing interest in the decentralized space which is not just limited to Bitcoin. Defi has been the top success story of crypto space despite top cryptocurrency’s historical rise and many mainstream institutions are looking forwards to incorporate defi tech for digital banking.

“I would say the evolution of this current momentum in terms of significant interest in the topic will continue through 2021. I think some of the technology from this DeFi phase will certainly be utilized in some more regulated way throughout 2021 towards 2022,”

These bullish comments seem to have initiated a bullish rally in the defi market with top defi tokens seeing a price surge over the past 24-hours. 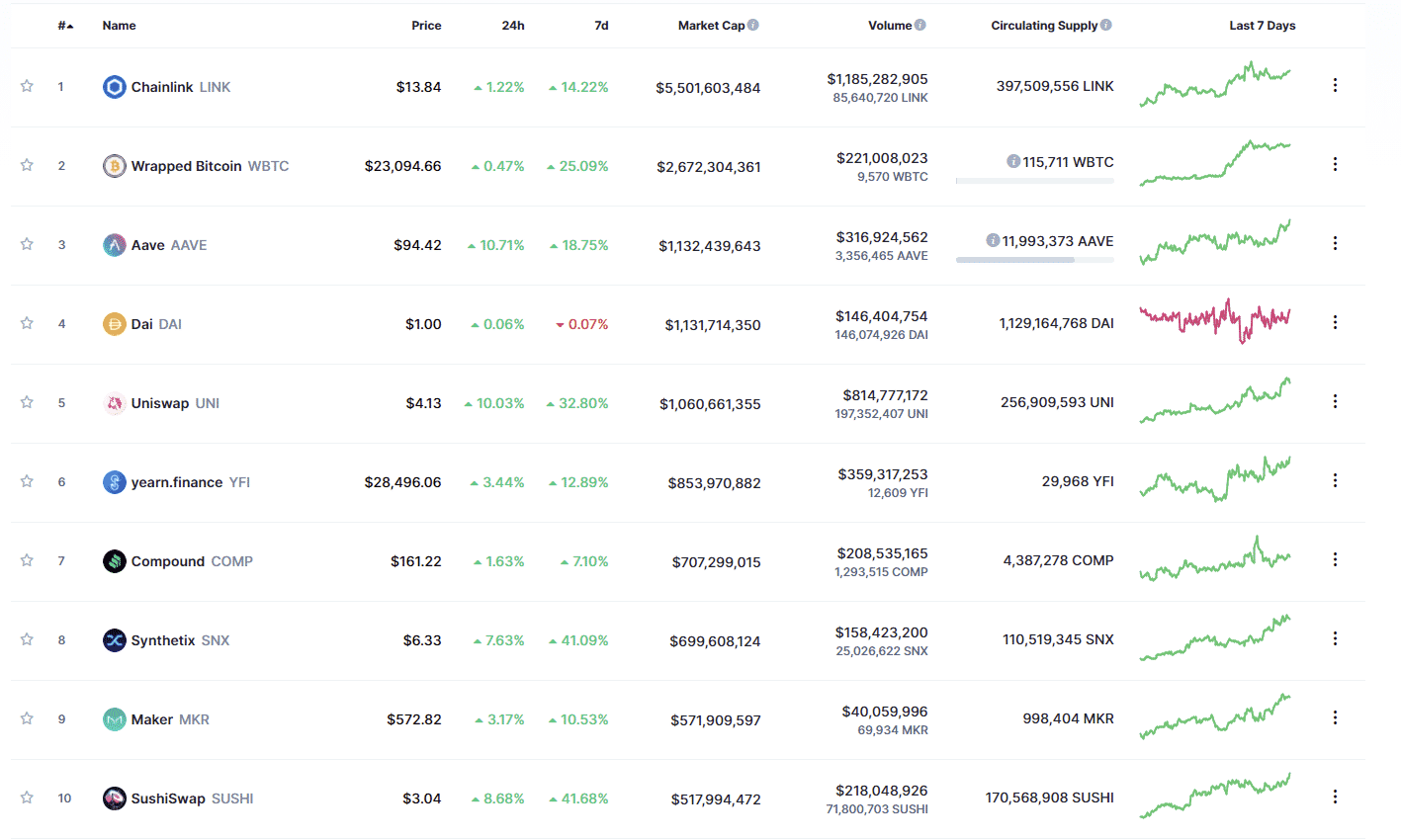 Defi has continued to make progress despite a few scares in-between when the number of exit-scams and hacks suddenly started to crop up leading many to compare the market with the ICO market of 2017. However, despite those scares, the market has continued to make progress both in terms of adoption and development. Many believe Defi would play a critical role in digital banking systems as well as for Forex Trading.

Apart from a bullish sentiment from Institutions such as Morgan Stanley driving the price another factor that might have played in Sushi’s favor is the recent announcement of Yearn.Finance merger as well as the introduction of stop-losses. Popular crypto analyst Joseph Young pointed towards the growing on-chain metrics for Sushi and how the defi token has managed a comeback despite early issues.

The limit order and the https://t.co/DyKT8aVp0c merger are what really set SushiSwap on for success I feel.

Fundamentally, it is at a very strong point, and people no longer view it as a simple fork. SushiSwap is SushiSwap.