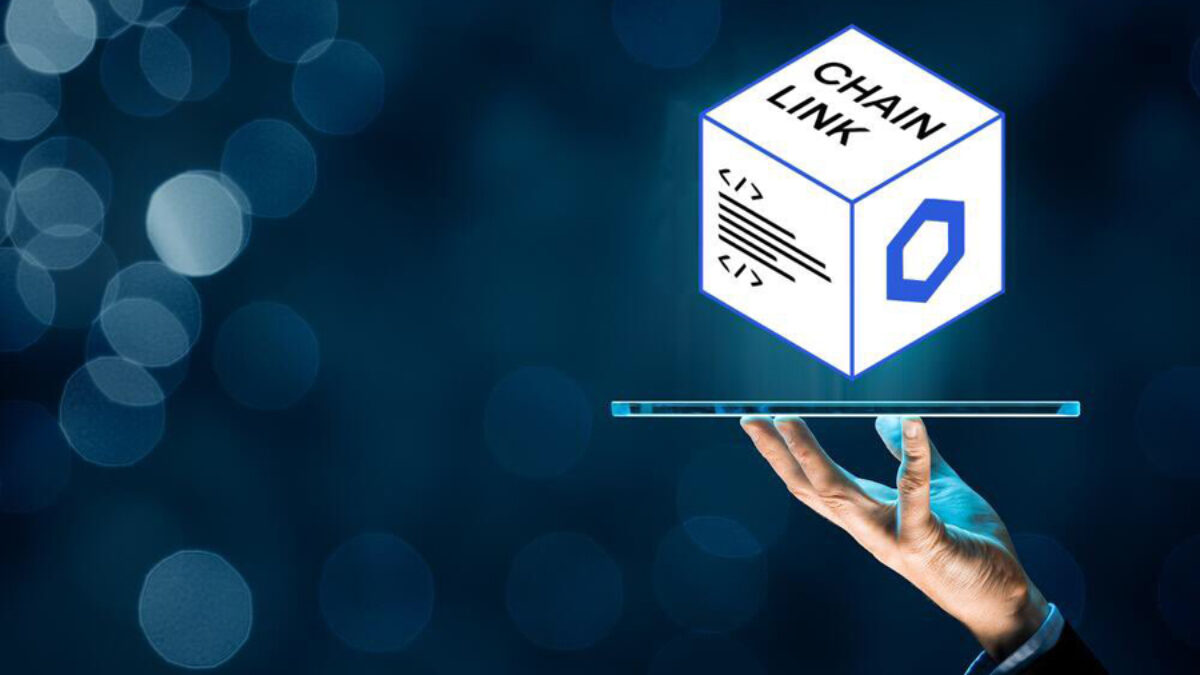 Before we delve deep into the Chainlink price prediction and answer questions if Chainlink is a good investment or not, why will LINK succeed or fail or why will LINK price rise or drop, let’s quickly throw a glance at what is Chainlink and its to date history.

ChainLink platform acts as a decentralized Oracle network which allows anyone to become an Oracle, aka a provider of a data feed in exchange for LINK tokens. The ChainLink platform includes certification, validation and reputation services that enforce the integrity of the network’s Oracles.

ChainLink is known in crypto circles as a project that keeps things hush until they have something real to offer. They are notorious for their weak communication with the public. The team works hard on building a good product without hype, lines up users that are waiting on its release. Chainlink is consistently selected as one of the top blockchain technologies by leading independent research firms such as Gartner. It is well known for providing highly secure and reliable oracles to both large enterprises (SWIFT) and leading smart contract development teams.

There is no official roadmap. Chainlink is building brand new technology that is complex and needs to work more or less perfectly (and absolutely perfectly in terms of security) from the outset. Setting specific dates or benchmarks is just a way to apply unnecessary pressures that would risk causing mistakes.

What the team recommends is that you watch Chainlink’s open source codebase as it develops through;

All we know beyond that is that some aspects of the core code are currently undergoing a security audit, and that development of the Epics is well on its way, although it would be reckless to try and speculate about particular dates or timelines.

Apart from that, the closest you will get to a visual Chainlink roadmap is this.

The downfall of altcoins that were mainstream media darlings at the start of the year, LINK among them, can be attributed, in part, to novice investors getting scared off once the bear market kicked in with a vengeance. Every resurgence of bitcoin in recent period, was met with the, for the most part, inability of altcoins to rally with it. Reason for that can be rookie investors learning from their mistakes, while smart money that was previously watching from the sidelines has begun to enter into bitcoin.

Our LINK Price Prediction for 2019

LINK, as the rest of the market, is tied at the hip of bitcoin’s price action. If bitcoin embarks on another bull run, LINK can hope for one as well. Since a strong Bitcoin move in 2020 is very likely, we can expect some swings and moves upwards by LINK as well. So 2020 will be a year of potential big moves (more likely upwards) and we can see LINK at least doubling its end of 2019 price value. Of course, we speak about LINK price denominated in USD. In terms of its BTC value, it is more likely that BTC will outperform it and Chainlink will be worth less Satoshis by the end of 2020.

See out Holochain Price Forecast for 2020

As a result, over 95% of successful ICOs and cryptocurrency projects will fail and their investors will lose money. The other 5% of projects will become the new Apple, Google or Alibaba in the cryptoindustry. Will LINK be among those 5%?

High probability of that happening.

First and foremost, Chainlink has built a broad and ardent community that is more educated and patient than most of other “get rich quick” altcoin’s communities where holders only discuss price in a hostile and ill-bred manner.

The ChainLink team is very balanced in their approach to the 3 most important dimensions of every crypto project: technology development, forging business partnerships and community fostering.

There is no competitor to Chainlink that comes close to functionality offered or where they are in-terms of development. Even though there are some concerns with some specific areas of the system, overall it’s clearly a well thought out network that has some great minds behind it.

The initial version of their main-net won’t solve the “Oracle Problem” in its entirety, but it will be a huge step forward in doing just that. The ability to specify multiple oracles to undertake one single request and aggregate that answer back on-chain will still be a first in the crypto world. Then it’s only just a matter of time until we see more of the on-chain mechanisms deployed, but that’s an article for the future.

All of this summed up means one thing: LINK might live through couple of orchestrated and, for a regular trader, completely unpredictable pumps but the majority of time will be murky sideways trading with small volume and no significant interest from the market.

Price will heavily depend on what BTC will do and since many analysts think BTC will not be making big moves in this year, it is hard to expect LINK will do them either. The price will probably stagnate and record slow-moving depreciation or appreciation depending on the team activity, potential technological breakthrough or high-level partnership.

Let’s throw a glance at the eminent publications and personalities, and their predictions regarding the ChainLink (LINK) price, which will give us another point of view to consider:

Trading Beasts have given LINK prediction on monthly basis and they have forecasted that by the end of 2019, Chainlink might reach $0.78 to the maximum and $0.53 to the minimum.

Digital Coin price also has given a monthly prediction for Chainlink and they have projected that by the end of 2019, LINK might reach $0.743, which is almost double the current price.

Wallet Investor is known for giving not so optimistic prediction for almost every digital currencies. Even for Chainlink, it is not quite different. They have predicted that by 2019 end, LINK might go down to $0.325.

Having a first mover advantage in one of the most reasonable applications of blockchain – decentralized oracles and trustless information source, LINK is positioned optimally to make a leap into the top 10 cryptocurrencies by 2020. With a potential bitcoin-induced bull run, reaching $2.00 is achievable.

If LINK maintains its relevance in the industry and manages to stay ahead of their competition, it might be worth 10-100x than its hitherto all time high.

Again, If LINK maintains its relevance in the industry and manages to stay ahead of their competition, it will surely be 100x+ more worth than now.

Predicting prices of novel, highly volatile and risky asset classes is a thankless task – best answer is no one knows. Educated guess is that realistic LINK price for the foreseeable future is somewhere between its current price and its all time high.