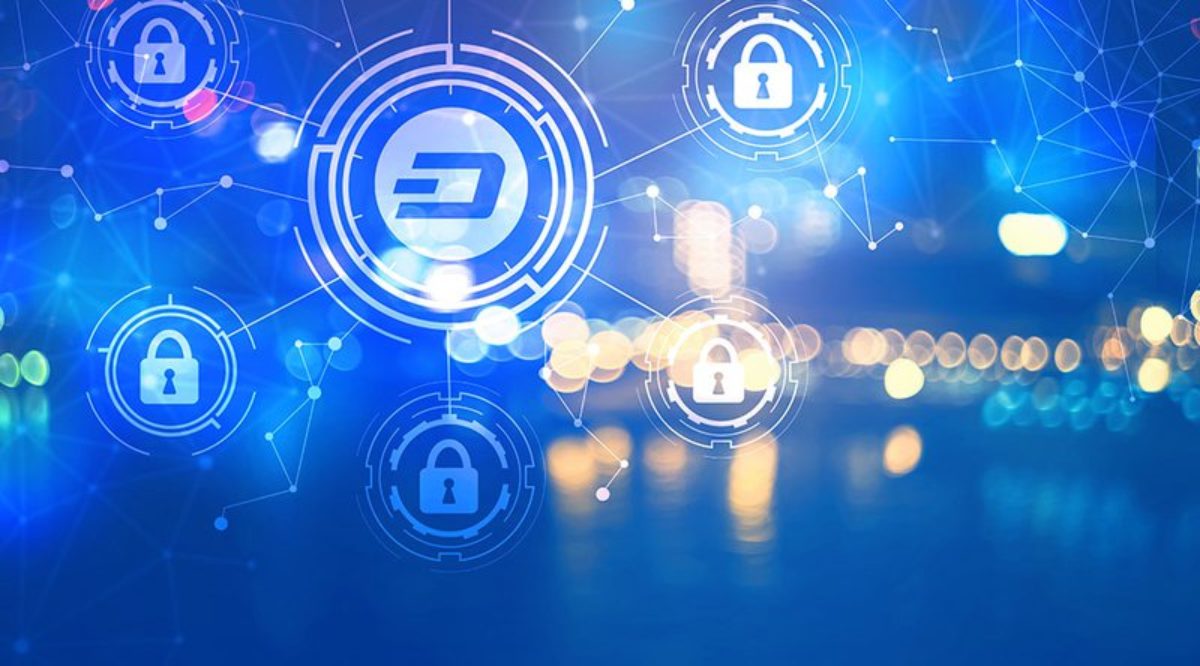 In this guide, we will voice our own and market’s opinion on DASH future while discussing Dash price forecast for 2020 and beyond.

Please bear in mind that you should take this and any other prediction with a grain of salt since predicting anything is a thankless task, let alone predicting the future of a novel, highly volatile financial asset like DASH.

Before we delve deep into the Dash price prediction and answer questions if Dash is a good investment or not, why will DASH succeed or fail or why will DASH price rise or drop, let’s quickly throw a glance at what is Dash and its to date history.

Dash advocates itself as peer-to-peer decentralized electronic cash. It intends to be as liquid as real cash which we use in our respective countries like USD/GBP/EUR/INR or CNY.

It is an instant and semi-private cryptocurrency based off the Bitcoin and Litecoin code base. However, it includes various changes and improvements that have differentiated it since its debut in 2014. The project’s creator, Evan Duffield, built Dash to address three key issues he saw in the existing Bitcoin network: privacy, governance, and transaction speed.

During the first two days after it launched, nearly 1.9 million coins were mined, which is roughly 10 percent of the total supply. Something was definitely wrong.

The bug was found, but there was still the question of what to do with all the coins that were mined during that short period of time. In the end, Dash allowed the recipients to keep the coins, but the bug was fixed so the problem could not occur again. Today, there are about 7.4 million Dash circulated, and the total number of coins in circulation is expected to reach 18 million by the year 2300.

Nodes that want to be masternodes on Dash blockchain must own 1000 DASH, have a static IP, and meet minimum system requirements of CPU, RAM, available disk space, and network bandwidth to become masternodes, which govern the network.

The downfall of altcoins that were mainstream media darlings at the start of the year, DASH among them, can be attributed, in part, to new, naive investors getting scared off once the bear market kicked in with a vengeance. Every resurgence of bitcoin in recent period, was met with the, for the most part, weakened ability of altcoins to rally with it.

Reason for that can be novice investors learning from their mistakes, while smart money that was previously watching from the sidelines has begun to enter into bitcoin.

Some altcoins will continue to have some speculative value for the foreseeable future. But just like the now infamous tulips, the hysteria will eventually subside. We are already witnessing the first phases of that slide and even though most of the bag holders react emotionally to articles that criticize their coins, these observations are not opinionated but based on the developments on the market. You better start emotionally detaching yourself from your “great sounding” coin because if goes nowhere, ideas are worthless without execution and real users that see value in the project.

2018 was a very interesting year overall for the broader DLT community, “ICO projects” came and burst in a spectacular, fireworks similar fashion.

While the mass death of barely-alive-in-the-first-place projects causes some uncertainty and skepticism among the newcomers, it is something veterans and pioneers of this space have been longing for.

In order for DLT to become established, we need quality over quantity, we need convergence on standards and consolidation of communities to bring to life what we’ve been working on for years. With less noise, 2019 will act as a Darwinian selection mechanism, much like that of which the IT companies post-dotCom Bubble experienced.

This is a good thing and absolutely necessary for the real maturation of the space.

Our DASH Token Price Prediction for 2020

DASH, as the rest of the market, is tied at the hip of bitcoin’s price action. If bitcoin embarks on another bull run, DASH can hope for one as well. Since a strong Bitcoin move in 2020 is very likely, we can expect some swings and moves upwards by DASH as well. So 2020 will be a year of potential big moves (more likely upwards) and we can see DASH at least doubling its end of 2019 price value. Of course, we speak about DASH price denominated in USD. In terms of its BTC value, it is more likely that BTC will outperform it and Dash will be worth less Satoshis by the end of 2020.

As a result of ICO teams’ incompetence and lack of integrity, fueled by basic human instinct that is greed and crypto investors’ naivety, over 95% of successful ICOs and cryptocurrency projects will fail and their investors will lose money. The other 5% of projects will become the new Apple, Google or Alibaba in the cryptoindustry. Will DASH be among those 5%?

Very hard to predict that but we are inclined to say no; for two reasons.

First, as a privacy coin, DASH will inevitably be under increased scrutiny of regulators worldwide that will threaten its existence.

Second, within the realm of privacy coins, Dash is not the top gun as their blockchain and PrivateSend design are inferior to Monero’s privacy functions.

Dash governance model is unique among the top currencies. Critics say the dash model artificially restricts supply with misaligned incentives since node operators and miners share fractional profits. Plus, it is far more expensive to operate a full dash node, called a master node, than a bitcoin node. Some say this hinders the network’s decentralization.

Like any CoinJoin solution, Private Send does require someone to construct the CoinJoin transaction. This is done using Dash’s masternode system.
This means that Dash users must trust the masternodes with their privacy. After all, the mixing masternodes can link the sending and receiving addresses together; they know exactly which coins are going where. If these masternodes are run by spies or share their information with spies (on purpose or by accident), the Dash users gain less than nothing.

Considering that Monero’s privacy solution is much more bulletproof, Dash is losing the battle for its core purpose.

All of this summed up means one thing: DASH might live through couple of orchestrated and, for a regular trader, completely unpredictable pumps but the majority of time will be murky sideways trading with small volume and no significant interest from the market.

Price will heavily depend on what BTC will do and since many analysts think BTC will not be making big moves in this year, it is hard to expect DASH will do them either. The price will probably stagnate and record slow-moving depreciation or appreciation depending on the team activity, potential technological breakthrough or high-level partnership.

Let’s throw a glance at the eminent publications and personalities, and their predictions regarding the DASH price, which will give us another point of view to consider:

Cryptoground.com is cryptocurrecy prediction algorithm that is moderately to overly bullish on most of coins, similarly on DASH token as well. They forecast DASH to climb up to $203 per token by EOY, which means a 2.3x increase in comparison to the current price.

Walletinvestor is a popular website that does technical analysis-based price predictions of various cryptocurrencies and traditionally has a skeptical outlook for most coins, but especially for DASH. According to them, DASH is expected to sink by more than 4x – from the current $93 to $22 by the end of the year.

Trading beasts is on a diametrically opposite side of Walletinvestor and sees a much more bullish future for Dash token. Their algo forecasts that DASH can ascend to around $371 within a year which means it will essentially grow 4x in value in the next year.

Another crypto prediction algorithm that is most conservative in its approach of the 4 we enumerated here – DCP usually predicts price to hover around the same level as the current state, forecasting a twofold increase or reduction for certain coins. DASH is on the bullish side of their algo that sees it reaching $171 per coin by December 2020.

DASH has been one of the oldest crypto projects that was live and kicking much before the 2017 crypto frenzy that spawned thousands of new coins. However, the road to somewhat stable crypto project was bumpy but unlike many other vaporware projects, DASH team kept working on their product and the project seems to have some sort of future, despite facing some bad PR due to 2 million instantly created tokens at the launch of the project. In 2021, once the market wipes out the worthless projects, DASH might jump into spotlight and top 10 coins ranks which could see the DASH token price go up to its all time high levels of $1640 per coin.

If DASH lives long enough to see 2023, that would mean the project stood the test of time and more importantly survived the regulators’ onslaught. All of this would lead to the token being worth at least 10-100x than its hitherto all time high. That would mean DASH would cost $16000-160000 per coin.

Again, if DASH lives long enough to see 2023, that would mean the project stood the test of time and more importantly survived the regulators’ onslaught. All of this would lead to the token being worth at least 100x+ than its hitherto all time high. That would mean DASH would cost $160000+ per coin.

Predicting prices of novel, highly volatile and risky asset classes is a thankless task – best answer is no one knows. Educated guess is that realistic DASH price for the foreseeable future is somewhere between its current price and its all time high.

But, looking at things from this point in time and place, it’s reasonable to say that Dash is standing in a better position than many of other coins but not as good as some of its direct competitors. The jury is still out on DigitalCash’s future.