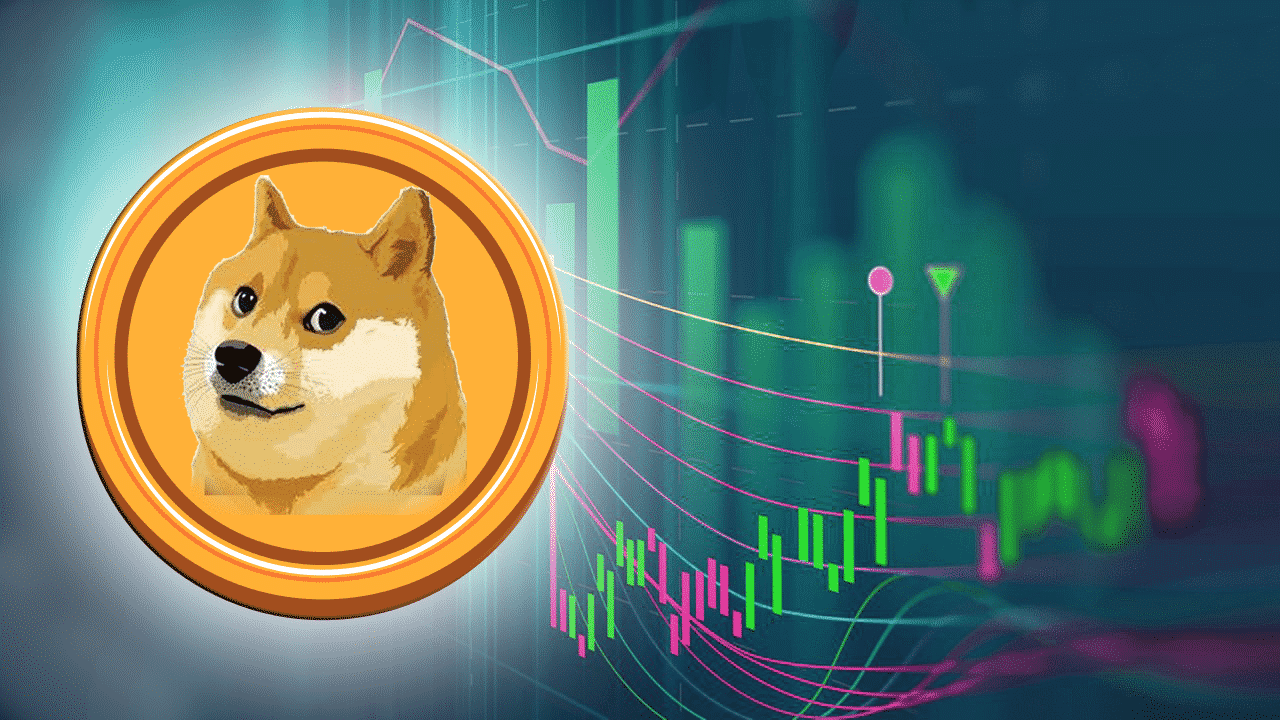 In this forecast, we will put out our own and market’s opinion (both from popular algorithms and experts) on Dogecoin future while discussing Dogecoin price forecast for 2021 and beyond.

You can buy and trade Dogecoin on many exchanges including the leading platforms like Cex.io, Coinbase and Binance.

Dogecoin is currently out of the top 30 coins in the cryptocurrency market ranked by market cap. Even though market capitalization has been proven time and again, as a lacking measurement for a coin’s success, it is still the benchmark when it comes to cryptocurrencies.

DOGE, as the rest of the market, is tied at the hip of bitcoin’s price action. If bitcoin embarks on another bull run, DOGE can hope for one as well. Bitcoin usually has a cool-off phase after its mega bull runs and that is when the altcoins take over and have a field day with the bulls, often doubling or tripling their price within days.

What this means for Dogecoin price in 2021?

As long as bitcoin is in the main role and pulling upwards, there is little room for DOGE to shine. It will, however, increase its USD denominated value thanks to the overall rise in crypto prices. Nevertheless, DOGE to BTC ratio will probably slump, possibly to all-time lows. This means that it is best to keep your funds in bitcoin until it reaches its provisional peak, opening the doors for the altcoins to enter the scene. However, Dogecoin is gonna have a hard time to be among the top gainers once the altcoin season springs back up. This is not a serious project and its zenith is long gone and behind us. It had a good run, people had fun and made a lot of money off it but jokes and fun can only get you up to a certain height – substance and actual utility is what is needed for a project to be a good digital asset worth investing in.

As a result, over 95% of successful ICOs and cryptocurrency projects will fail and their investors will lose money. The other 5% of projects will become the new Apple, Google or Alibaba in the cryptoindustry. Will DOGE be among those 5%?

If we are honest, there is not much going on for Doge aside of this welcoming and ardent community. It is unreasonable to expect a long-term Dogecoin survival if that is the only hinge for the project.

Dogecoin is slowly dropping below the market cap positions it was in 2017, with no particular interest and real world use cases in sight, aside of sporadic utility in charity tipping. But Dogecoin communities is always a nice place for a good laugh – it is a meme kingdom of cryptocurrency world.

#1 WalletInvestor Dogecoin Price Prediction
By the end of 2021, Dogecoin may certainly reach $0.00263 according to the algorithm from walletinvestor.com that does automatic technical analysis on all coins on the market.

#2 CoinPredictor.io Dogecoin Price Prediction
Another relatively popular site for price predictions forecasts that in December Doge price will be around $0.00026.

Even though this is a Dogecoin prediction article, making a Dogecoin forecast for 2030 is a ridiculous thing to do. There is no price chart or price analysis that can make a reliable Dogecoin projection for such distant future. If it lives long enough to see 2030, though, Dogecoin might actually be a very sought after commodity.

2040 is two decades away, making a Doge price prediction even more preposterous and senseless task. For fun, let’s say future price of Doge will be $2.

Why will Dogecoin succeed?

Reasons for Dogecoin to go up and rise in price are scarce. It is still one of the favorite jokes around, even Elon Musk joins the fun occasionally but we simply do not see the grounds for Doge long-term success. Its use case is already taken up by bitcoin and other more serious projects. Dogecoin could hybernate its way into the future as a sentimental value that early adopters keep cherishing and using for meme and joke purposes.

Why will Dogecoin fail?

The biggest threat to Dogecoin is one of their biggest advantages: their use case. This is a joke coin – never meant to stay alive this long, nor to reach these market caps and market exposure. Eventually, the joke will stop being funny and the project will get delisted and effectively killed by the exchanges.

Will Dogecoin ever reach $1?

Every option is a possibility but with different probability of happening. Should bitcoin enter a bull run similar to the one from 2017, Doge price prediction will look much brighter as price of Dogecoin can surely climb up to its previous all time high, but reaching $1 is a holders pipedream and borderline fantasy.

So, quick answer to the question will Dogecoin hit $1 is a BIG NO.

No, judging by the team activity on social media, github, their own website. Their communities on Reddit and Telegram are also active, although much lower engagement levels are noticeable when compared to 2017. Coin is also still listed on all major exchanges which indicates that Dogecoin is far from a dead project.

No. If Doge was to reach $10, bitcoin would have to be at $1 million per coin (assuming that their value ratio stays the same, very unlikely).

Can Doge be mined?

Yes, Dogecoin is a PoW coin that can be mined with the so called merged-mining techniques.

What makes Dogecoin go up?

Speculation. Speculators are still majority in the crypto markets and they don’t care what they buy as long as they think it will bring them money.

When will Dogecoin go to the moon?

Depends on the definition of the moon. If we are honest, Dogecoin had its zenit and it is all downhill from now on.

How high can Dogecoin go?

Considering Doge has a huge supply and no real world use, its upside potential is limited by pure market speculation and forces it can produce. If the overall crypto market rockets into another mania, Dogecoin could beat all the odds and reach insane heights. But that is not likely to happen any time soon.

Ever since its founder Jackon Palmer departed the community in 2015, the development has waned and prophecies about imminent Dogecoin death started floating around. However, as one of the Doge developers told CoinDesk back in 2017, it is pretty hard to “kill a cryptocurrency”.

Some might call a valueless cryptocurrency ‘dead’, but that would be missing any educational or entertainment value the token might provide. For instance, Nicoll said even after the 2014 fork, shibes were moving the old version of the coin around for about five or six months.

“It was a functional currency, but you couldn’t use it at shops or on exchanges. We don’t know why they were doing it, but they were having a whale of a time,” he said.But how do you really kill it? The proverbial headshot for a ‘zombie coin’, according to Nicoll, would require removing the original code from GitHub, making it exceedingly hard to recreate it since very few people keep copies of source code material. Yet the nature of open-source software means that, in that rare instance, copies of the code could still be floating out there somewhere on the internet.”