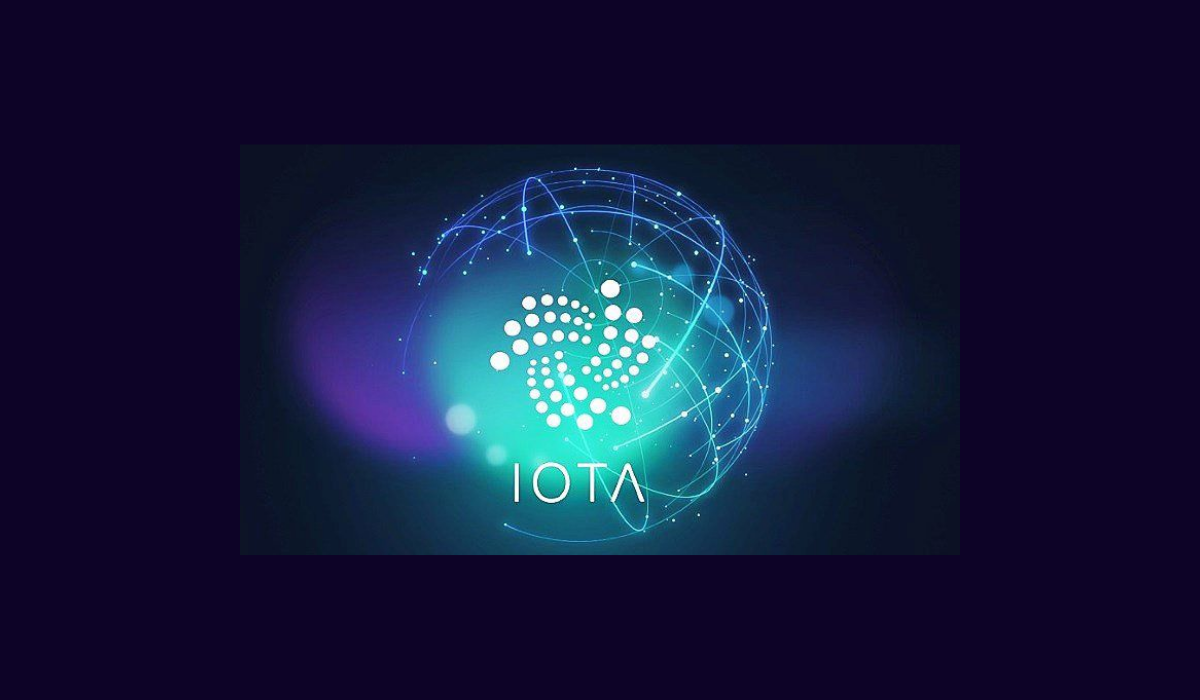 In this guide, we will voice our own and market’s opinion on IOTA future while discussing IOTA price forecast for 2020 and beyond.

Please bear in mind that you should take this and any other prediction with a grain of salt since predicting anything is a thankless task, let alone predicting the future of a novel, highly volatile financial asset like MIOTA.

Before we delve deep into the Iota price prediction and answer questions if Iota is a good investment or not, why will IOTA succeed or fail or why will IOTA price rise or drop, let’s quickly throw a glance at what is Iota and its to date history.

Because these machines and devices are generally specialized to be low power and perform only specific functions IOTA does not use a traditional consensus mechanism like proof-of-work or proof-of-stake nor does it use a blockchain structure. It rather uses a different type of public ledger with a popular moniker “The Tangle”.

The goal of the project is to allow these devices to conduct micropayment transactions between themselves and potentially to securely transfer data. At the core of the project is what is referred to as the ‘Tangle,’ a directed acyclic graph (DAG) that acts as the public ledger system. The team believes that this structure will allow for feeless payments, lower compute cost, and the ability to connect to billions of devices.

The efficiency of this system also grows as the number of participants increases as transactions will be processed at a faster rate. One of the project’s more recent releases was a data marketplace that allows for storing and selling data streams while masking the source of the data.

However, one thing to remember when it comes to IOTA – it is still a completely centralized endeavor with no concrete date for removal of their coordinator.

This was blatantly clear in February 2020 when their core wallet – Trinity got hacked and user funds stolen. In order to investigate the issue, IOTA paused the whole network by taking the Coordinator offline for couple of days.

The Foundation already has plans in place to make community engagement on development, research and adoption a lot more interactive and open in the new year, starting almost immediately.

IOTA Roadmap is very detailed and transparent and you can scrutinize their plans on this link.

In short, Coordicide will be the buzz word of the year for IOTA community and the last update we had on this project was the creation of a testnet without Coo to prove that the network can work without the Coordinator. Thus we arrived at CLIRI which is a fork of IRI (IOTA Reference Implementation) in which all trace of the Coordinator was removed. CLIRI is a test therefore it is not ready to be tested in the main network. Anyone who wants to research the CLIRI function can do so in the following GitHub repository https://github.com/iotaledger/cliri

IOTA, as the rest of the market, is tied at the hip of bitcoin’s price action. If bitcoin embarks on another bull run, IOTA can hope for one as well.

OTA is making great progress lately. The Trinity hack of this month is sad, but just a temporary blocker. Within a month we have forgotten this incident and we can prepare for a great bull run.

The feeless and scalable approach of IOTA is still unique in the crypto space. And will ultimately be rewarded with IOTA being the first-class choice as open and standardized DLT in future IoT applications.

So in a year from now IOTA may have solved every open big issue. If IOTA gets standardized by OMG, and their current partnerships will show their first real results, we can expect IOTA to grow exponentially.

Based on the correlation analysis, BTC and IOTA have a strong positive relationship. The correlation coefficient of their prices is 0.62, which was estimated based on the previous 100-days’ price dynamics of both coins. Source – coinpredictor.io

As a result, over 95% of successful ICOs and cryptocurrency projects will fail and their investors will lose money. The other 5% of projects will become the new Apple, Google or Alibaba in the cryptoindustry. Will IOTA be among those 5%?

Highly likely it will.

Future of this world is data.And data is IOTA’s main target.IOTA targets IOT(Internet of Things). IOTA has even started data marketplace alongwith the partnership of Microsoft,Fujitsu, Bosch etc. You can check it here – The IOTA Data Marketplace.

IOTA now has not only many premium companies as official partners, but also two world renowned influential experts (Dr. Richard Soley and Dr. Rolf Werner) as members of their supervisory board.

But not all is bed of roses with IOTA. Tangle and IOTA approach to DLT is absolute cutting edge and highly experimental.

The team is, at times, pretty mullish in their decisions, like the one to use a balanced Ternarywhich is a numeral system that has 3 digits,-1, 0 and 1. Iota was made to be used with existing hardware, But all existing Hardware now is completely binary. This means that all of iotas internal ternary notation has to be encapsulated in binary, This will result in increased storage and computational overhead. Iota cannot be successfully implemented into the present hardware and even if it is it will cause a significant wastage of both storage and computation power.

Iota violates cryptography’s best practices i.e Don’t Roll Your Own Cryptoand this has resulted in a lot of vulnerabilities in the system and a team led by Neha Narula found many vulnerabilities in iota’s hash function curl and the one of iota’s co-founder (Sergey Ivancheglo) claimedthat they had deliberately added the flaws in the curl hash function as a ‘Copy Protection’. All of this summed up means one thing: IOTA might live through couple of orchestrated and, for a regular trader, completely unpredictable pumps but the majority of time will be murky sideways trading with small volume and no significant interest from the market.

Let’s throw a glance at the eminent publications and personalities, and their predictions regarding the IOTA price, which will give us another point of view to consider:

Walletinvestor is a popular website that does technical analysis-based price predictions of various cryptocurrencies and traditionally has a skeptical outlook for most coins. According to them, IOTA is expected to drop heavily to $0.05 per token in one year.

Trading beasts display that IOTA can climb to around $0.75 within a year which means it will essentially grow 2.5x in value in the next year.

Cryptoground predicts that IOTA might eclipse the current level by almost 3x and reach $0.85 by the end of 2020. They even added their version of IOTA price prediction 2024, where they stated that IOTA might reach $5.18 by 2024, a 20x increase to the current price.

Digitalcoinprice gave a neutral prediction saying that by 2020 end, IOTA might be worth two times more than now – around $0.5 per token.

IOTA (MIOTA) has been one of the most argued projects in cryptocurrency over the last year. However, unlike many other vaporware projects, IOTA team kept working on their network and the project seems to have a solid future, despite being disputed by most of the bitcoin maximalists. In 2021, once the market wipes out the worthless projects, IOTA might jump into spotlight and top 5 coins ranks which could see the IOTA token price go up to its all time high levels of $5.69 per coin.

If IOTA survives to see 2023, that would mean the project stood the test of time and user adoption is growing, which would all lead to the token being worth at least 10-100x than its hitherto all time high. That would mean BAT would cost $56-560 per coin.

Again, if IOTA survives to see 2025, that would mean the project stood the test of time and user adoption is growing, which would all lead to the token being worth at least 100x+ than its hitherto all time high. That would mean IOTA would cost $560+ per coin.

Predicting prices of novel, highly volatile and risky asset classes is a thankless task – best answer is no one knows. Educated guess is that realistic IOTA price for the foreseeable future is somewhere between its current price and its all time high.