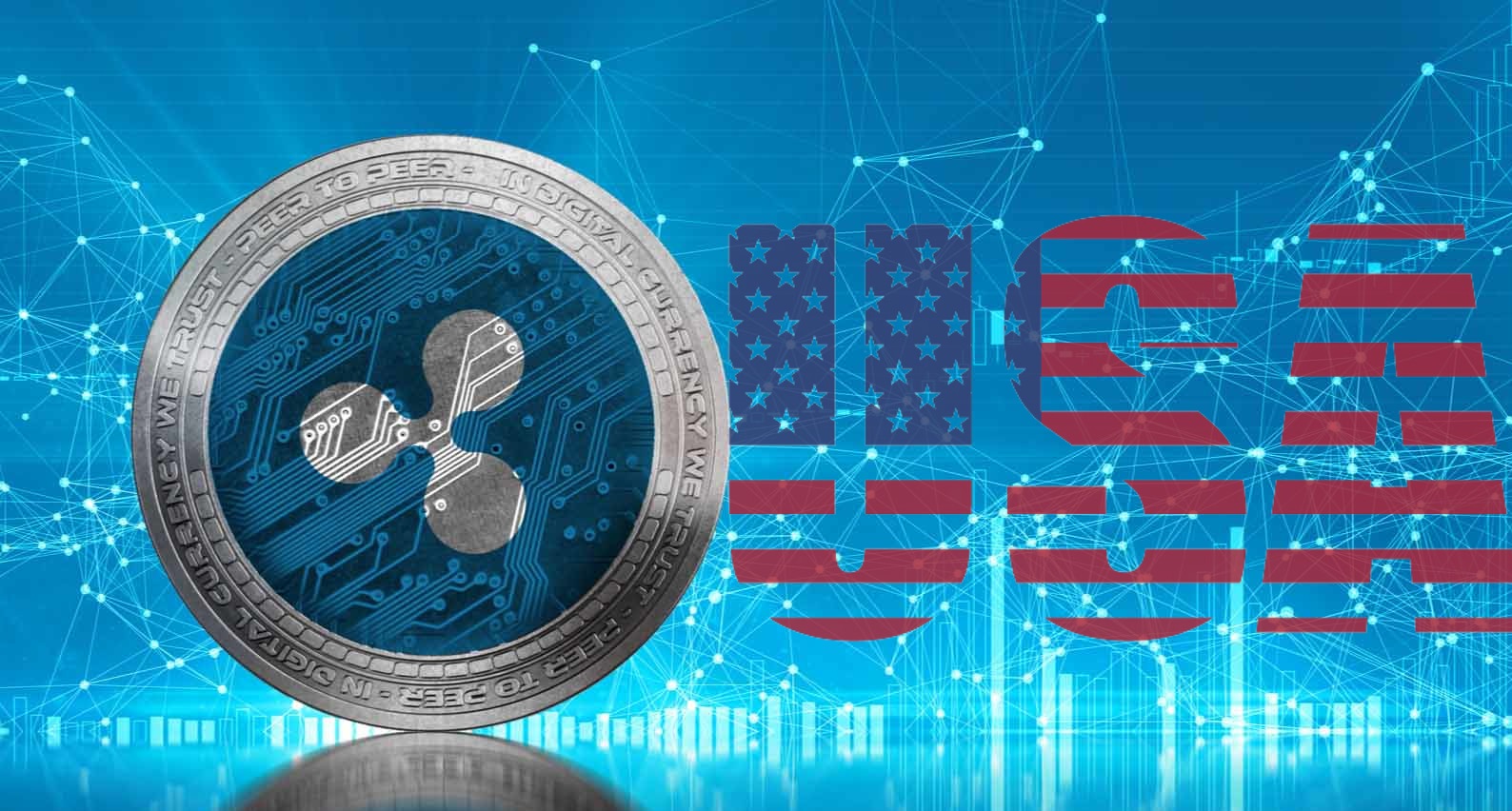 Investments analyst Adam Cochran, a partner at Cinneamhain Ventures, has mentioned the top aspects of importance for the U.S. operations of Ripple Inc.

Mr. Cochran completely dismisses the thesis of the XRP Army that supposes that Ripple will get through losing the opportunity to work on the U.S. market. According to his Twitter post, the U.S. is responsible for 33 percent of global remittances. 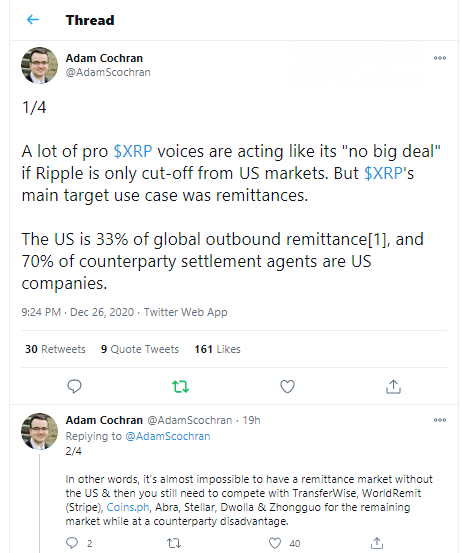 Image via TwitterFurthermore, 70 percent of counterparty settlements agents are incorporated in the United States. Should Ripple Inc. be violating U.S. legal requirements, none of them will be able to utilize its payments solutions.
As a result, it is impossible to build a competitive industry player without access to the U.S. fintech segment. Too many U.S.-compliant competitors will immediately take advantage of Ripple’s limitations.

Also, losing a presence on the U.S. market implies a shortage in liquidity that, in turn, necessary leads to bids getting worse.

Is Stellar (XLM) the SEC’s next target?

In terms of using XRP token for bank settlements, it has very powerful competitor, JP Morgan coin—a native asset of JP Morgan’s private blockchain. It is US. compliant, and JP Morgan already has 300 institutions onboarded, so Ripple Inc. can hardly compete in this sphere.

In addition, Mr. Cochran added that Stellar Lumens (XLM) can be declared a security as well, so SDF should do its best to avoid XRP’s likelt fate:

If $XRP is a security then there is a chance $XLM could face the same fate and should be scurrying to make sure they are sufficiently decentralized.

As covered by CryptoComes previously, Ripple and its two key officers, Brad Garlinghouse and Chris Larsen, are accused by the U.S. SEC of illegally selling securities to U.S. citizens in the form of XRP tokens.