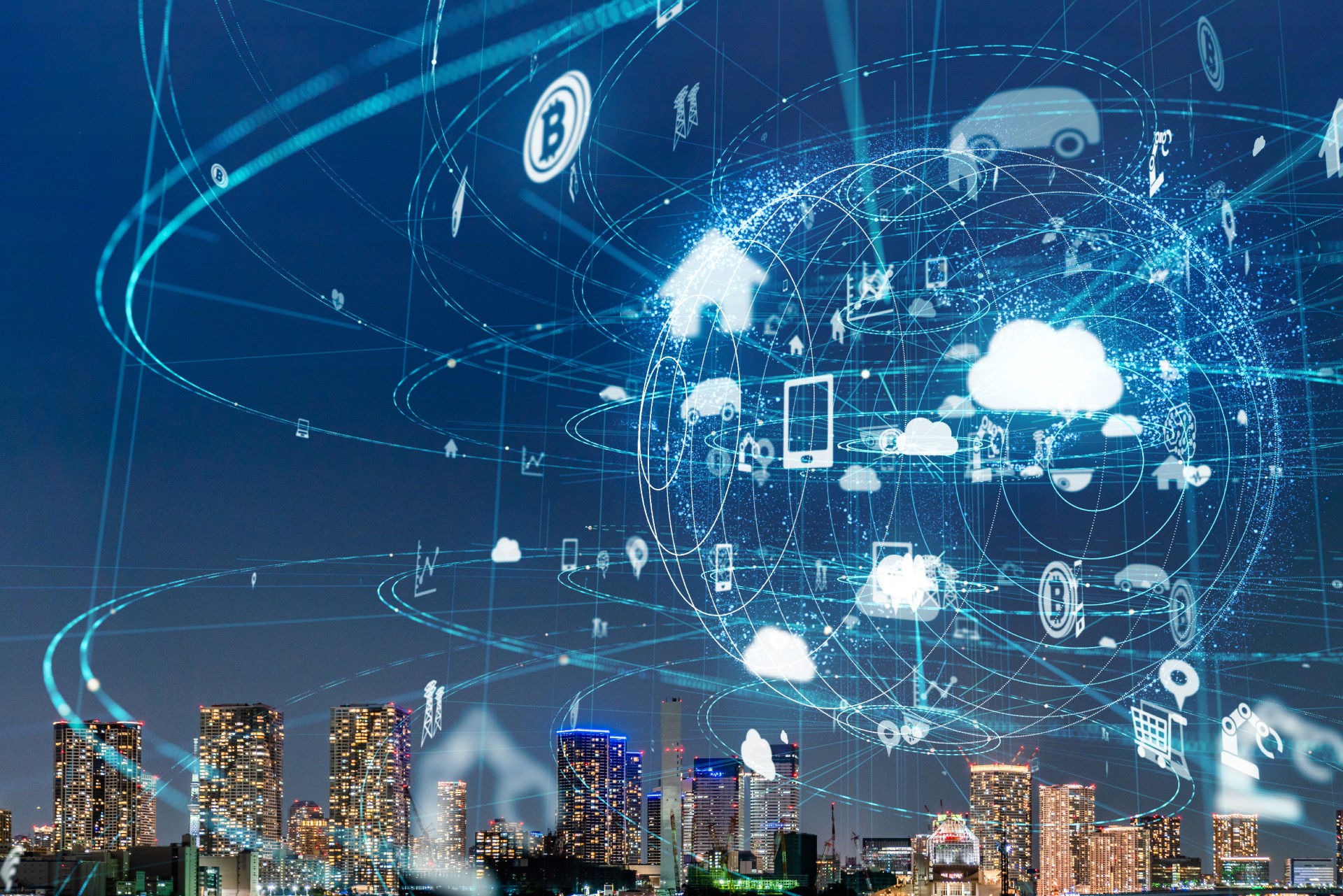 2020 was a very successful year for the entire cryptocurrency world. Despite the many financial, economic and political upheavals that have happened to us over the past 12 months, the blockchain industry has made significant headway. The outgoing year saw the long-awaited launch of Ethereum 2.0, a real explosion of the decentralization finance industry, and the price of Bitcoin set a new historical record, significantly surpassing the indicators of 2017.

Today we will talk about how cryptocurrencies, decentralized finance and blockchain technologies will develop in the next year. And we will try to determine what we should prepare for in the near future.

Blockchain Capital, a large investment company, has compiled a list of 10 things that will happen in the cryptocurrency world in 2021. The report contains forecasts on Coinbase, the stablecoin market, DeFi governance tokens and loans, decentralized exchanges, central bank digital currencies, and more.

Although last year’s predictions by Blockchain Capital came true only partially, you can trace the main idea of analysts, which is to spread crypto adoption around the world. 2020 has shown incredible interest in cryptocurrencies and decentralized technologies, both among private companies and governments in many countries. It is logical to assume that next year this trend will not only continue, but also intensify.

Based on a number of forecasts from reputable analytical companies, here’s my analysis on what to expect from the cryptocurrency world in 2021 in three main areas: the development of blockchain technologies, Bitcoin, and decentralized finance (DeFi).

Market research company Forrester recently released its blockchain predictions for 2021. The report states that blockchain and distributed registry technologies have gained significant popularity in the corporate sector over the past year.

Forrester chief analyst Martha Bennett said the company’s forecasts are based not on the continuation of trends but on changes. The report predicts the launch of 30% of global blockchain projects within the next year. The company’s analysts believe that the development of new initiatives, including in the blockchain sector, is associated with changes in market and economic conditions. Of course, this is also influenced by the Covid-19 pandemic.

In addition, most of the planned projects that will enter the development stage in 2021 will use enterprise blockchain platforms. The use of cloud technologies (in blockchain development), provided by Alibaba, Huawei, IBM, Microsoft, OneConnect and Oracle, will also grow.

In total, Bennett made three predictions for blockchain technology in 2021.

During 2020, developers have made great progress in the development of blockchain projects. Next year could be the start of widespread adoption of blockchain at the enterprise level for privacy and security. So far, these are the biggest advantages of decentralized technologies that large companies have discovered. And the most anticipated will be the development of the blockchain in these areas: privacy, security and data protection.

2020 has become a real gift for the cryptocurrency industry, despite all the problems and new crises. Against the background of the deteriorating economic stability in the world, which was caused by the Covid-19 pandemic, cryptocurrencies were in very high demand. Large companies, private investors and foundations have shown great interest in Bitcoin as a store of capital. Such interest resulted in the fact that at the end of this year, Bitcoin set an absolute record for value, reaching $24,000, and continues to grow.

Not only has Bitcoin grown but also all other cryptocurrencies. Even now, there are excellent prospects for continued growth. It’s about the initiatives of governments that simply print money as part of the fight against the economic consequences of Covid-19. Of course, this devalues fiat money. For example, the DXY dollar index has dropped 8% since May to 93.5 points. Bitcoin and many other cryptocurrencies look very attractive against this background because they have a limited emission. The fewer there are in free sale, the higher the price.

The CEO of Strategic Wealth Partners, Mark Tepper, believes that at best, the price of Bitcoin can reach $100,000 by the end of next year. But the analyst calls the $40,000 mark more likely, comparing the cryptocurrency with the shares of Elon Musk’s company.

Anthony Pompliano, co-founder of Morgan Creek Digital, one of the most famous investment companies in the world, is also confident in the great success of Bitcoin next year. Pompliano is basing his predictions on the fact that Bitcoin is gaining immense popularity among institutional investors and billionaires, which means a lot of capital is entering the cryptocurrency market.

The latest news on this topic concerns MicroStrategy. The company invested $650 million raised from investors in 29,646 BTC at an average of $21,925 per coin. MicroStrategy now owns 70,470 Bitcoin, spending $1.125 billion to purchase at an average price of $15,964 per Bitcoin.

Ethereum, the second most popular coin, may become much more interesting for investors in the near future. The Ethereum 2.0 network was recently launched, where consensus is achieved through staking. This can bring passive income to token holders, and given the reputation of Ethereum and its founder, Vitalik Buterin, we can expect a significant influx of funds into the new blockchain throughout the next year.

Decentralized finance has become an industry phenomenon in 2020. The capitalization of the industry has grown dozens of times, and ideas and technologies have begun to be applied by many giants of the financial market. However, as many representatives of the cryptocurrency community have already seen, DeFi still does not look mature enough and requires a lot of work on technology, reputation and security.

Forrester has already released a report that talks about the negative impact of the decentralized finance market on the development of enterprise blockchains. DeFi’s rise in 2020 has led to questionable activity on public networks like Ethereum, and now some companies are very dubious about the impact of blockchain on the financial industry.

“This phenomenon has reassociated public blockchains and cryptocurrencies with the Wild West and will therefore continue to alienate decisionmakers about compliance and other risks.”

Based on this, we can expect a leap forward from large finance and blockchain companies that can offer the skills, experience and budgets for a young, emerging technology. Indeed, despite some skepticism, most businesses see huge potential in this industry and will try to implement high-quality DeFi products.

Kyle Thomas, CEO of Provide – an enterprise blockchain vendor that works with SAP and Coke One North America – begs to differ, telling Cointelegraph that organizations will soon see public blockchains in the same way as they do the internet.

“A lot of mindshare is up for grabs as ‘Enterprise DeFi’ becomes more of a reality with each passing day.”

Agreeing with Thomas, Kevin Fen, PwC cybersecurity expert and former COO of enterprise blockchain company VeChain, said that while the DeFi space may resemble the 2017 ICO boom, it is different in that DeFi proves the great potential of blockchain in the world of finance.

“If we look at DeFi from the other side, it shows how blockchain can be used in the financial sector, and this is not enough among enterprise blockchain implementation cases.”

The outlook for the development of the DeFi industry by big business is confirmed by recent news. A large public company, xSigma, has already announced the launch of its first decentralized finance products. xSigma Defi is a blockchain R&D lab project that was created by ZK International, a publicly-traded company (NASDAQ: ZKIN). Over the next year their team plans to launch a DEX (decentralized exchange) for trading stablecoins. And by 2022, xSigma will launch a dollar stablecoin.

Blockchain is already used by Amazon, BNP Paribas, Anheuser-Busch Inbev, Citigroup, CVS Health, Facebook, Google, Hewlett Packard, IBM, JPMorgan Chase and hundreds of other large public companies. Now is the time for decentralized finance, which is getting the attention of corporations.

Such news perfectly demonstrates the growth of interest from large capital not only to decentralized finance, but also to the entire cryptocurrency market, including blockchain technologies. Whereas previously Bitcoin was something for enthusiasts, criminals or countries with weak economies, now the focus has shifted to corporations. Large companies have appreciated the advantages of decentralized technologies not only in terms of investments, but also as instruments with huge potential for development. Thus, global crypto adoption is becoming not only the most anticipated event of 2021, but also the only logical outcome that has already become obvious.