Trading platform eToro reportedly could go public in 2021. Sources told Cointelegraph that eToro has been working with the London Stock Exchange’s “Elite” program to prepare for an initial public offering.

“EToro does not comment on market rumours,” an eToro representative told Cointelegraph.

However, employees at eToro have shared an article from Israel-based media outlet Calcalist announcing the IPO on LinkedIn, apparently with the blessing of CEO Yoni Assia. 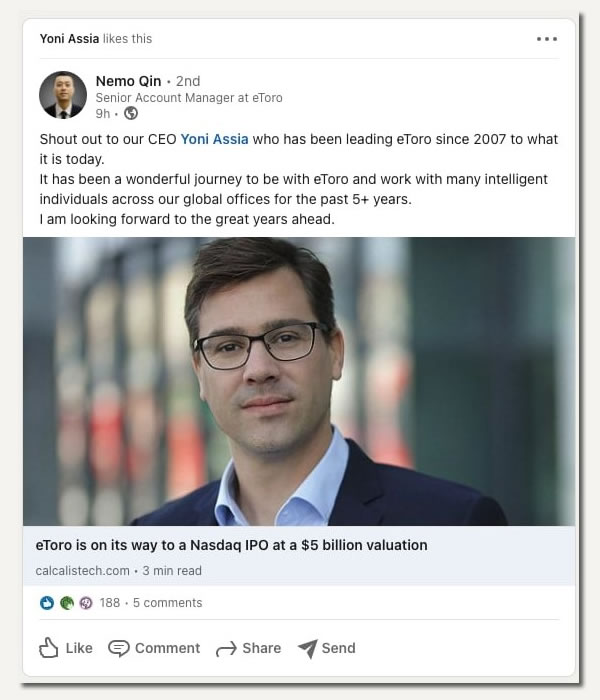 EToro “is targeting an IPO in the second quarter of 2021 after doubling its revenue to $500 million and gaining five million new customers in 2020,” says the Tuesday article from Calcalist. “The company is currently in talks with investment bank Goldman Sachs regarding leading the IPO,” Calcalist added.

Coinbase recently filed with the United States Securities and Exchange Commission to run an initial public offering in 2021.

A number of mainstream financial entities, such as MicroStrategy, have started a trend of institutional Bitcoin investments. Coinbase’s move to go public, along with hints at a similar move from eToro, could stimulate further adoption of cryptocurrency. Voyager, a digital-asset brokerage platform, also went public in Canada earlier this year.