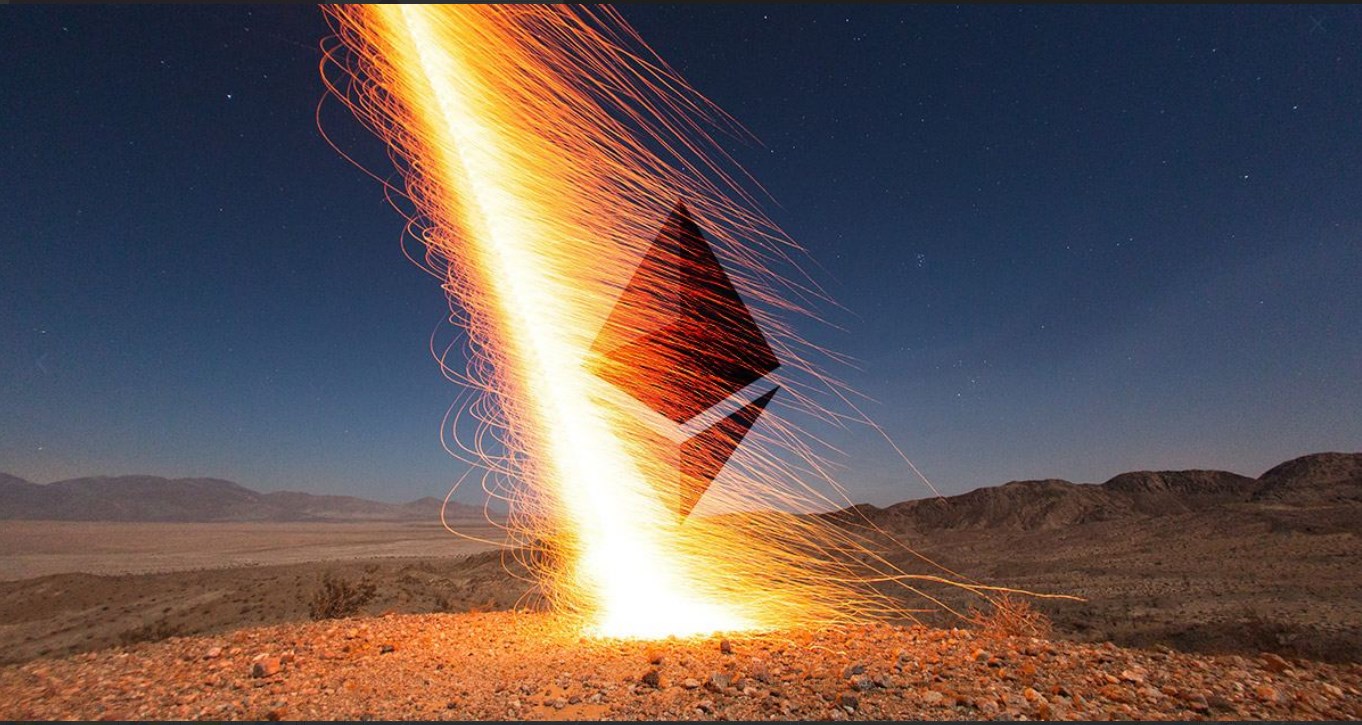 While Ethereum appreciated over December, the leading altcoin has largely underperformed Bitcoin.

On days when BTC rallied 5-8 percent in a single day in December, Ethereum was sometimes flat, consolidating around key support levels as capital was focused on Bitcoin. Many attribute this to the institutional support for the crypto market, which aggregates in Bitcoin first before altcoins.

Yet Ethereum has finally started to run, strongly outperforming BTC after the leading cryptocurrency has begun to consolidate in the $33,000 range.

This rally comes as Bitcoin has begun to stall. BTC is down 0.5 percent in the past 24 hours as capital has begun to rotate into altcoins.

Matt Kaye, the managing partner of Blockhead Capital, posted the tweet seen below earlier this weekend. It explains that Kaye thinks if Bitcoin starts to range, Ethereum could rocket higher.

I wonder what happens over the next few days of ranging…

A lot of people short $ETH for high beta downside protection might find themselves in need of protection 🦧 https://t.co/pFpsgvjxLp pic.twitter.com/EEBnDIusGW

Prominent analyst “Light” also recently said that he thinks it is now time for altcoins to outperform Bitcoin.

According to Andrew Keys, a former ConsenSys executive, Ethereum is likely to perform extremely well in 2020 as a result of ETH2 and further growth in decentralized finance:

“The Eth 2.0 upgrade will catapult the network’s capability and garner even more attention from enterprises and institutional investors, driving the price of the ether currency to new heights.”

He added in that op-ed for CoinDesk that he thinks the total value locked in the decentralized finance space will grow to $150 billion. Keys thinks that this will be a byproduct of other blockchains having their tokens transferred to Ethereum via cross-chain bridges, which can drive value to Ethereum and the DeFi space as a whole:

“It is undeniable that Ethereum is home to the majority of decentralized finance activity. But other networks will enter the space in a more material way, putting other native tokens to work in Ethereum’s DeFi ecosystem. With the various tokenized bitcoin options (tBTC, ren, wBTC) growing in popularity, we will see bitcoin’s $430 billion market cap collateralized in DeFi.”