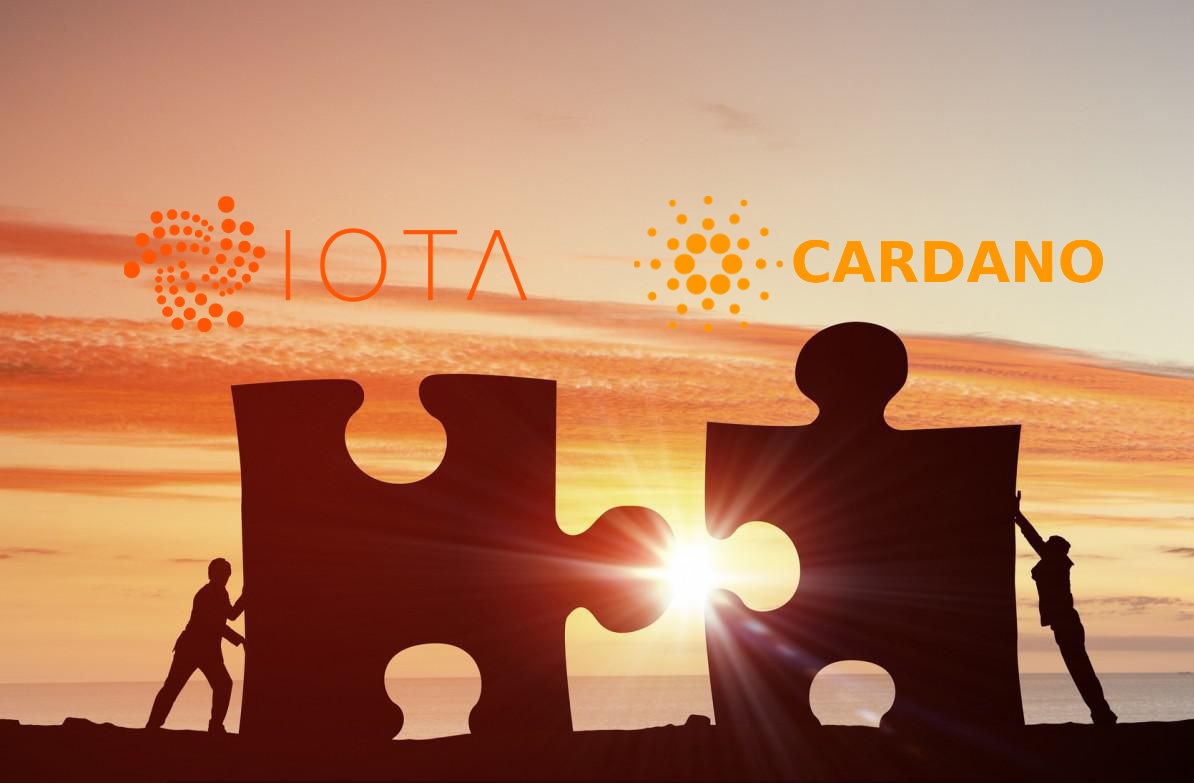 At the end of 2020, IOTA co-founder Dominik Schiener stated that he would contact the inventor of Cardano, Charles Hoskinson, to discuss a partnership. Based on the creation of a “bridge” that will connect IOTA to the Cardano network, Schiener received an early response.

The co-founder of IOTA revealed his intention to collaborate with Cardano on the IOTA Foundation’s Discord channel. There, he also said that they will focus on expanding IOTA’s interoperability with other ecosystems, including Ethereum with the development of an ERC-20 token migration tool. Something similar is being done by IOHK for Cardano as a component for the deployment of the Goguen era.

Schiener said he met Charles Hoskinson in 2021 when he received an invitation to join Crypto Valley in Zug. At that time, Hoskinson was still a member of the Ethereum Foundation. Via his Twitter account, Hoskinson responded to the statements of IOTA’s co-founder. On a positive note, the inventor of Cardano wrote:

Dom Schiener What’s this I hear about a bridge? Send me an email and let’s schedule a meeting.

A few minutes later Schiener said he would send an email to Hoskinson and added that “it will be good to reconnect after all those years”. Both networks are in crucial stages of development, so it will be interesting for their communities to see what can emerge from a cooperation between Cardano and IOTA.

On the other hand, Hoskinson also celebrated a founding event for the entire crypto industry. In a video uploaded to his YouTube channel a few hours ago, the inventor of Cardano congratulated Bitcoin on the 12 years since the creation of the first block on the Bitcoin network. Hoskinson said:

In those days it was just a dream and a Whitepaper and about 100,000 lines of C++ code. Not the best code, but at the end of the day it worked enough to attract many great minds (…). It grew from a few crypto crazy anarchists to a global movement that has changed the world.

Hoskinson noted that Bitcoin has endured multiple price crashes and the loss of key figures in its development, including its creator, Satoshi Nakamoto, and countless predictions that have declared it a dead asset. However, “the idea persisted” changing the way world leaders, institutions, and regulators view finance and money transmission.

Bitcoin inspired us to start thinking about assets as one thing that can become many things. It inspired us to be our own bank, to talk about identity in different ways, to talk about what decentralization is. A definition that our industry still needs to converges on. It also inspired numerous scientists across the world to create thousands of papers.

In the crypto community, other personalities have published messages celebrating “Genesis Day”. Meanwhile, Bitcoin remains above $34,000 and doesn’t seem to be backing down on its upward trend. Hoskinson added:

One thing is undeniably true, we all owe Bitcoin a sense of gratitude for bringing us to the table and giving us the resources we needed to participate in one of the most exciting renaissance in the history of finance (…). Happy birthday, Bitcoin, and may it continue to be that shining star for all who wish to wonder!