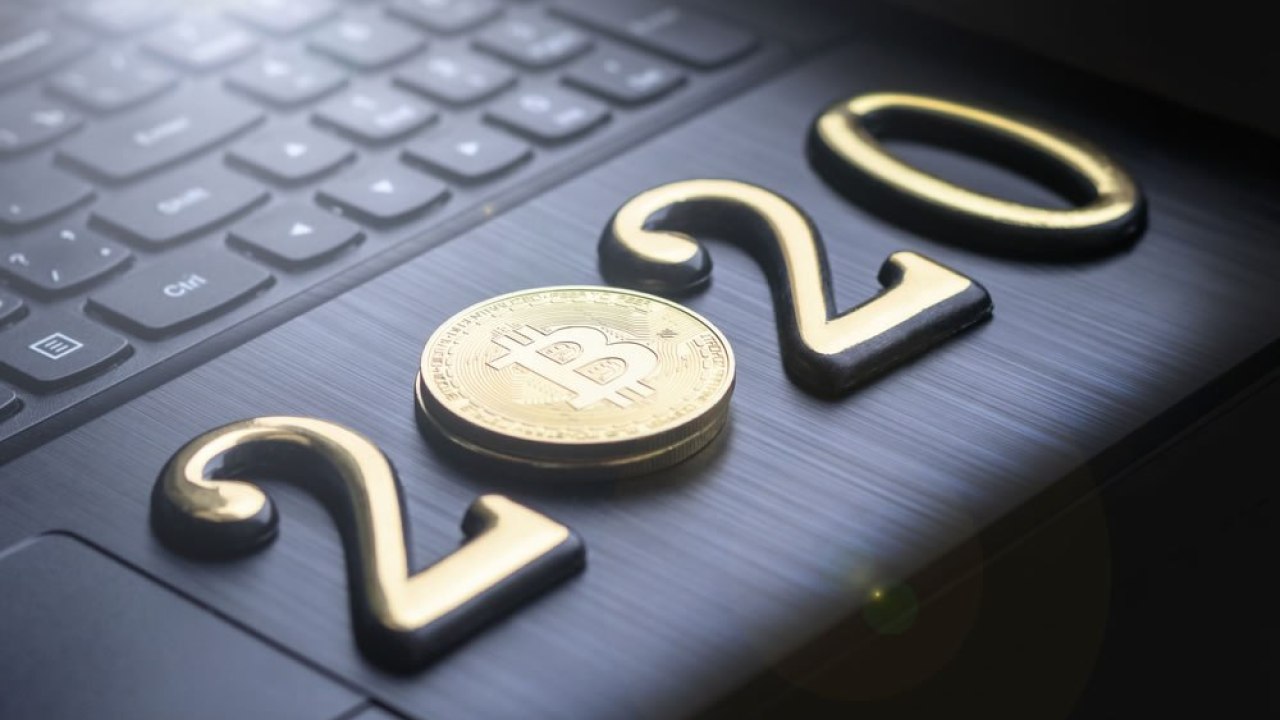 The year 2020 has been the most controversial year in crypto so far. It brilliantly highlighted the whole range of merits and demerits of our segment. It never ceases to amaze. It never ceases to disappoint. So, as we stand on the threshold of the New Year, let us recall the most impressive and dramatic moments of 2020.

EVENT OF THE YEAR

Despite being in the game for long, decentralized financial protocols or DeFis raised enormous hype in 2020. DeFis should be referred to as a class of decentralized (on-chain) applications based on smart contracts that allow its users to perform basic financial operations with crypto assets: lending/borrowing, cross-asset exchange, derivatives trading, transactions processing etc.

To interact with DeFis, crypto holders ‘lock’ their assets in protocols. In 2020 total volume locked witnessed an insane 16x run: at printing time it almost surpassed $15B. In contrast to traditional centralized crypto platforms, DeFis offer a much higher level of privacy, implement user-focused ‘fair’ distribution of revenues; they are unstoppable and censorship-resistant.

On May 10, 2020, Bitcoin (BTC) miners saw their rewards per block decrease by 50% to 6.25 Bitcoins (BTC). Thus, the influx of new Bitcoins (BTC) to the network also dropped to half. On the one hand, Bitcoins (BTC) became much scarcer: previous halvings boosted Bitcoin (BTC) price growth. On the other hand, mining became half as profitable as it had been: miners with old machines started to abandon the network. Crypto community was scared by the  ‘death spiral’ scenario with a gradual decline of the Bitcoin (BTC) blockchain. By the way, this dramatic prediction  doesn’t seem to come true: Bitcoins (BTC) hashrate is 41% up YTD and keeps surging.

On Dec.1, the inaugural phase of Ethereum 2.0, Proof-of-Stake iteration of the second blockchain, came to existence. This launch paves the way to a completely new Ethereum, with sharded structure (many interconnected sub-chains) and mining replaced by staking.

The Ethereum community yet again proved itself as the most productive and passionate one. Meanwhile, the transition to Ethereum 2.0 may take many years, according to its inventor Vitalik Buterin.

DISASTER OF THE YEAR

On Dec.22, 2020, the U.S. SEC, the most formidable American watchdog officially charged Ripple Inc. and its masterminds Brad Garlinghouse and Chris Larsen with illegal security offering to the U.S. citizens. According to the SEC’s statement, Ripple sold XRP tokens in $1,3B equivalent in breach of investor protection regulations. Actually, that’s a price to pay for the games Ripple played for years. In addition, its partner Moneygram stated that it had never used Ripple’s instruments for transactions. So, 2021 will show whether Ripple’s ties in U.S. high offices are influential enough to settle this lawsuit down.

Activity of DeFi fraudsters went hand-in-hand with the developing popularity of this type of application. Three designs of attacks were most common:

While no asset performed well in early March, cryptos were a real disaster. First COVID-19 pandemic outbreak and Russia-US ‘oil war’ ended up with an evangelical massacre for Bitcoin (BTC) and altcoins. Cryptocurrencies market net capitalization lost 44% overnight while Bitcoin (BTC) and Ethereum (ETH) dropped 65% in a few hours. From today’s sub-30K waters, the multi-month Bitcoin (BTC) price low at $3,700 seems almost unbelievable – so does Ethereum (ETH) at $97.

DEVELOPER OF THE YEAR

As one of his colleagues said, Andre seems to fight for the Gold on humility Olympics. Meanwhile, it is the inventor of Yearn.Protocol (YFI) who created DeFi as we know this segment with its ups and downs. Samaritan of crypto, he sold all of his YFI tokens – and refused to accept even $9,000 salary. Meanwhile, after some attacks on unaudited protocols, his ‘I test in prod’ motto becomes one of the hottest memes of the DeFi community.

Inventor of Ethereum (ETH) protocol, Vitalik is still at the forefront of the Ethereum (ETH) army in its most challenging battles. While other Ethereans are responsible for ETH2 progress directly, he remains an undisputed ideological leader. Besides being a prominent developer and strategist, Vitalik proved himself to be an eagle-eyed philosopher: just read one of his essays.

According to one of the most acerbic minds in modern crypto, Messari’s Ryan Selkis, it’s better to be anonymous and rich than well-known and poor. This mantra works perfectly for mysterious decision-makers behind DeFi protocols: we know only their nicknames from Twitter and GitHub. Chef Nomi and 0xMaki from SushiSwap, 0xc4ad from Curve Protocol and many others gained superhuman influence in 2020.

TREND OF THE YEAR

Institutional adoption of Bitcoin (mostly by partial re-allocating corporate savings into the flagship cryptocurrency) is among the loudest narratives of 2020. According to the most trusted resource on this process, Bitcoin Treasuries created by crypto OG Rodolfo Novak, corporations hold 1,151,618 Bitcoins (BTC) or 5.48 per cent of its net supply. This stack is monstrous, yes.

The most notable drivers of this process are Nasdaq-listed Microstrategy and Grayscale Bitcoin Trust (OTCQX:GBTC). Meanwhile, the information about the majority of institution-driven purchases can’t be verified on-chain, so, the role of corporations in the developing BTC bull-run may be exaggerated.

An impressive milestone marked the turbulent history of cryptocurrency exchanges: flagship DEX Uniswap surpassed Coinbase Pro in daily trading volume on Aug.31. During Q1-Q2, 2020, aggregated trading volume on DEXs rocketed  by breathtaking 2,400% and surpassed $25B per month in August. Led by Uniswap and Curve Protocol, this process heralds the hidden ‘pains’ of crypto markets CEX are unable to tackle: censorship, enormous listing fees, KYC/AML checks, necessity to move funds to platform’s custody. These disadvantages were irritating during the entire history of crypto, although DEXs exploded in 2020.

‘Yield farming’, i.e. the obtaining of rewards for the operations on decentralized exchanges (typically, for liquidity provision) attracted thousands of crypto holders to DeFi in 2020. In September, SushiSwap drained 70% of Uniswap liquidity in 48 hours only as it offered better ‘yield farming’ strategies. ‘Yield farmers’ were so greedy that Ethereum (ETH) network congested many times: it was literally unable to process all transactions. Median network fees were over $10 per transaction in Q2-Q3, 2020.

ENTREPRENEUR OF THE YEAR

It was a splendid year for Binance CEO Changpeng Zhao or CZ. His exchange strengthened its supremacy in CEX rankings while Ethereum-compatible Binance’s private chain BSC launched. He immediately listed all red-hot DeFi monsters (SUSHI, YFI, YFII) and earned enormous fees from gamblers of the crypto segment. He masterfully ignored all attacks of American media accusing Binance of a mysterious strategy focused on avoiding regulatory requirements. As a result, no service could challenge  Binance in 2020.

Something like Ripple and XRP – but in a good way. These guys nurtured their products and teams for years and their hour has come in 2020. Right now, there are undisputed and the most authoritative speakers of the crypto segment. And they keep building, so we should get prepared for the new jaw-dropping releases. Their assets also performed well: COMP was the first DeFi token to enter Top-25 of cryptos by market capitalization, UNI was used in an unparalleled airdrop while AAVE witnessed triple-digit growth for two months in a row.

This man controls all of your USDT. It may be much more important than it seems given his Tether (USDT) now has $20B in market cap. To provide some context, its closest competitor – Circle’s USDC – barely surpassed $3,6B.

You may be guessing, where is the splendid Bitcoin (BTC) price rally to over $30,000? Keep calm , the spiciest things will follow in 2021.

CeFis are too regulated while DeFis still don’t speak human language. So, the most valuable products of 2021 may emerge at the interface.

No, CryptoKitties aren’t back. NFT markets are way more mature in 2020 – and these ‘pet rocks’ are way more expensive. Don’t miss a thing!