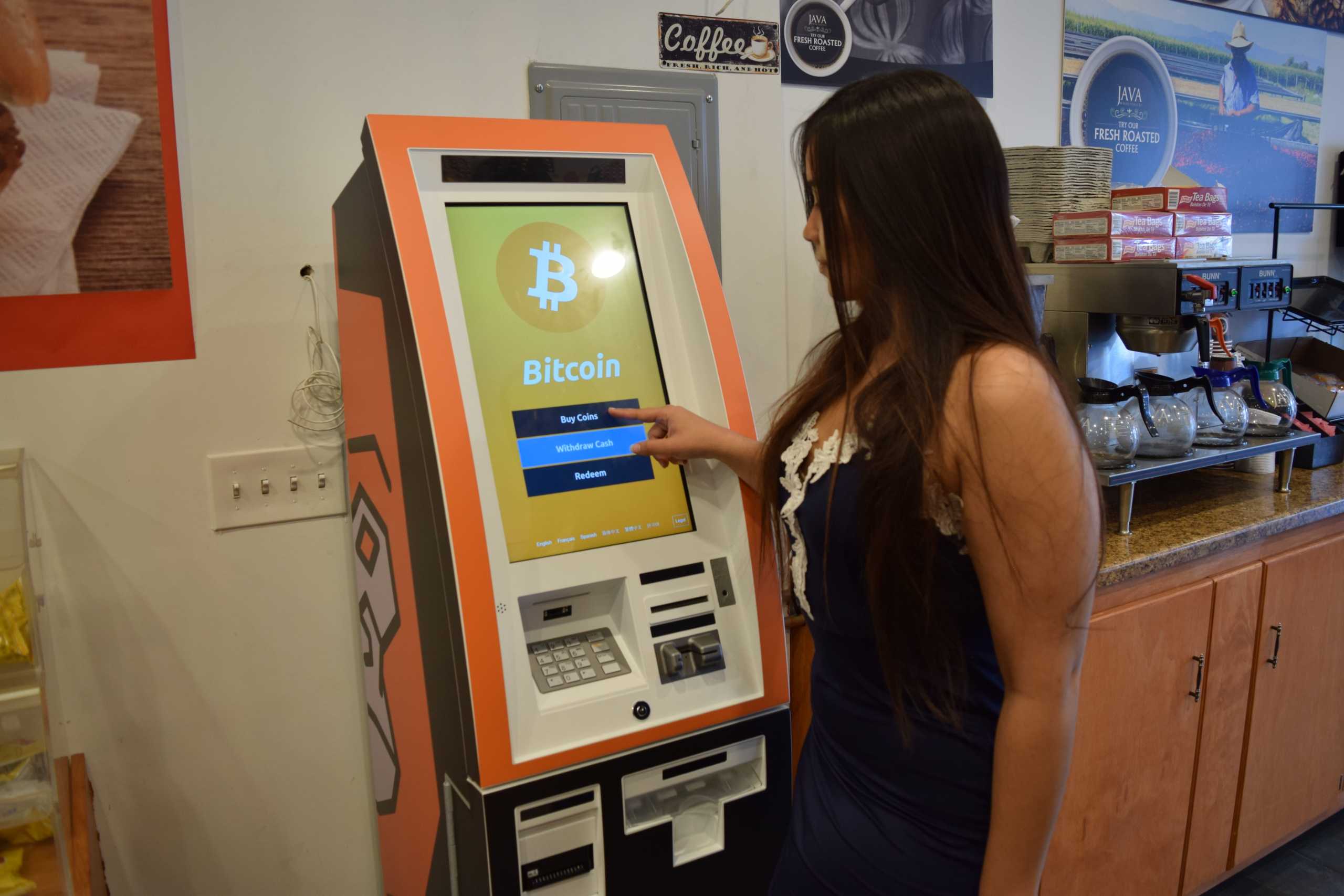 Bitcoin is all about the digital economy and the cashless society. ATMs, therefore, should have no place in this virtual economy… right? Wrong, it turns out. Bitcoin ATMs are springing up all over the world, offering customers an easy way to buy Bitcoin on the high street.

What is a Bitcoin ATM?

Bitcoin ATMs look pretty much like any other ATM. The key difference is that while regular ATMs dispense cash, Bitcoin ATMs let people trade Bitcoin (and sometimes other cryptocurrencies, too), right in the convenience store, the mall or the parking lot.

The first public Bitcoin ATM was opened on the 29th October, 2013 in Vancouver, Canada. There are over 12,000 Bitcoin ATMs globally, and over 10,000 of them are in the US—by far the most of any country.

The functionality is also spreading beyond dedicated Bitcoin ATMs; in December 2020, UK ATM operator Cashzone inked a deal with crypto firm BitcoinPoint, that enables Bitcoin holders to sell their coins across its network of 16,000 conventional ATMs.

Why use a Bitcoin ATM?

Some banks block cryptocurrency transactions, meaning that the only way for account holders to obtain Bitcoin is to use a Bitcoin ATM.

In the early days of Bitcoin ATMs, they could be used to buy Bitcoin anonymously. That’s changed in recent years, however, with regulators turning their attention to Bitcoin ATMs in a bid to combat money laundering.

These days, Bitcoin ATMs in the United States (where the majority are located) are regulated by the Financial Crimes Enforcement Network (FinCEN), while in Canada, a recently-passed law obliges Bitcoin ATM operators to report all transactions above $10,000 Canadian dollars (about $7,400).

Nevertheless, for small purchases, Bitcoin ATMs can be a handy way to obtain Bitcoin without having to go through the hassle of setting up an account at a crypto exchange.

Finally, Bitcoin ATMs are convenient: need some quick cash but only have Bitcoin to hand? All you need to do is pop down to your local corner shop and you can turn your crypto into fiat, instantly!

How to use a Bitcoin ATM

To use a Bitcoin ATM, you’ll need a Bitcoin address, which for most people means obtaining a Bitcoin wallet. This could be a software wallet, a hardware wallet or even a paper wallet, depending on the level of security you require. Some ATMs will print out a paper wallet if you don’t have a wallet to hand. This paper wallet will have a private key on it, which you need to access your wallet.

To buy Bitcoin using an ATM, get the Bitcoin ATM to scan your wallet’s QR code. After this, enter how much fiat currency you’re going to put into the machine. Then, fill out any ID check (if there is one), which may involve sending a security code to your phone. Put in the security code to complete the transaction; the Bitcoin will usually end up in your wallet in ten minutes. To sell Bitcoin, do much the same, but hit “sell” instead of “buy.”

How to find Bitcoin ATMs

There are a number of different websites for finding a Bitcoin ATM. One of the leading options is CoinATMRadar, which works by inputting an address then generating a list of the nearest ATMs. It lists some of the fees of each ATM, as well as the cryptocurrencies that the ATM supports. The site also features reviews of ATMs, although a significant number have no review data.

Bitcoin.com has its own ATM map. It’s powered by CoinATMRadar and it presents the results in a more user-friendly map format; the site also tells you whether an ATM is open at all hours, and which crypto and fiat currencies it supports.

Unfortunately, the map isn’t searchable, like Google Maps; instead, you’ll have to zoom in on different areas of the world to see how many Bitcoin ATMs are located in each region.

However, as the above example shows, there are discrepancies between the different Bitcoin ATM maps. Some ATMs that appear on CoinMap.org aren’t listed on Bitcoin.com’s CoinATMRadar, and vice versa. That means there’s no one authoritative list of Bitcoin ATMs; you may need to consult multiple maps in order to track down an ATM near you.

Several of the leading Bitcoin ATM firms provide maps showing the location of their own ATMs. CoinSource provides its own ATM map, as does atmcoiners.com. However, these services are more limited since they only show the individual companies’ own ATMs.

There are several mobile apps for locating Bitcoin ATMs, too. Perhaps the most popular is CoinATMRadar, which is available on both the Google Play Store and the Apple App Store. You can share your location with the app to find the nearest ATM. It’s similar to the website: the app also details whether the ATM is uni or bi-directional, as well as supported cryptocurrencies and fiat currencies. It works well, although you have to download data for each individual country.

Bitmap (listed as Bitmapp on the Apple App Store) is its main competitor. It has over 10,000 downloads on the Google Play Store, but Decrypt found it a lot buggier than CoinATMRadar. The app frequently broke, citing a bad Internet connection, even when the phone used was connected to the Internet. Bitcoin.com doesn’t let you search for Bitcoin ATMs in its app, so CoinATMRadar appears the better choice.