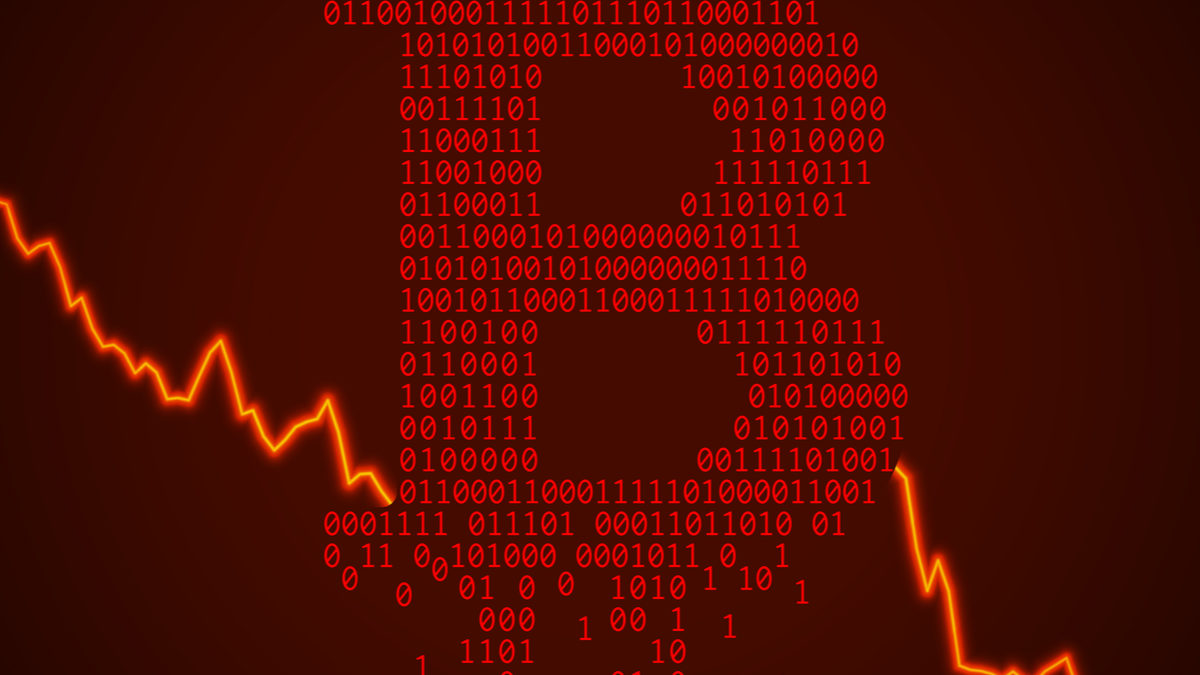 Of course, after each major correction, a lot of cryptocurrency enthusiasts wonder if this is the end of the run and if Bitcoin is dead, again. Let’s analyze previous bull rallies and how Bitcoin price behaved in the past to see if this run is over, or it’s just the beginning.

The BraveNewCoin Liquid Index provides a historic chart of Bitcoin price since its early days in 2010. One of the biggest Bitcoin rallies started in August 2015 and ended in December 2017 after Bitcoin saw a 10,000% price increase.

Throughout this two-year run, BTC experienced massive ups and downs. The first move was about 164% and happened in around 3 months pushing BTC price to a high of $501 before a massive 40% retrace towards $298. 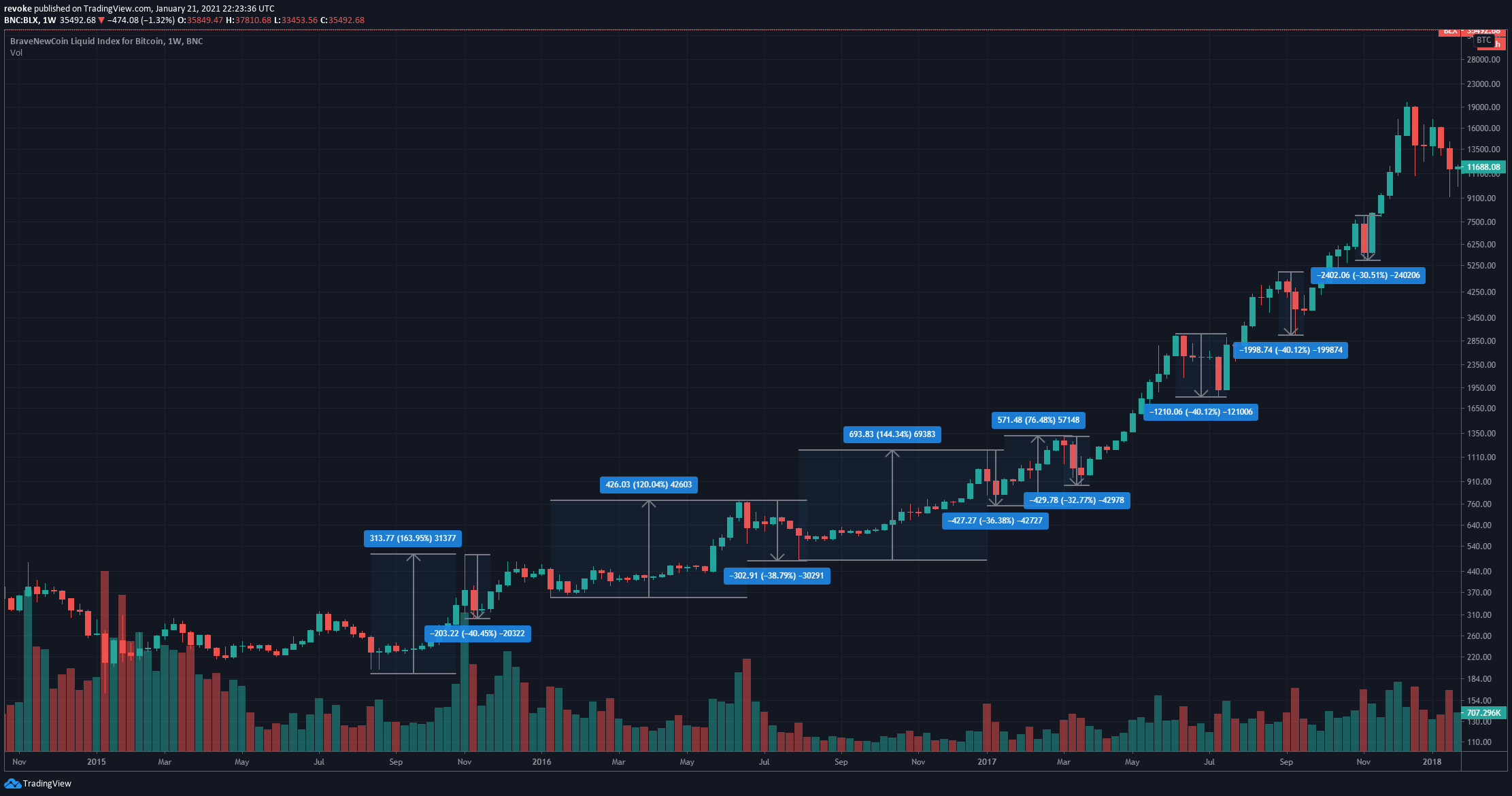 The chart above clearly shows all the ups and downs and how most corrections were lower than 30%. Just 6 months before the all-time high on December 2017 at the time, at around $20,000, Bitcoin experienced three massive pullbacks.

Currently, Bitcoin’s price is only down by 27% since its all-time high at $41,950, which means this correction should be viewed as a healthy pullback.

Bitcoin can still fall below $30,000 and remain in an uptrend

If we explore the weekly chart, this recent correction doesn’t look as bad here. The 12-EMA, which has provided a lot of support for the bulls on the way up is established at $26,000 which would be the first most significant pivotal point. 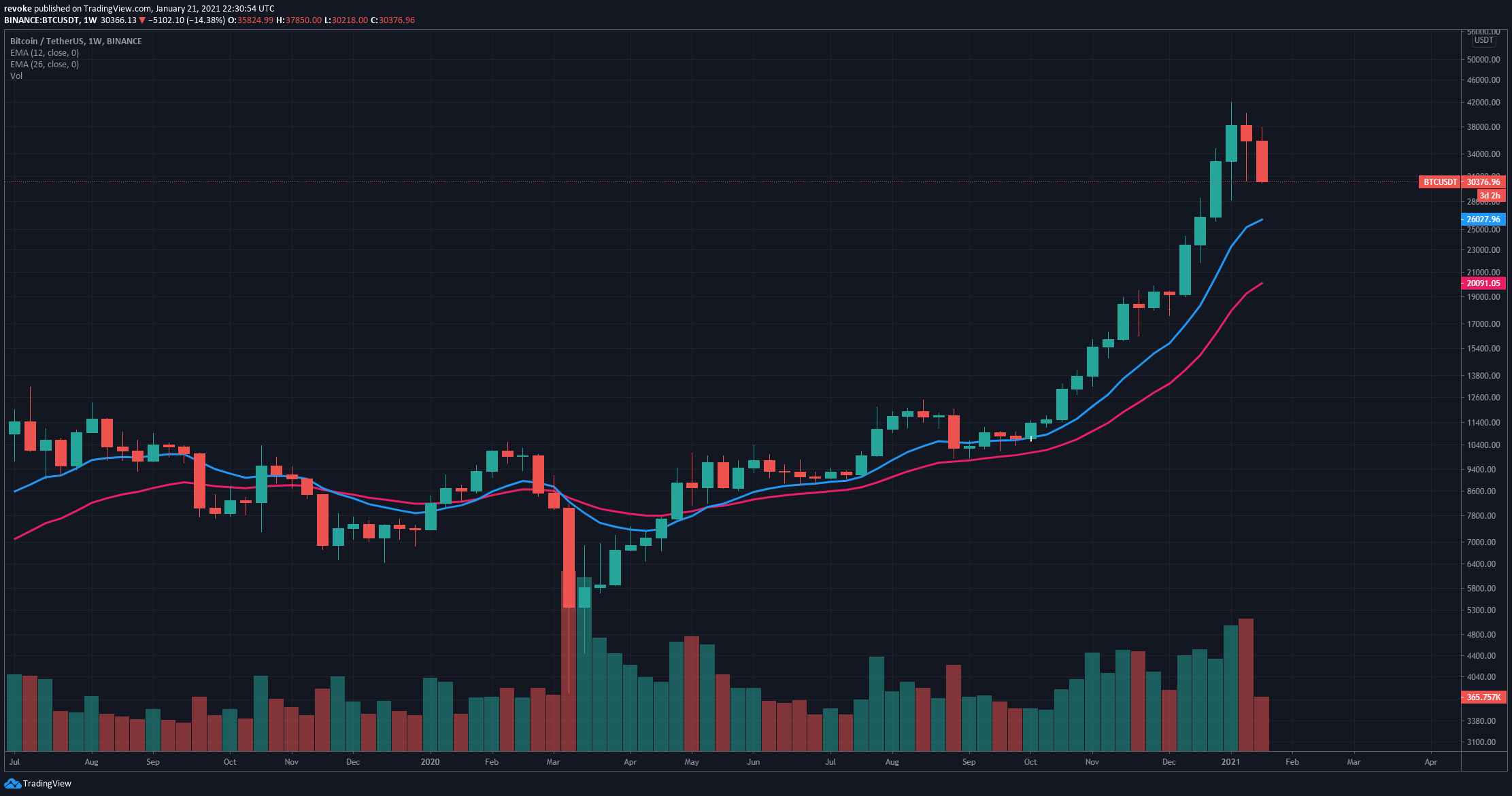 Establishing a higher low above the 12-EMA would be extremely healthy and the uptrend can quickly resume. As the lowest support level, we can find the 26-EMA at $20,000. Bulls would need to hold this point to remain confident in the uptrend, however, anything above $10,000 should still be considered a higher low and a potential continuation of the uptrend.