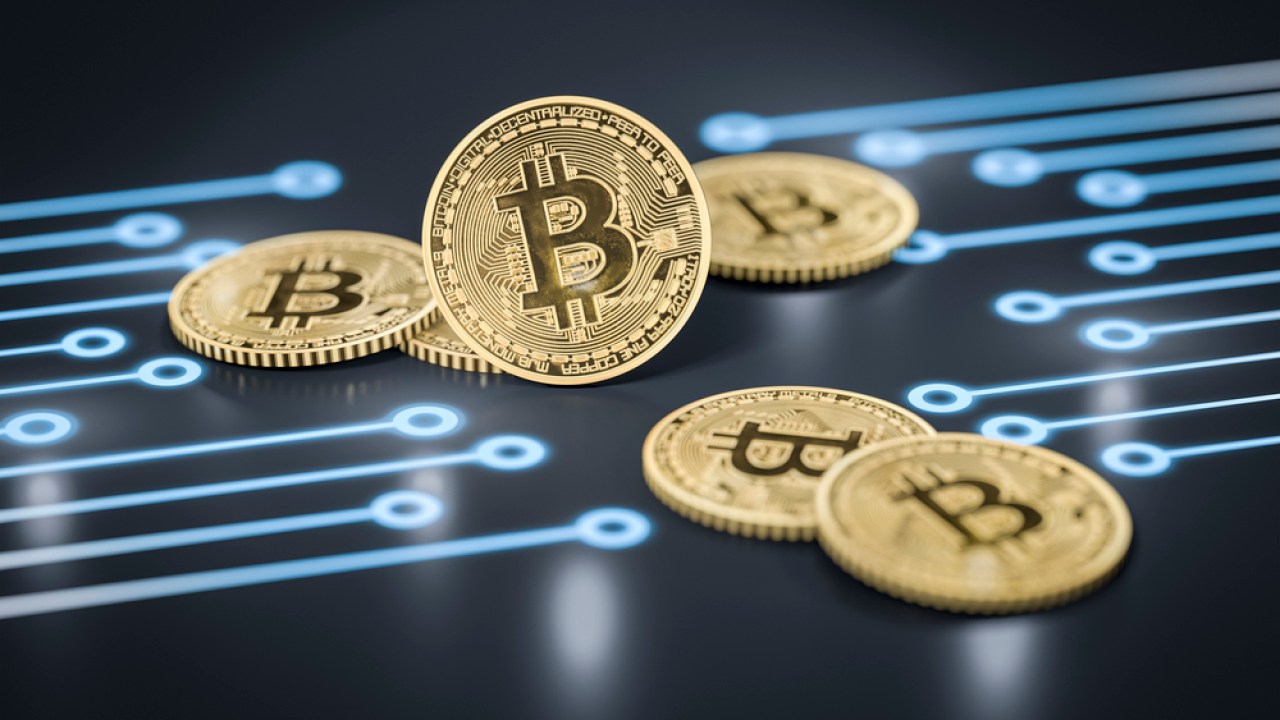 As it struggles to keep support in the low $30,000 range, the price of Bitcoin seems to be following the pattern it has had since mid-2020: rejection at a resistance level, retreat, and consolidation. Although the market is showing bearish signals, analysts are keeping their eyes on the institutions to determine if the trend is leaning in favor of the bulls or the bears.

At the time of publication, Bitcoin traded at $31,914 with a 0.38% profit in the last 24 hours. In the weekly and monthly charts, the cryptocurrency presents losses of 13.08% and gains of 37.19% respectively. Market capitalization has decreased and stands at $590 billion.

The crypto community attributes Bitcoin’s recent crash to misleading news about a possible “double-spending” on its blockchain. Some institutions sold part of their Bitcoin stock for the spread of the misleading news. Another key factor was the change in the U.S. administration.

The firm QCP Capital said in a recent report that sectors of the crypto market expected new representatives from the Securities and Exchange Commission (SEC), the Commodity and Futures Trading Commission (CFTC), and the Federal Reserve to have anti-crypto views. However, regulators have expressed moderate positions, and there are indicators in favor of improving the current regulatory framework.

In that sense, QCP Capital states that the market had already “positioned itself for a correction” and they consider that the referred news were “an excuse” for the massive sell-off that caused the drop in Bitcoin’s price. Although it seems unlikely that a drop like the one at the beginning of 2018 will occur, the firm expects the current trend to continue until the end of the first quarter of 2021.

Bitcoin price, a battle between the U.S. and China market

Institutional buyers have been the biggest price drivers for the benchmark cryptocurrency, but the high buying pressure they have exerted could be on the decline. QCP Capital says there are signs of “institutional exhaustion”:

Since March last year, the clear pattern has been relentless US buying while Asian whales and miners have been on the offer. However after the BTC top 2 weeks ago, the strength in US hours has lost momentum for the first time. This is a clear sign of exhaustion in demand from the US institutions and corporates (…).

Data from Skew indicates a weakening of the buying pressure exerted by retailers, as the image below indicates. The funding rate on the main exchange platforms is at its lowest level since the beginning of the year. According to QCP Capital, this metric turned negative in the last 24 hours. 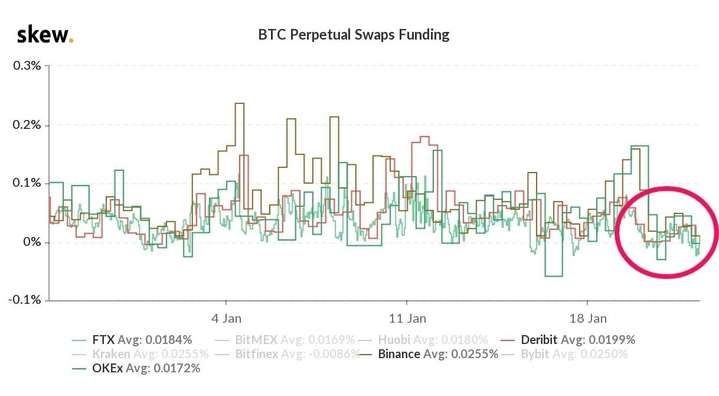 The firm points to $30,000 as a key support level. In that sense, trader Michäel van de Poppe agrees with QCP Capital and expects the price of Bitcoin to revisit the $30,000 level unless it can reach above $34,000.

If the price of Bitcoin loses this support level, van de Poppe predicts a drop to $25,000. Trader Byzantine General, for his part, says that there are more bullish than bearish indicators. However, he expects the price of Bitcoin to remain in its current range in the short term.

Bear bias:
> below DO
> below DTWAP

Conclusion: I don't see a lot more downside potential.
But highest probability is that we range here for a while.$BTC pic.twitter.com/DhdoMXjZH1