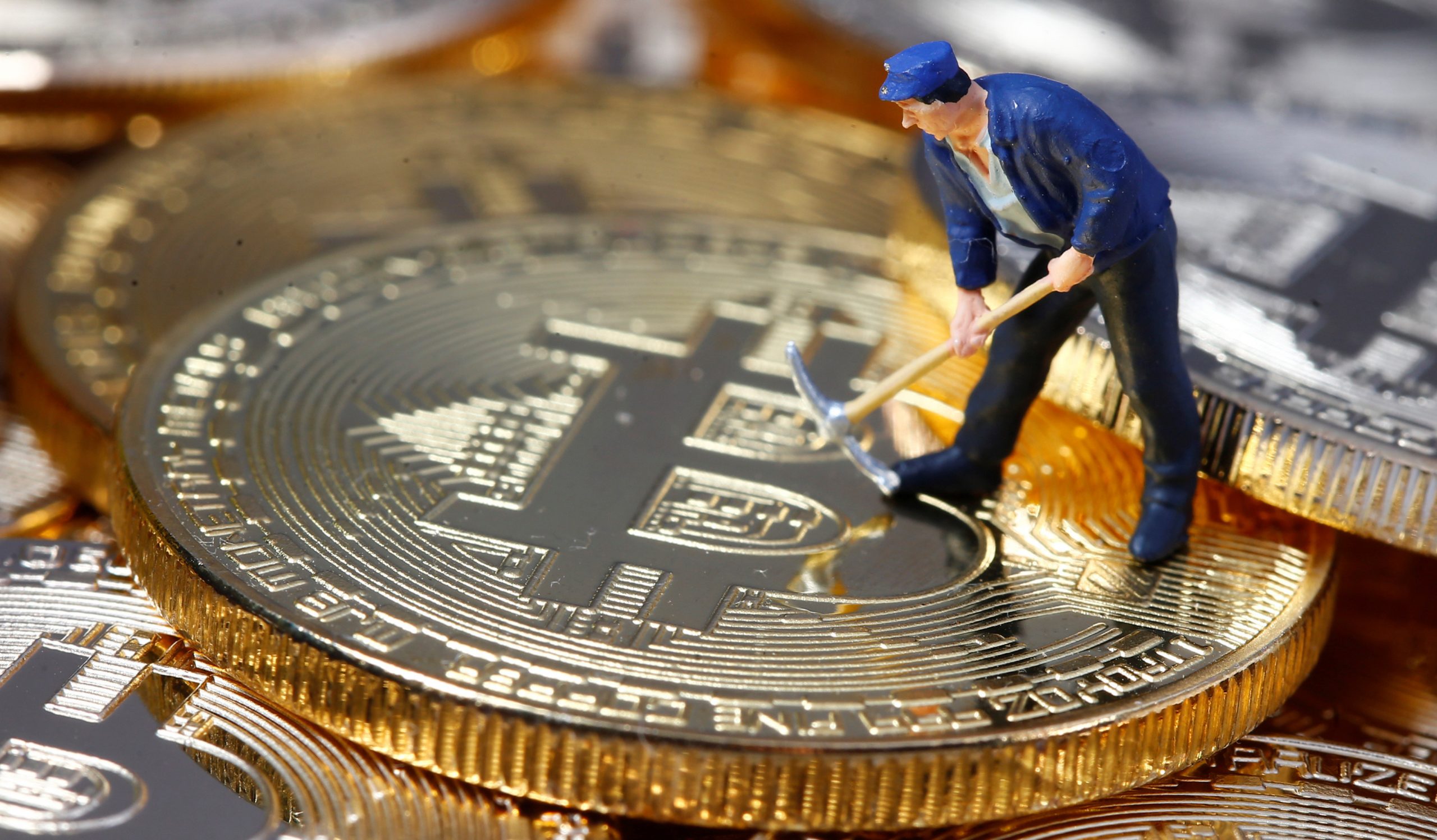 Bitcoin arouses passion, curiosity and has received more and more media attention, especially after having climbed the ranks of the best financial asset of the decade. However, whenever its price goes up, many doubts and questions arise, mainly around its origin and the energy expenditure by miners.

The Bitcoin protocol has created a unique digital asset

To understand how Bitcoin (BTC) is created and what mining is, the key is the double-spending problem.

Before Bitcoin, there was neither a digital value to be transferred nor a digital asset to be divided into several parts. That is, if you scanned a $100 bill and wanted to transfer this bill to someone, you could only send a copy of this bill.

Likewise, regarding financial transactions, when we click on the send button in our internet banking accounts or at an ATM, there is always an intermediary that transfers the money from one account to another. And that’s the problem Bitcoin aims to solve — the double-spending problem.

When you click the send Bitcoin button on your cell phone, for example, you are not sending a copy, you are actually sending a digital object. Once a transaction is made in Bitcoin, it becomes irreversible and cannot be tampered with.

For that reason, it is impossible to cancel or reverse a Bitcoin transfer after it has been validated by the blockchain network because the Bitcoin protocol has solved the problem of double-spending. It made a single asset, Bitcoin, digitally unique, enabling value transactions on the internet without intermediaries (independent of a central entity).

While traditional money is issued (created) through (central) banks, Bitcoin is issued by algorithms, whose rules are pre-established in its protocol — the Bitcoin blockchain.

In turn, the Bitcoin blockchain is a transaction registration system, maintained in an open (distributed) network of “suspicious” participants, who do not know or trust one another.

So, when Satoshi Nakamoto wrote the source code for the Bitcoin protocol software and published it on the internet, he proposed the following: If you provide security for this network and help this financial network to operate, you will be rewarded.

The logic of the pre-established rules in the Bitcoin protocol was very transparent and was written in a programming language. The breakthrough brought by the first blockchain, after years of research on digital currencies, is not just about computer science solutions.

The secret is in incentives

Using game theory, Satoshi implemented an incentive mechanism (consensus mechanism) called proof-of-work that enabled a new field of economic coordination, now called “cryptoeconomics” (the fields of economics and computer science to study the decentralized marketplaces and applications that can be built by combining cryptography with economic incentives).

It is this economic incentive system that ensures that Bitcoin network participants behave in favor of the security and the perfect functioning of the system. This is the main reason why the Bitcoin blockchain has yet to be hacked.

The importance of mining

As more and more people realized the potential incentives in Bitcoin and started to “plug in” their computers to provide security to the network, the Bitcoin blockchain became more and more viable and secure. Now, there is enormous computational power guaranteeing transactions: Bitcoin is computational strength.

A Bitcoin is “extracted” from the blockchain protocol by miners (validators) who need to solve mathematical algorithms to earn the right to include Bitcoin transactions in the blockchain network and be rewarded for it.

Realize that the miners compete with one another so that their computers are chosen to record the most recent transactions in the next block that will be included in the network. And the best way to win this competition is by solving the algorithms as many times as possible (before someone else reaches the correct result, called a “nonce”).

As it takes trillions of attempts to guess the correct nonce, only those who have more computational strength to win this competition will be awarded Bitcoin as a reward for their efforts.

We can draw two main consequences from what we have said so far.

The first consequence is that PoW prevents miners from circumventing the system and creating Bitcoin from scratch. Miners must burn real computing energy with each attempt and find the nonce to have a chance to win Bitcoin. As electricity to supply miners is not free, proof-of-work, therefore, generates a financial cost for Bitcoin mining.

The second consequence refers to the fact that PoW makes Bitcoin’s transaction history immutable. If an attacker tries to change a transaction, that attacker will have to redo all the work that has been done since then to recover and establish the longest network. This is theoretically impossible and that is why miners are said to “protect” the Bitcoin network.

As mining has become a legitimate industry over the years, it is supported by dedicated professionals with specialized hardware, which requires large data centers and a lot of electricity.

It is worth mentioning that although there are other consensus mechanisms, PoW is the most used in blockchains because it is the most effective in terms of cybersecurity.

How much electricity does Bitcoin mining use?

Cambridge University has been operating a live Bitcoin network energy estimator since 2015. In fact, Bitcoin’s transparency allows anyone to see the amount of hash power applied to the network, which is usually measured in the number of hashes per second that the network is performing as part of the mining process.

You can estimate how much power the network is using to perform these hashes based on the energy efficiency for hashing the mining hardware in use.

According to Digiconomist’s Bitcoin energy consumption tracker, mining currently consumes 77.78 terawatt-hours per year. That is comparable to the total energy consumption of countries such as the Netherlands and the Czech Republic.

Based on the above estimates, many argue against Bitcoin and the use of proof-of-work.

However, can we take these “estimates” as an absolute truth? Do these estimates take into account that miners do not always operate with the same efficiency? Is it being considered that the electricity used may be coming from clean sources?

Let’s look at these arguments one by one.

The arguments against proof-of-work and the incentive mechanism created by Satoshi Nakamoto are:

Argument A1 is true, as we demonstrated in the previous topic. It is one of the fundamental reasons why the Bitcoin network is so incredibly secure.

Argument A2 used to be true, but the situation is changing, as more regions globally are entering the BTC mining industry. As this does not matter for energy consumption by the Bitcoin network, we will consider it to be true.

Finally, the argument A3 is false, as we will see in the next topic, which debunks arguments A4 and A5.

Bitcoin is an energy hog, but… renewable

A recent research published by CoinShares Research found that most of the electricity consumed to mine Bitcoin, in fact, comes from clean sources, such as wind, solar and hydroelectric.

To be more specific, 60% of global mining takes place in China, where Sichuan alone produces 50% of the global hash rate, with the remaining 10% divided more or less evenly among the Yunnan, Xinjiang provinces and Mongolia.

It is important to note that the dominance of Sichuan both in China and in the world has a direct relationship with the hydroelectric-rich provinces of Yunnan, Guizhou and Sichuan in southwest China. During the rainy season, its electricity prices are among the lowest in the world, making Sichuan one of the most attractive global mining regions available.

On the other hand, of the remaining 40% of mining companies, 35% of the global hash rate production is equally divided among Washington, New York, British Columbia, Alberta, Quebec, Newfoundland and Labrador, Iceland, Norway, Sweden, Georgia and Iran.

Still, the report points to a broader problem of how renewable energy is currently deployed worldwide: Many renewable energy generators are poorly located and underutilized, and thus, Bitcoin mining has become the only viable use for this electricity.

In this context, the research concludes that the Bitcoin network obtains 74% of its electricity from renewable sources, making it more focused on clean energy sources than almost all other large-scale industries in the world.

Since the physical location of mining centers does not impact the Bitcoin network, are miners no longer migrating to areas that generate surplus electricity at lower marginal costs? And in this case, this could not solve the problem of renewable energy that has a predictable capacity and would otherwise be wasted, such as hydroelectric and methane burning.

Everything is energy — the waste is in not using it intelligently to improve economic and social living standards.