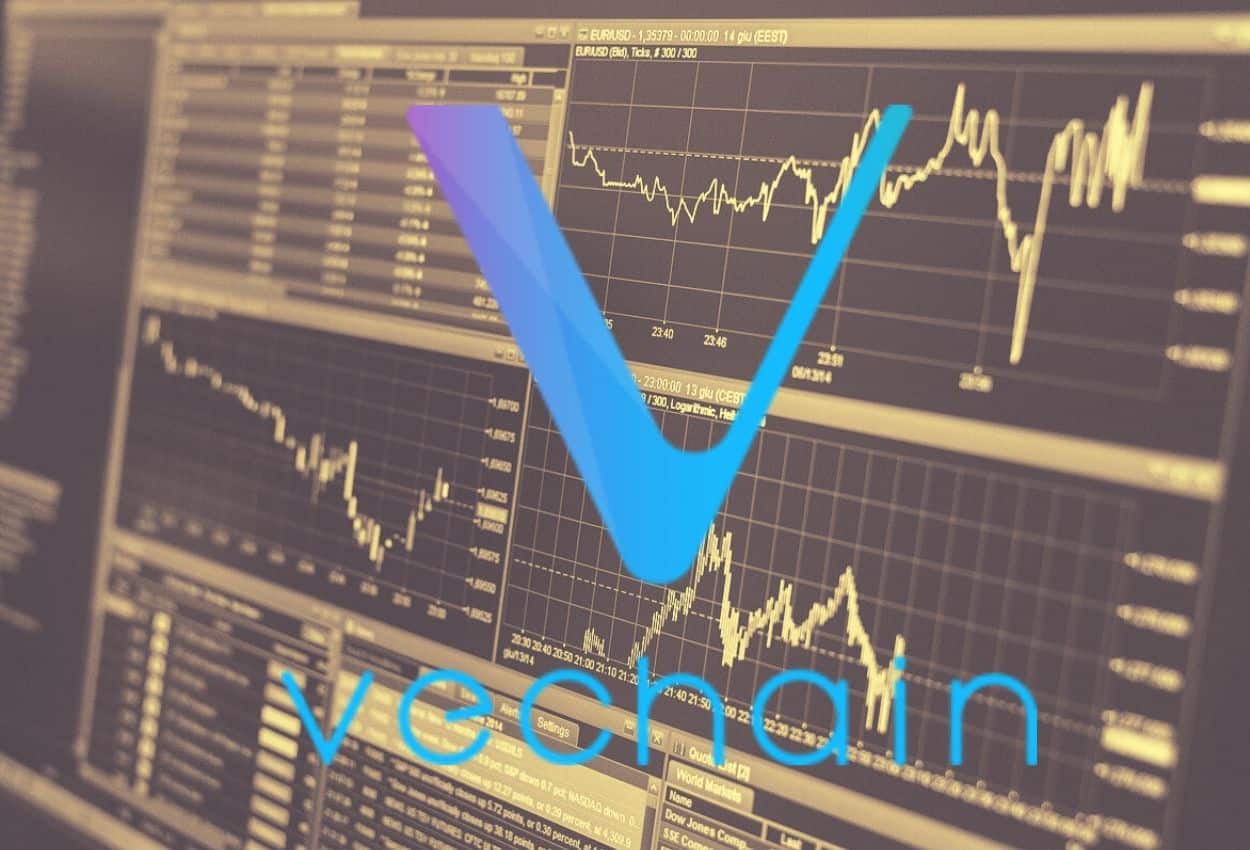 Vechain has been trading inside a rising wedge since January 7. The digital asset saw a 100% price increase since the beginning of 2021 peaking at $0.035. However, bears have taken control of the short-term trend and aim to drive Vechain price towards $0.02.

Vechain price can fall to $0.02 but there is some support on the way down

Vechain has established an ascending wedge pattern on the 4-hour chart, which broke bearish on January 25. The breakdown has a price target of $0.02 in the long-term, determined by using the maximum height of the wedge. 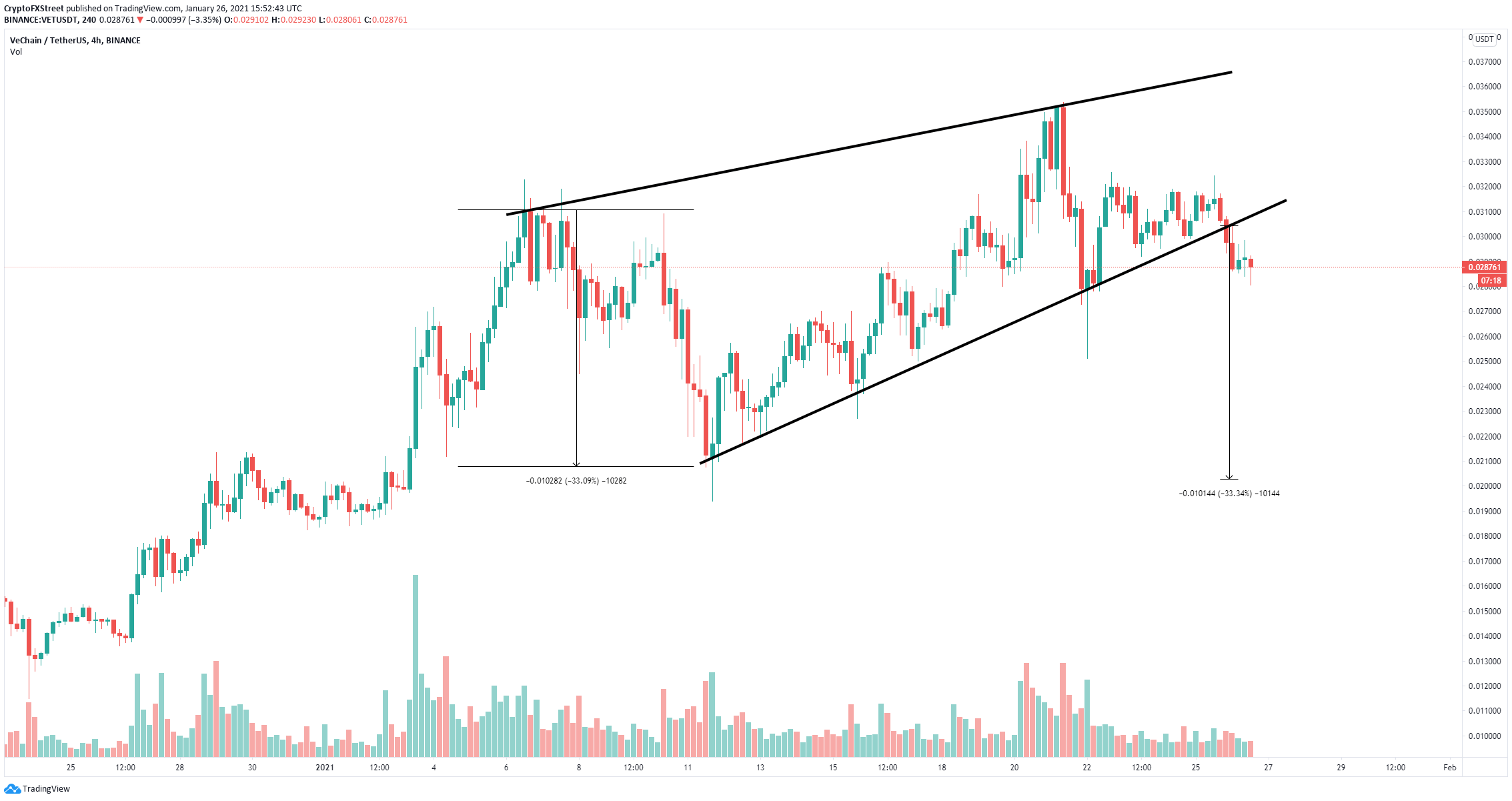 However, bulls have defended another significant support level at 0.028, which is the 100-SMA on the 4-hour chart. This could help them push Vechain price towards the 50-SMA at $0.03. 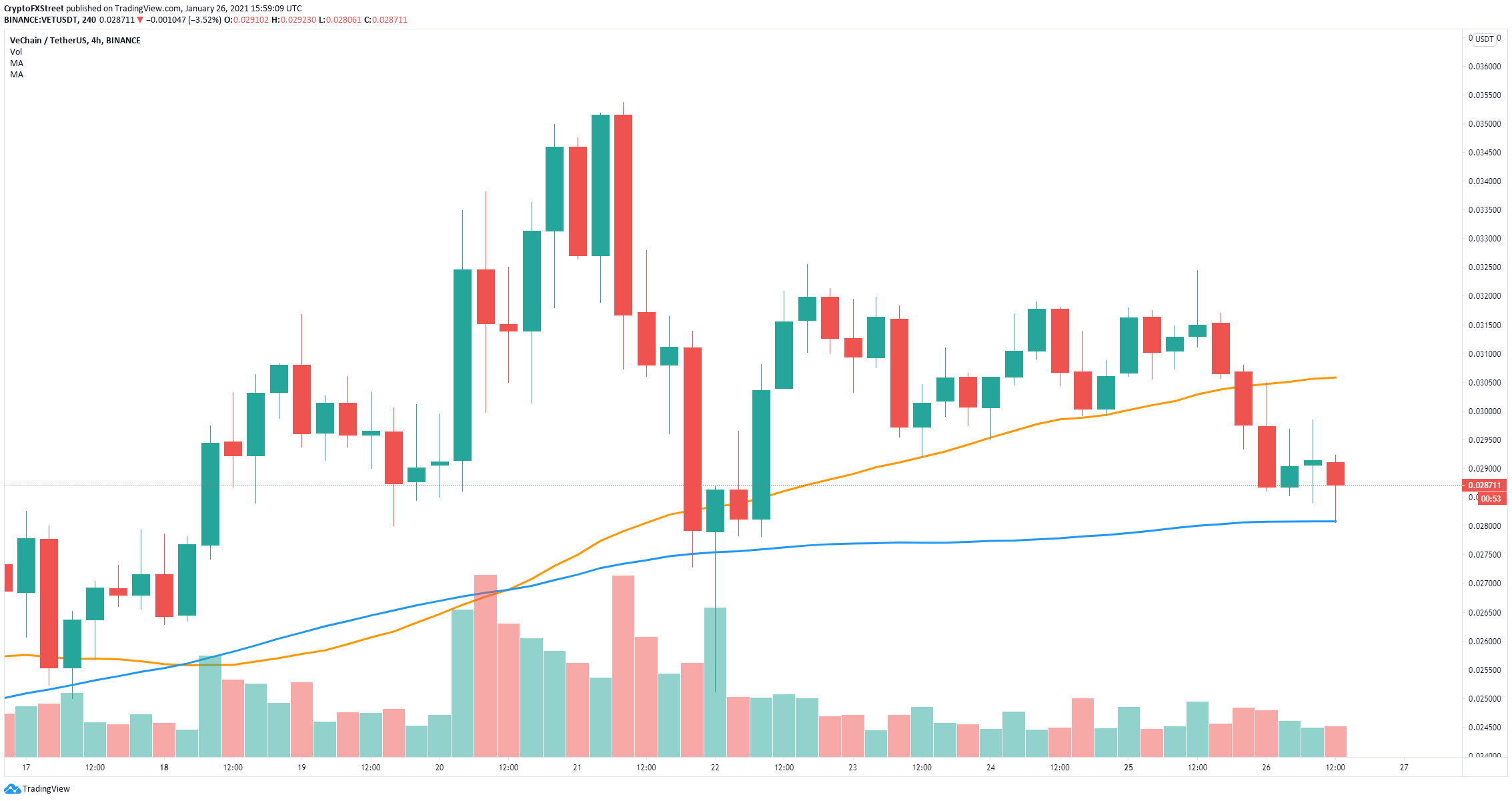 In the same time, Vechain has faced an increase in volatility, which can be attributed to a significant spike in traders that entered the Vechain network. In December 2020, the number of traders, which are defined as investors that hold VET for less than one month, was only 322 addresses (0.7%).

In January 2021, the number of traders has increased to 740 addresses representing 1.62% of investors. At the same time, the amount of Hodlers, which have been holding VET for more than one year, decreased in the past month by 1%.