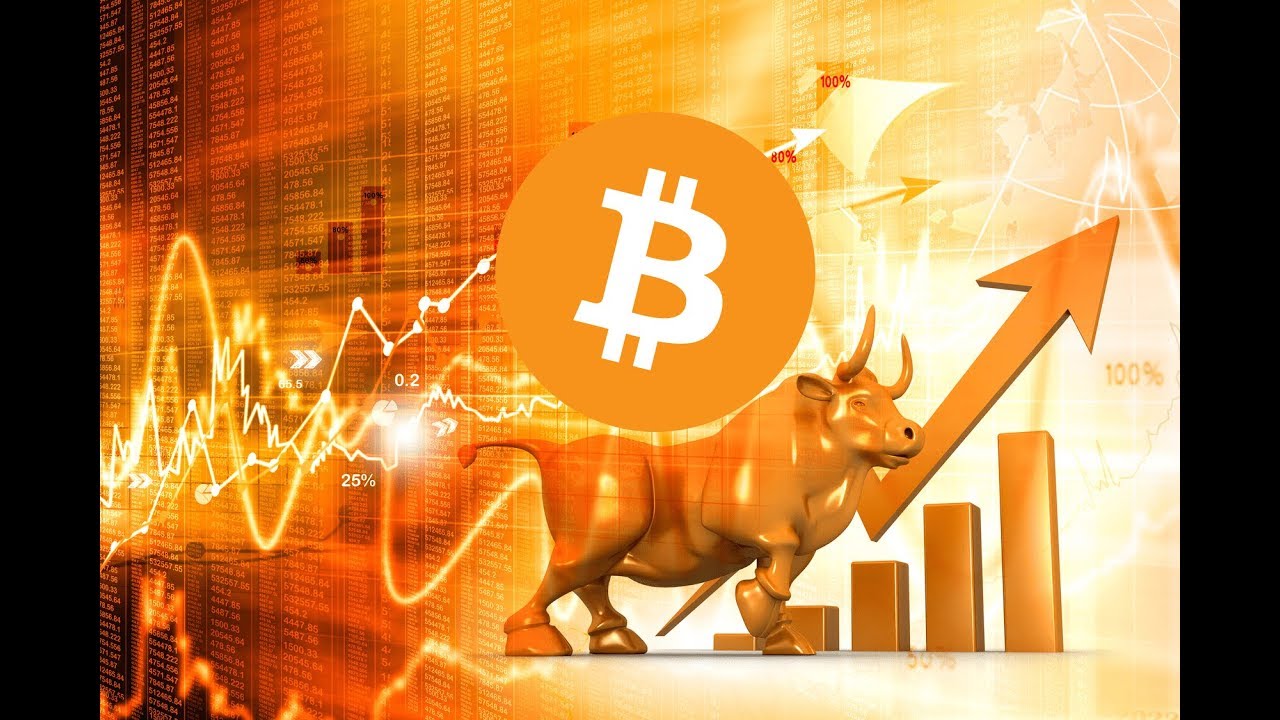 After the Elon Musk pump last Friday, the bitcoin price was held in a deeper consolidation over the weekend. Over the past two days, the BTC price traded in a range between 32,200 and 34,800 USD. At the time of writing, Bitcoin was rejected at the $34,500 level and dropped again to the mid-range of the weekend range at $33,800.

On the 24th day after reaching the all-time high of $42,000 (on January 08), the Bitcoin price thus remains in a consolidation phase. The arguments that this is just a consolidation and not the beginning of a new bear market are strong.

The CTO of data analytics firm Glassnode, Rafael Schultze-Kraft, has noted “massive” inflows of the second largest stablecoin, USD Coin (USDC), to major cryptocurrency exchanges over the past month. Schultze-Kraft claims that this capital is waiting on the sidelines and will be invested in bitcoin once the right moment arrives:

Massive inflows of $USDC to exchanges this year. Loads of gunpowder waiting on the sidelines. I’m ready. #Bitcoin 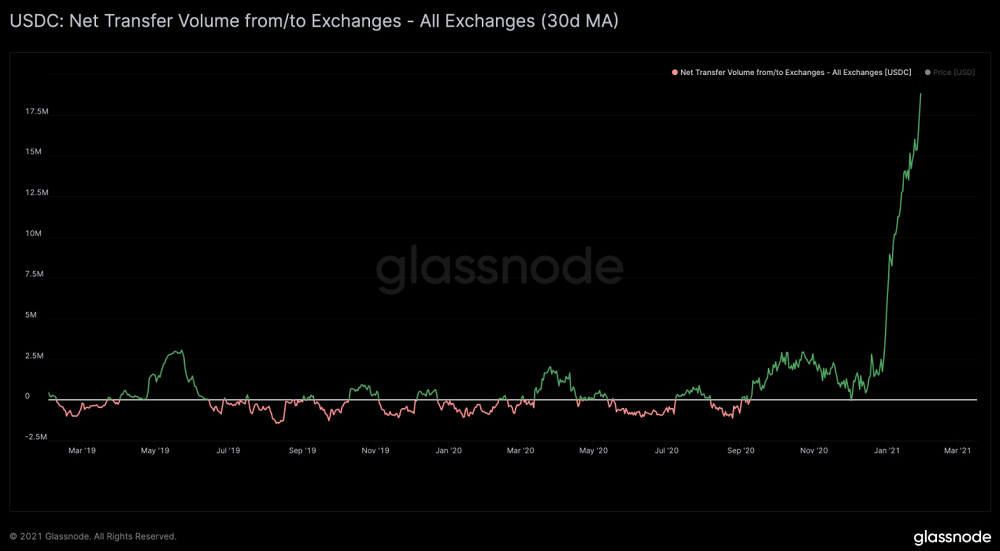 CryptoQuant confirms this analysis, noting earlier on Friday that stablecoin holdings on all exchanges worldwide have once again reached a new all-time high. Tether (USDT) still has the highest percentage of all holdings at 42.6%, followed by Binance USD (BUSD) at 24.3% and USDC at 21.1%. 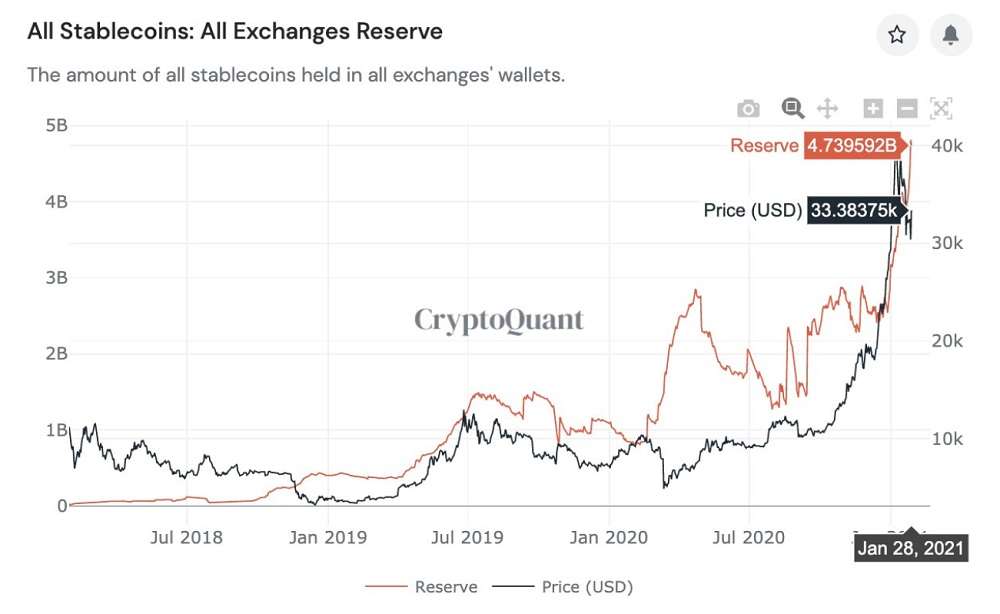 But it’s not just stablecoin holdings that argue for a “major consolidation of the bull market in 2021,” as On Chain analyst Willy Woo elicited. A number of charts also support the thesis. The first indicator Woo cites is the SOPR (Spent Output Profit Ratio) indicator.

This acts as a proxy for total market profit and loss and represents the profit ratio of moved Bitcoin, measured by the difference between the purchase price and the sale price. A SOPR value greater than 1 means that on average people are selling at a profit. If the SOPR value is less than 1, it means that people would sell at a loss.

As Woo analyzes, the value is currently just above 1.0:

It hit the 1.0 line which means we completely reset. To go lower we’d need to have investors sell at a loss. This would need a bear phase (that’s is NOT on the cards with the current setup) […] In the longer time frame (1 week SOPR). Pretty close to a full reset, Elon kind of screwed with it, bounced us early.

The on-chain RSI also points to an end of the consolidation phase. It is in the lower range for this phase of the bull market and is “pretty close to a full reset”. Thus, the market is no longer overheated. 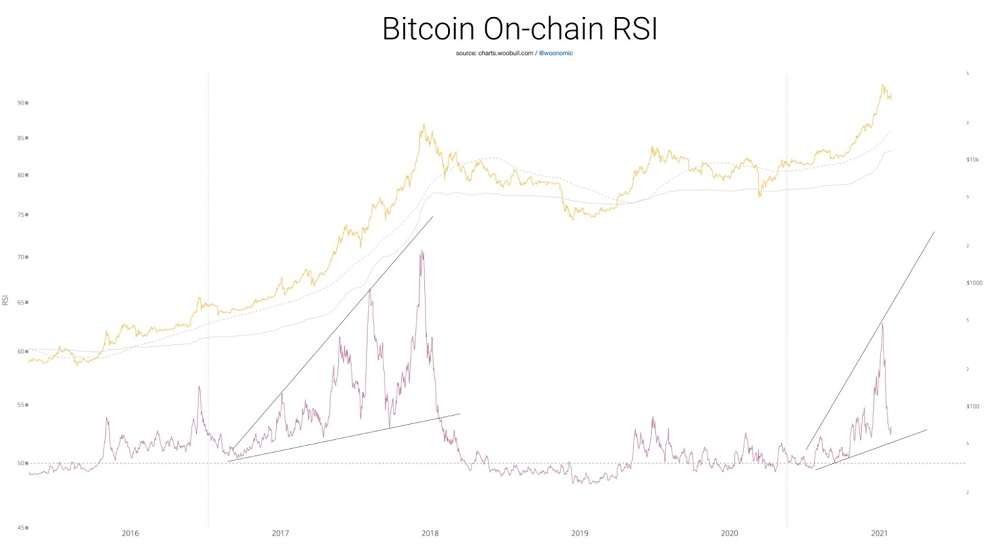 Another indication that the consolidation phase is coming to an end is “the sheer number of new Bitcoin users” being added daily. As Woo found, even during consolidation, the number of new users per day is higher than at any other time in this bull market.

In addition, buyers are extremely strong HOLDers right now. The Bitcoin supply change chart shows that the Bitcoin market is heading for a massive supply shock. BTC moving to RED on the chart clearly shows the trend for HODLing. Woo concludes:

With the current flows of capital coming in, the consolidation floor is expected to be $29k on daily closes (short of a black swan event), upper bound would be $56k (but rising quickly each day).