Bitcoin price suddenly turned up 4%, leading to a series of top altcoins such as Ethereum, Cardano, Polkadot … going up, pushing the market capitalization to exceed $ 1,000 billion. 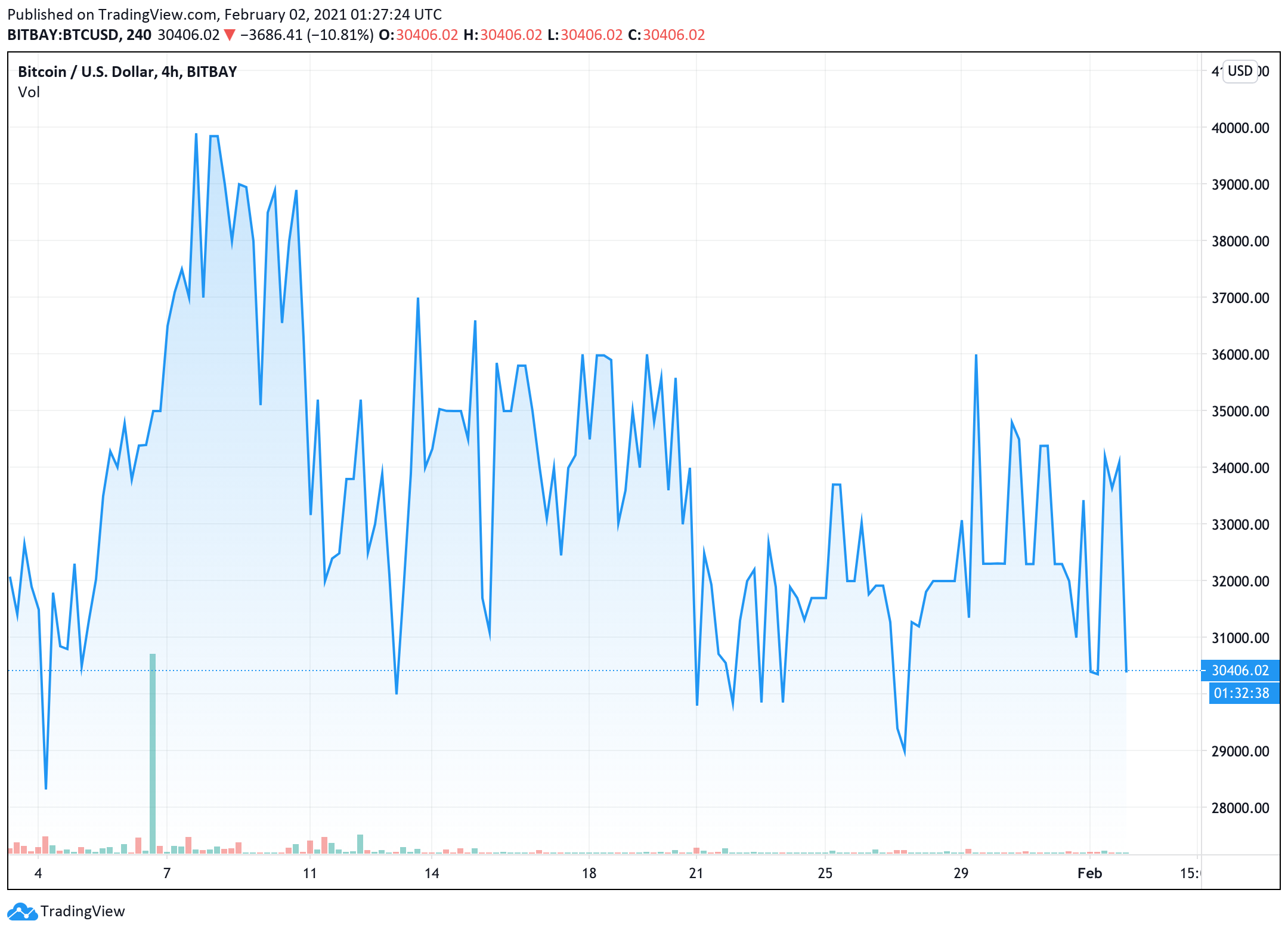 This morning, Bitcoin price fluctuated around $ 33,652, up nearly 4%, equivalent to an increase of $ 512. In the last 24 hours, the most popular and valuable cryptocurrency in the world traded lowest at $ 32,341, and highest. at $ 34,715. According to CoinMarketCap, over the past 24 hours, Bitcoin trading volume reached $ 61 billion, market capitalization reached $ 626 billion.

Bitcoin price has been under pressure in the past few days when a leader of the European Central Bank (ECB) expressed concern about investment choices of consumers, as the cryptocurrency often has large price fluctuations.

Accordingly, in an interview on Bloomberg TV on January 29, Gabriel Makhlouf – Member of the ECB Board of Governors said that Bitcoin investors need to prepare for the possibility of losing all their money.

“Personally, I’m not sure why people invest in those types of assets. But they obviously consider it an asset.”

Back to the market this morning, many altcoins simultaneously raged. Ethereum increased 4.6% to $ 1,362, market cap pushed up $ 156.4 billion.

But the new Binance Coin is the biggest gainer in the top 10 cryptocurrencies in terms of capitalization. Over the past 24 hours, the cryptocurrency increased by 17.5%, hitting $ 51.4. Market cap recorded approximately $ 8 billion.