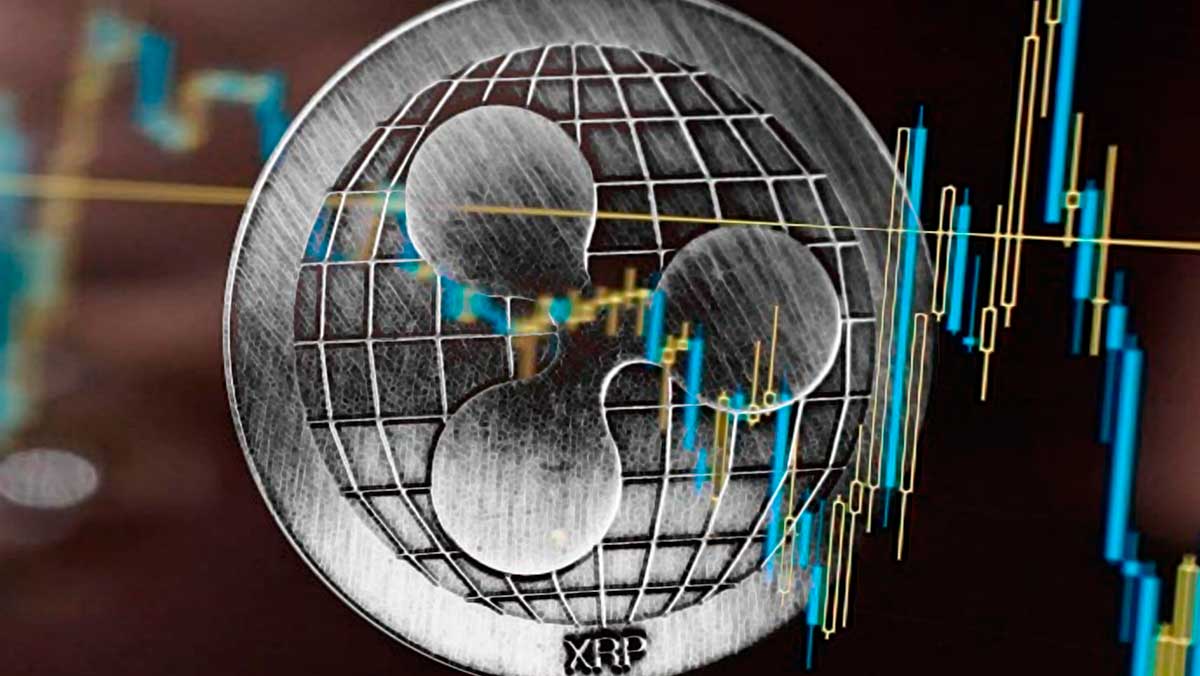 XRP price is making the news again but for all the wrong reasons. The cryptocurrency has received negative enforcement from both the PrimeXBT and Coincheck exchanges.

XRP has had a tumultuous day. The cryptocurrency has seen its activity on Coincheck halted. Coincheck announced the move via Twitter stating that it would be suspending XRP sales. Coincheck explained that the decision was due to the transaction status with Ripple. Fortunately for traders, the announcement was short-lived. The exchange resumed trading ten minutes later.

However, traders on rival exchange Prime XBT weren’t so fortunate, and the suspension wasn’t so short-lived. Prime XBT has finally relented along with several other high-profile exchanges. It will delist XRP pairs by Wednesday, 10 Feb.

Following recent events surrounding #Ripple ($XRP) as well as the delisting of the asset across our multiple liquidity providers, the following trading pairs will be removed on Wednesday, 10th of February, at 15:00 UTC:

According to Santiment, XRP has achieved sizable gains over the past three years. And the reason may be because the Telegram group “Buy & Hold XRP” broke out within a few days.

$XRP enjoyed its largest single-day percentage gain in over 3 years, followed by a plummet that is still in progress. Our latest study looks at the spike that shook #crypto this weekend. We touch on:

The amount of the biggest XRP wallets has been on a simultaneous decline while Ripple surged. 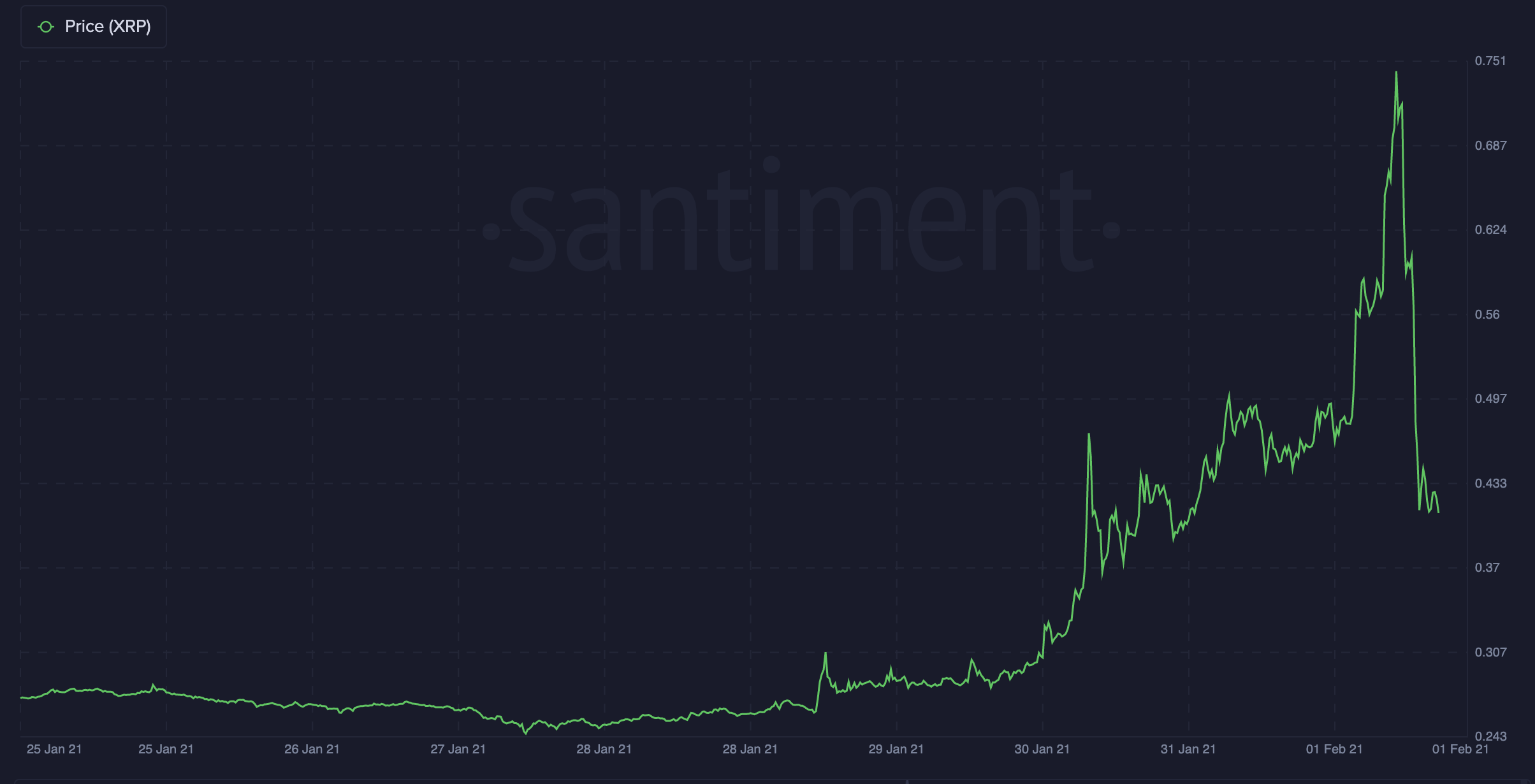 The news comes after XRP had one of the most volatile days in recent memory. The token managed to reclaim the third spot in terms of market capitalization after a 56% price rally from $0.48 up to $0.75. The euphoria of XRP making a massive comeback in one day was short-lived. The token dropped 48% from $0.75 down to $0.39, essentially erasing two days’ worth of gains.

However, the ability to pump and dump a top-five cryptocurrency is rather concerning. This would mean the group could theoretically pump a coin of their choosing in the future. This is highly unlikely.

The recent news surrounding Ripple’s recent response to the SEC charges was one potential reason for the price rise. The firm’s rebuttal to the SEC claims that XRP is not a security. The rebuttal also states that FinCEN approved the sale of XRP in 2015 with no input or warning from the SEC at the time.

The charges had held a negative cloud over the company, and the XRP price dropped dramatically after the initial claim. The price soared 50% following the news of a rebuttal from Ripple. But it appears the news was not the cause of the price rally. Rather it may have been a coordinated pump.

A pump and dump is likely not a good look for Ripple. The price manipulation will only cast more shadows on the project in the future.