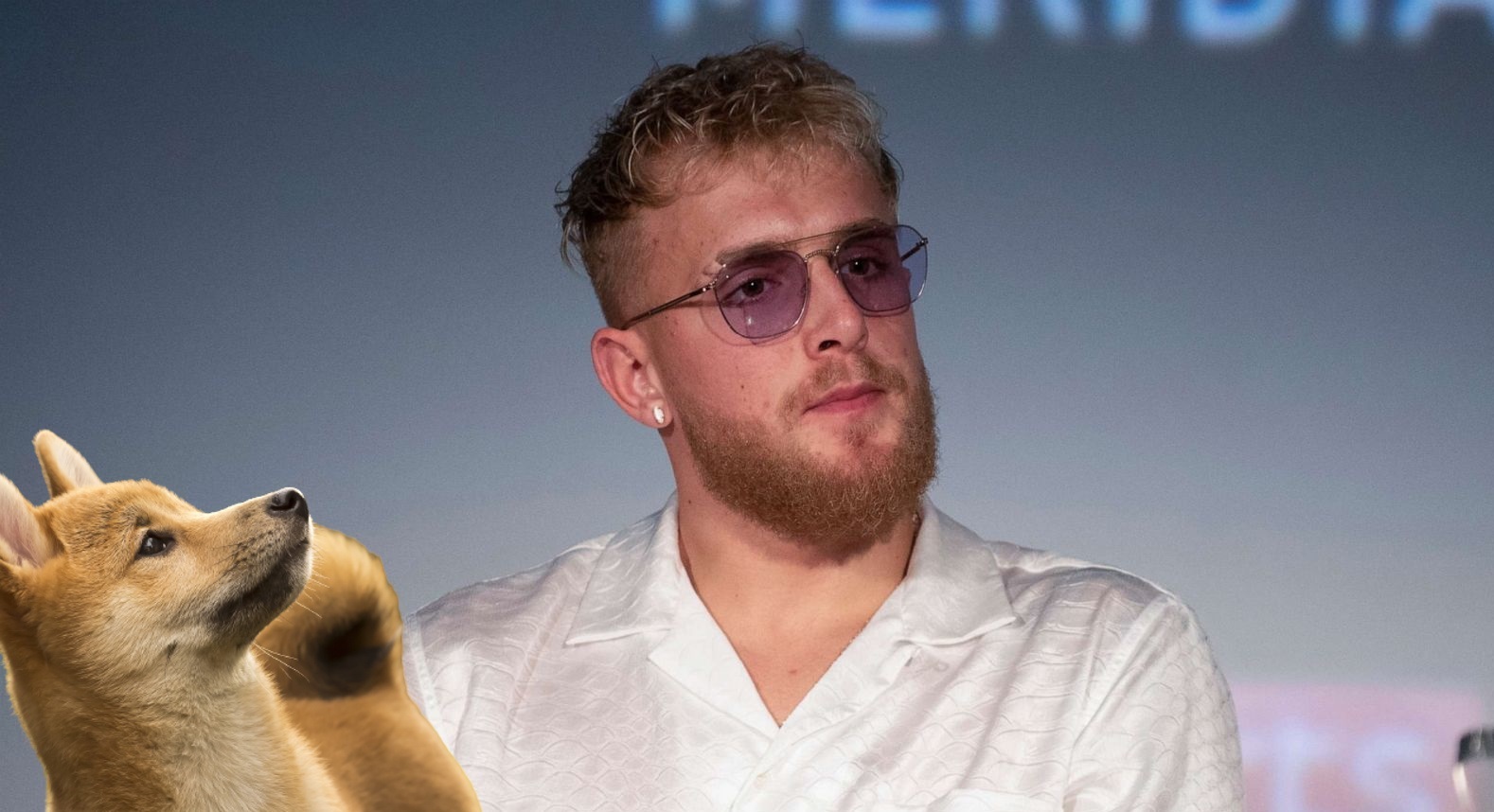 Dogecoin price may have slowed its rapid ascent to new ATH. However, that has not stopped celebrities from endorsing the meme coin, with YouTube star Jake Paul being the latest.

After 8 years of holding

It’s now worth $46,000#Doge is Bitcoin’s younger brother… they have the same potential… it’s still early..

Paul recently posted several tweets related to Dogecoin, claiming the project was is Bitcoin’s younger brother. He continues by stating that Dogecoin has the same potential as Bitcoin and that times are still early.

Paul rose to prominence on the now-defunct social media platform Vine. When that closed, Paul took to YouTube.

The internet personality has become known recently as a professional boxer who taunts other sports personalities into fighting him. Most recently, the internet star has verbally attacked Floyd Mayweather and Conor McGregor. With the Dogecoin endorsement, Paul joins a growing list of celebrities who have commented on Dogecoin.

The list of DogeCoin maximalists continues growing as they follow the steps of Tesla Founder Elon Musk. The tongue-in-cheek CEO of Dogecoin has talked about the crypto several days earlier this month.

Musk has commented frequently since the DOGE community dubbed him the CEO in 2020. Observers noted that some events in the DogeCoin price increase matched his quips.

As AZCoin News reported, Legendary rock star and lead vocalist for the rock band KISS Gene Simmons also jumped onto the Dogecoin bandwagon this year. Simmons, who has lost faith in the US Dollar, recently made his foray into the cryptocurrency space. He admitted to buying Dogecoin, among others. By doing so, though, the 71-year-old proves that it’s never too late to get into cryptocurrency trading.

Not recommending any of these to anyone. But yes, I also bought Dogecoin, XRP and others. Make of it what you will.

Dogecoin has seen the dramatic price and sentiment growth over the past month. The platform gained widespread fame as one of the favorite mainstream projects of the recent Wallstreet Bets Reddit revolution. Following them, retail investors have been plowing into Dogecoin and waiting for the opportunity to cash out huge gains. 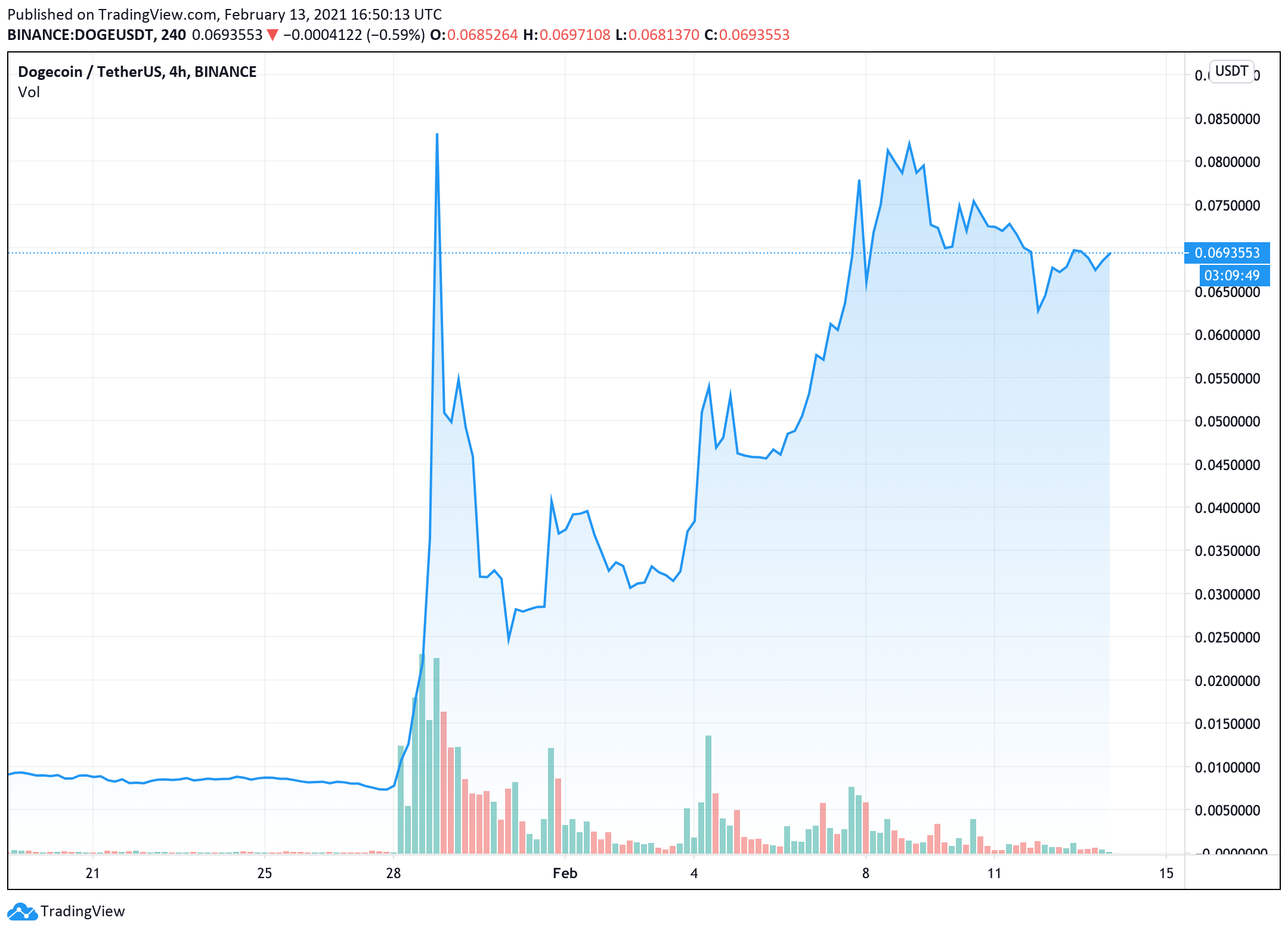 Even ex-pornographic actress and media personality Mia Khalifa has previously endorsed Dogecoin. The recent increase in millennials hyping up Dogecoin is likely to create more buzz around the project. These young investors could provide the attention that gives another chance for Dogecoin to break its previous high.

My 4 days experience in finance is telling me to go all in on $DOGE. https://t.co/rIL0Me2AZu

Celebrities are commenting on Dogecoin hitting at least $1 in the future. For Dogecoin to achieve that, though, it would likely surpass Bitcoin’s market cap in the process. And that’s something that looks unlikely to ever happen.