Polkadot’s DOT remained strong above the $25.00 support zone against the US Dollar. It is now trading nicely above $28.00 and it may soon surpass the $30.00 resistance zone.

However, downsides were limited and there was no close below the $25.00 support. The price recovered nicely and it settled above the $27.00 level. There was a strong increase above the 50% Fib retracement level of the downside correction from the $30.25 high to $23.38 low.

There was also a break above a major bearish trend line with resistance near $27.50 on the 4-hours chart of the DOT/USD pair. The pair is now trading nicely above the $28.00 support and he 100 simple moving average (4-hours). 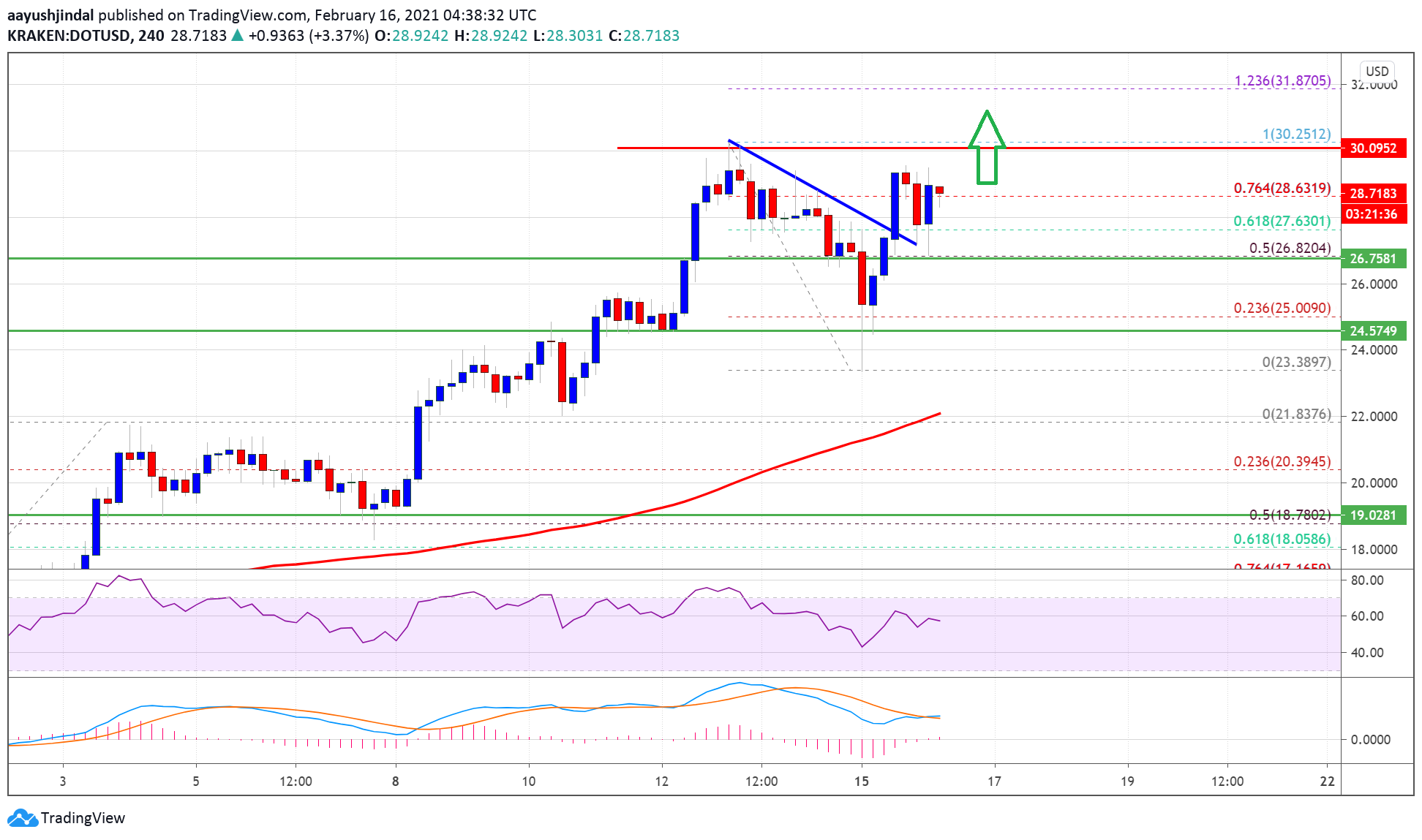 It is also trading above the 76.4% Fib retracement level of the downside correction from the $30.25 high to $23.38 low. Therefore, there are high chances of more upsides above the $29.00 level. The bulls are likely to aim a fresh break above the $30.00 resistance in the near term.

The next major support is near the $27.50 level and the broken trend line. Any more losses may perhaps open the doors for a move towards the $26.50 support zone in the coming sessions. The main support is still near the $25.00 level.

4-Hours MACD – The MACD for DOT/USD is gaining momentum in the bullish zone.

4-Hours RSI (Relative Strength Index) – The RSI for DOT/USD is still above the 50 level.