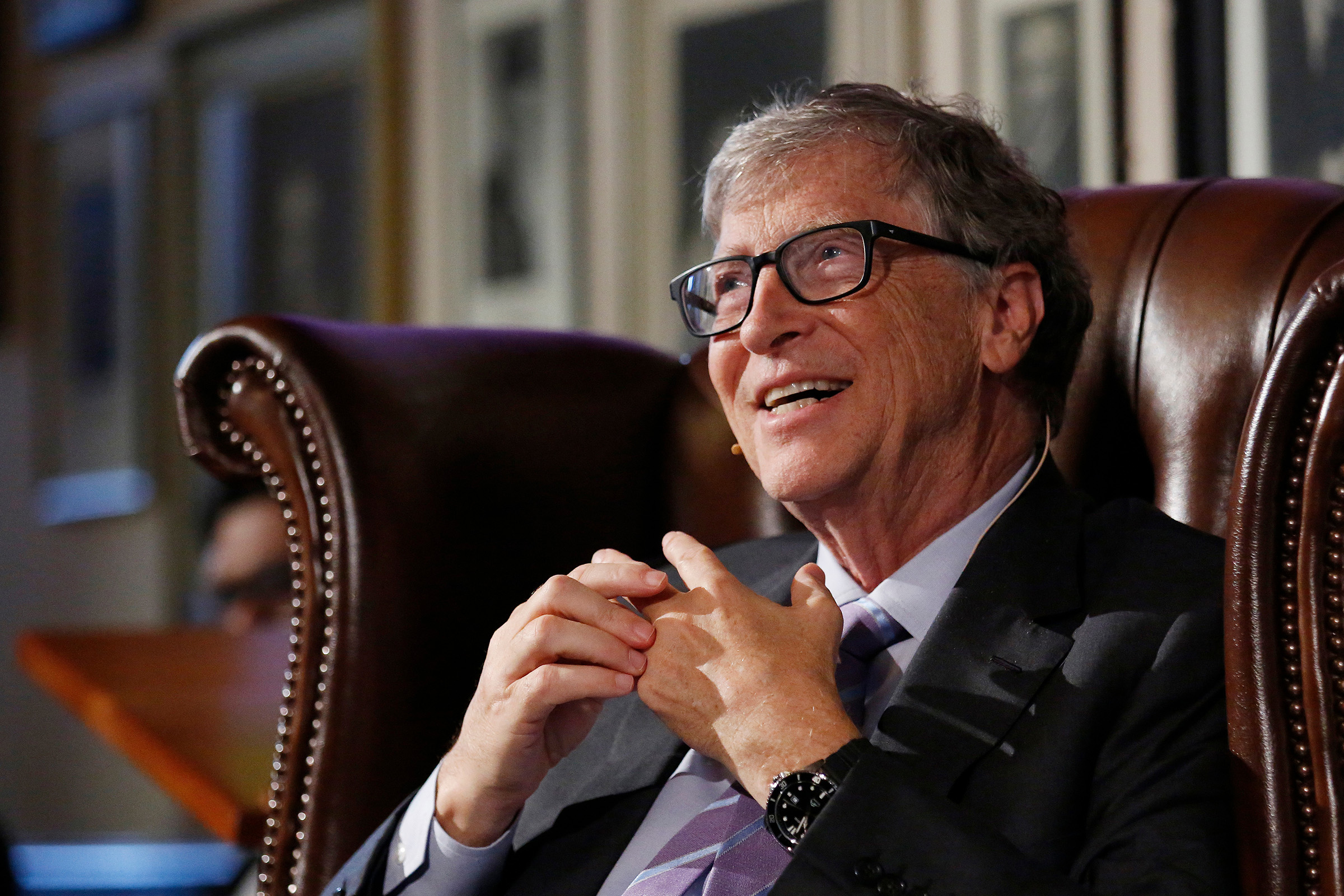 Newly appointed Hawking Fellow, Bill Gates KBE, co-chair of the Bill & Melinda Gates Foundation, speaks after receiving the Professor Hawking Fellowship 2019 at the Cambridge Union, Cambridge, Monday October 7, 2019. The Professor Hawking Fellowship was founded by the Cambridge Union Society in 2017 and named in honour of Professor Stephen Hawking. The Fellowship is awarded to an individual who is distinguished in the fields of science, technology, engineering and mathematics (STEM) and who has made a historic and/or significant contribution to social discourse in the STEM fields. Photograph : Luke MacGregor
Share on Facebook Share on Twitter

Bitcoin is too speculative and anonymous for Bill Gates’s liking.

According to Microsoft co-founder Bill Gates, you shouldn’t touch Bitcoin if you are not as rich and “sophisticated” as Tesla CEO Elon Musk:

The fourth-richest person in the world took this elitist stance during his interview with Bloomberg:

Elon has tons of money, and he’s very sophisticated. I don’t worry that his Bitcoin will sort of randomly go up or down[…] My general thought would be…if you have less money than Elon, you should probably watch out.

Gates is worried about people with not too much money to spare “getting bought into these manias.”

As reported by U.Today, the billionaire philanthropist recently mentioned that he was “neutral” on Bitcoin after claiming that he would short in the past. In his most recent interview, Gates explains that he’s not bullish on Bitcoin because it requires too much energy and promotes anonymous irreversible transactions:

Yet, he claims that digital money is a good thing if it can be traced:

The Gates Foundation does a lot in terms of digital currency, but those are things were you can see who’s making transactions. So, digital money is a good thing.

Gates expects digital money to get even to the poorest countries.