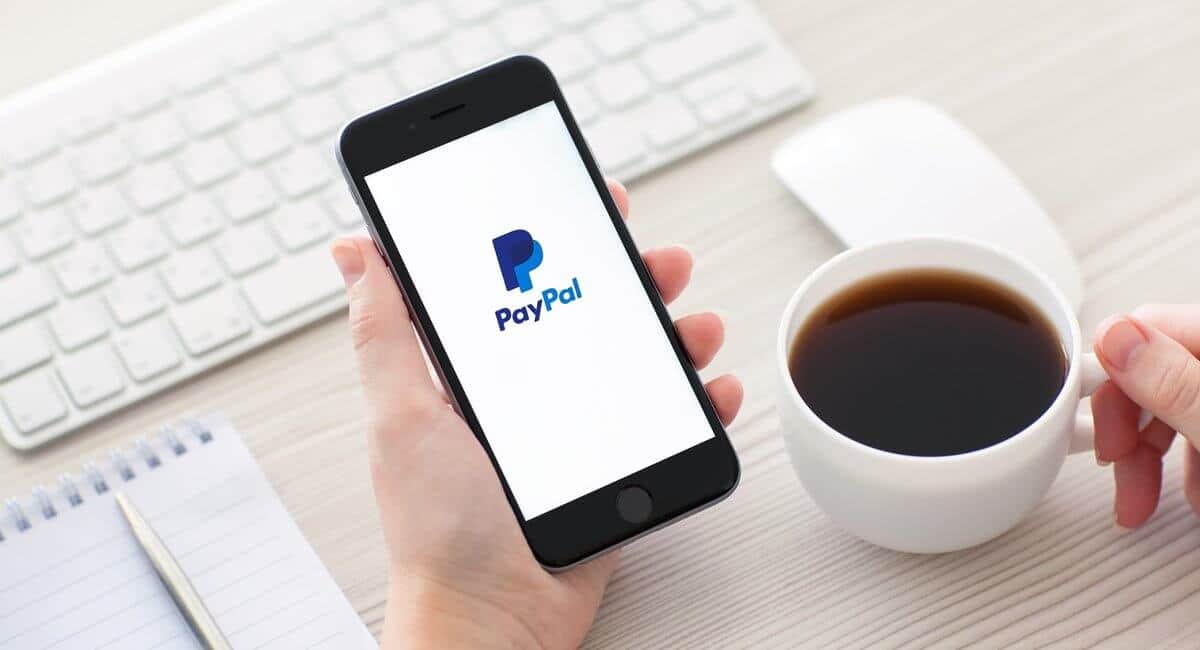 Bitcoin has come a long way since its inception. The narrative surrounding the flagship has shifted from being a “Wild Wild West” currency to a store of value as a hedge against inflation and more recently uncertainty around the US dollar’s purchasing power in the years to come.

Its story, as an asset class, is still being crafted but it is important to acknowledge the many milestones it has achieved in recent times. 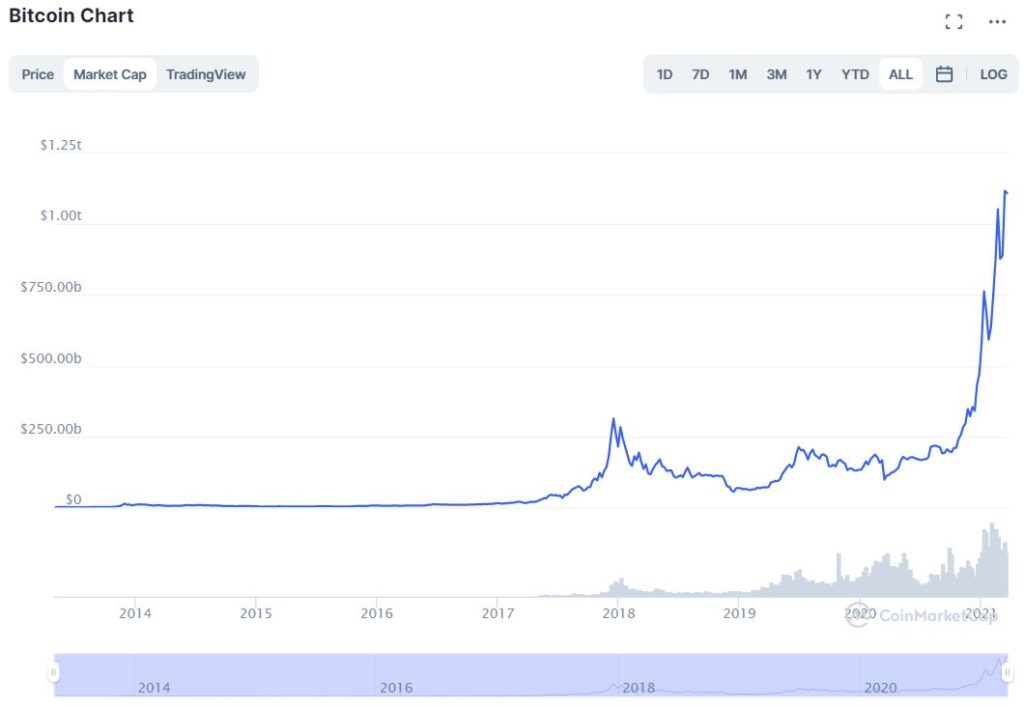 The latest feather to Bitcoin’s cap was that it is now worth more than the valuation of the world’s three largest payment services, put together!

Bitcoin’s market cap was at a whopping $1.11 trillion, at the time of writing. Visa, PayPal, and MasterCard’s market caps, on the other hand, were found to be at around $442 billion, $282 billion, and $354 billion respectively. The total market cap of the trio stood at approximately $1.08 trillion which is some $3 billion lesser than the cryptocurrency.

In fact, Bitcoin’s valuation has surpassed the combined market cap of the three world’s largest banks – Bank of America, JPMorgan, and The Industrial and Commercial Bank of China. The figure for this trio was found to be near $1.08 trillion.

The popularity of the crypto-asset among investors has been significant in the fast-paced world of cryptocurrency. So much so that Bitcoin’s network value rose from the ashes to over $1 trillion in network value almost 4 times faster than the American multinational technology company, Microsoft.

As Bitcoin surged from bearish price action to over $60,000, it went on to become the best-performing asset of the past decade. This was revealed by Charlie Bilello, who happens to be the founder and CEO of Compound Capital Advisor.

Bitcoin Crowned As The Best Performing Asset Of Last Decade 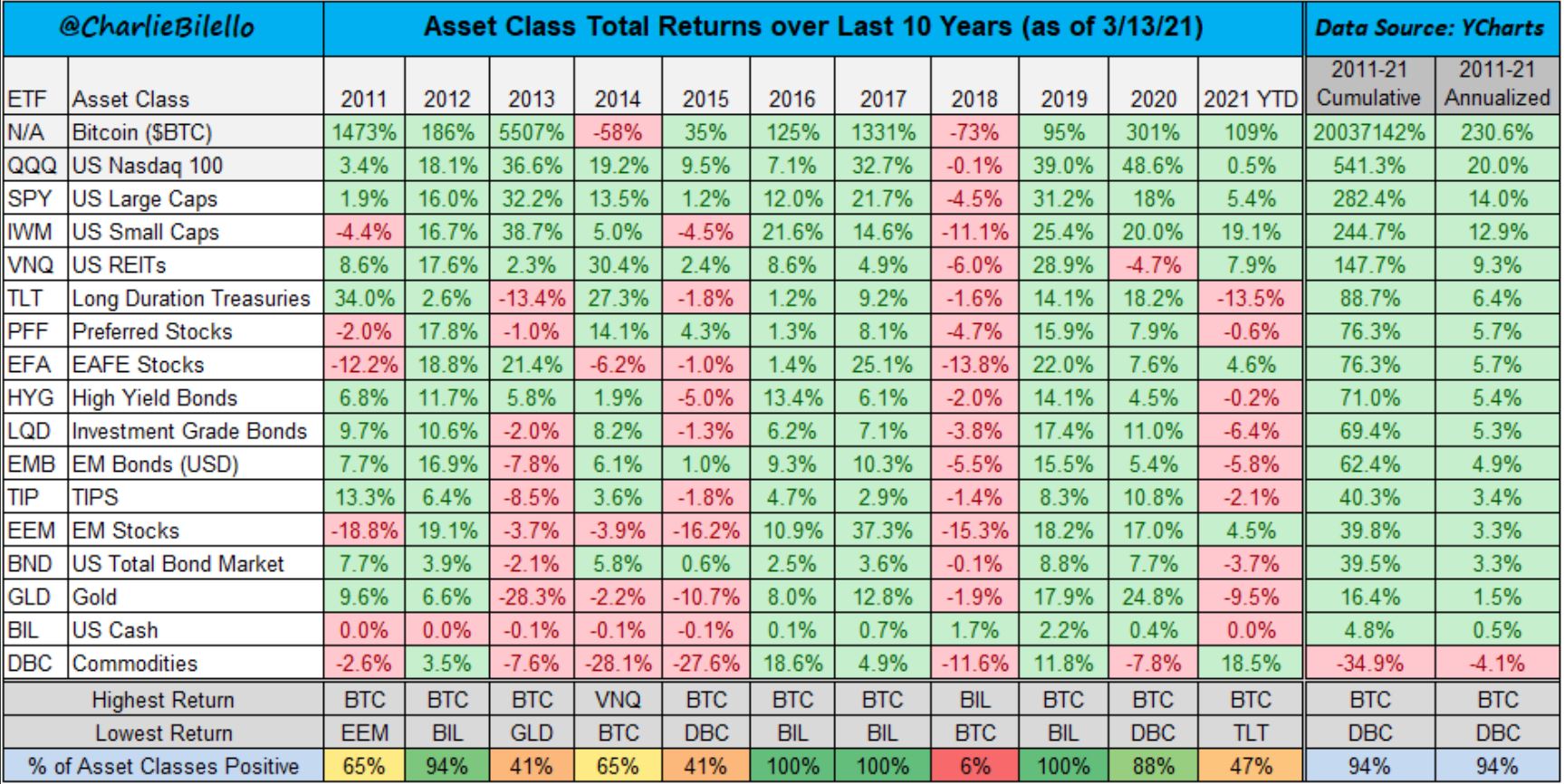 According to his recently published data, Bitcoin has generated an average annualized return of more than 230% in the last decade. The crypto-asset’s annualized returns have outpaced all other asset classes by a significant margin. It was is now up more than 100% since the beginning of 2021 alone.

In its lifetime, Bitcoin has experienced annualized losses just twice with losses of 58% and 73% in 2014, and 2018 respectively.

Meanwhile, following its trail was the Nasdaq 100 Index, which was in the second spot, amassing an annualized return of just 20%. Next in line was the US large caps [shares in US-based firms with a market cap of more than $10 billion] with an average annual performance of 14%. US small-cap stocks stood in the fourth position with 12.9%.

Gold, on the other hand, found itself near the bottom of the chart with an annualized return of a meager 1.5% only.