Based on the precedents of January and February expirations, Bitcoin price will be volatile on Friday even if the bullish traders hold control according to current options data. The volatility could be the catalyst to shake BTC from the descending triangle.

During the seven days before the January 29 options expiry, BTC traded in a $4,000 price range on average or below-average volume before it jumped almost 14% in the first twelve hours of trading, followed by a drop of 10% in the second half of the day.

In the run-up to the February 26 options expiry date, BTC traded in a narrow price range before it dropped by 9% in the first twelve hours of trading, followed by a further decline of 6.5% in the second half of the day.

Since March 15, Bitcoin price has remained in a $6,000 price range, stalling near $60,000 and finding support at the 50 twelve-hour simple moving average (SMA). The lack of aggressive trading may signify to traders not to take Friday off and be prepared for 24-hours of price volatility. 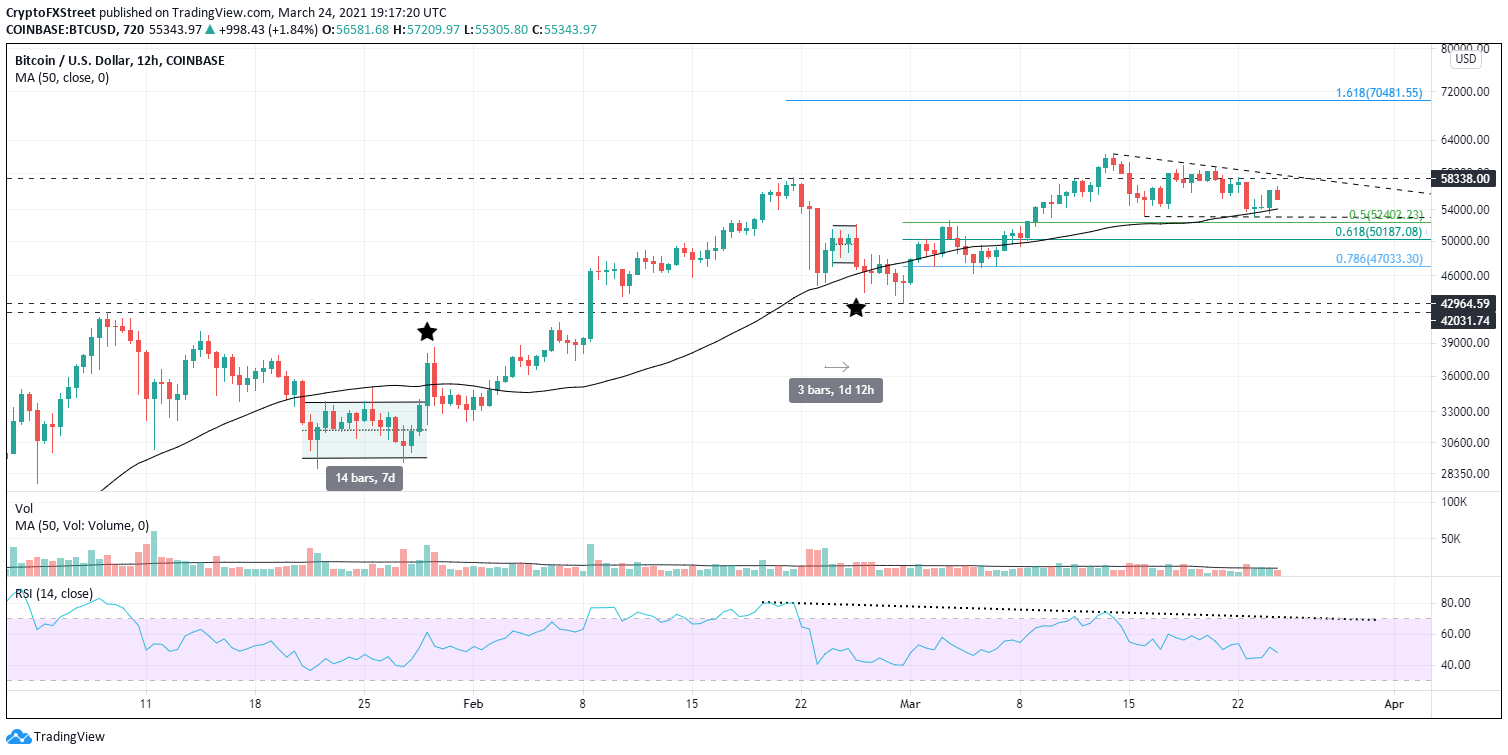 A jump in volatility to the upside will find immediate resistance at the February high’s confluence with the declining trendline of the descending triangle around $58,500. A daily close above the all-time high at $61,788 will release  BTC for an aggressive rally to the 161.8% Fibonacci extension at $70,500.