With its recent whopping price spike, the net supply of Ethereum price is more valuable than the capitalization of top companies

ETH has had a similar price movement to Bitcoin in recent months. Major altcoins also work in harmony with Bitcoin. However, the correlation between Bitcoin and ETH shows that ETH’s price action follows Bitcoin’s price action.

Bitcoin recently broke through the $ 60,000 resistance level, up almost 7% in the process. ETH was up around 7% on Saturday as well, reaching $ 2,200. ETH has also been driven by recent news that one of the largest multinational financial services companies in the world is using the network. Visa has begun setting up transactions on its own network through ETH-backed USDC. The news caused the price of ETH to soar as global usage started to become apparent.

According to the analytical services that track the capitalization of global companies, commodities, cryptocurrencies, and ETFs, Ethereum (ETH) entered the top 40 assets by market capitalization. 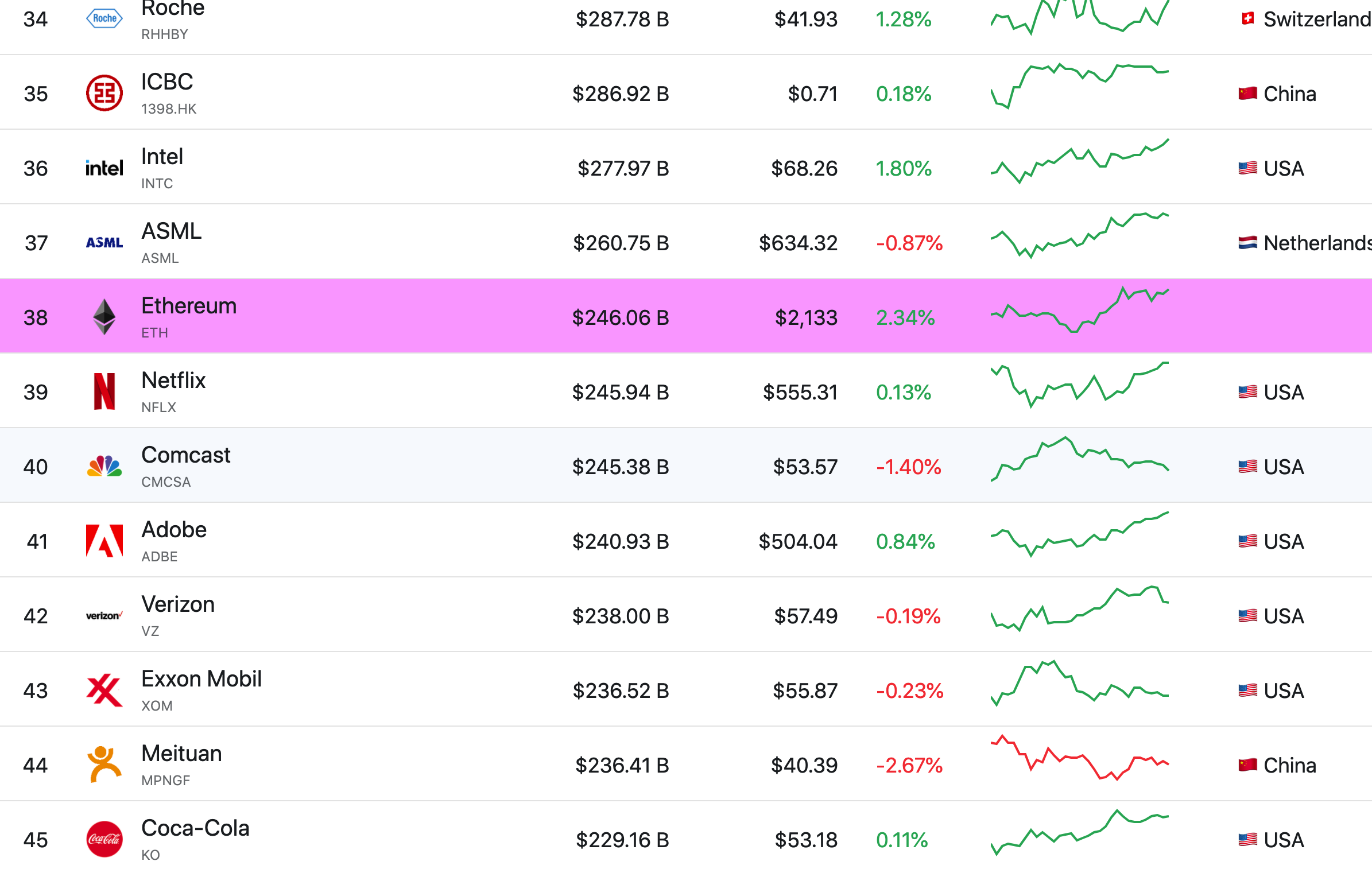 The world’s most valued company is Apple with $ 2.23 trillion in market capitalization followed by Microsoft ($ 1.93T in market cap).

ETH will most likely increase in price even further as the market continues to see the bullish sentiment. The total market cap hit a new high of $ 2 trillion, while cryptocurrencies’ prices are also very bullish.

Traders continue to consider this altcoin’s potential to perform similarly to 2017 when the price hit new market highs.