At the start of the video, Rastani recalls his prediction on 6th January 2021 that as long as XRP remains above 0.17 support, the coin will continue to rally high and a cautiously bullish view can be kept.

Since then, XRP has managed to recover from its panic lows and rally above the 2020 resistance highs. Recently XRP hit just above the $1 level.

“What drives price action, what drives a market is not the news, it’s not all that fundamentals, but it’s technicals, it’s sentiment or emotion”, the trader says. 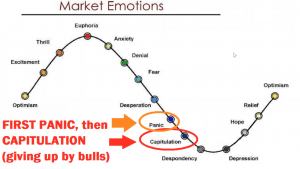 The crypto KOL then analyses XRP future price action based on the wave count of Elliott wave theory.

“I think very likely on the balance of probabilities because now the XRP chart went above the level that I mentioned to you back in January, because we’re above the trend line, then very likely we are now in the wave three-the larger wave three now”. 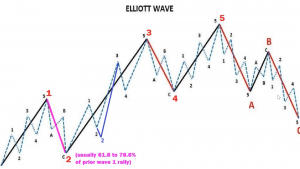 He further explains that as XRP has experienced wave 1 and wave 2 retracement, according to Elliot wave theory, the price is moving almost halfway up to wave 3 (the smaller wave 1 of the larger wave 3).

“If we are in wave 1 of a larger wave 3 that means wave 2 is coming. I think a wave 2 correction is likely in the next few months and here’s something you should know that wave 2’s correction when it comes, it could be quite deep so it’s worth remembering”.

And importantly, once a wave 2 correction occurs, according to Rastani, it could test 61.8% retract of the previous wave 1 rally.

In addition, the trader predicts that wave 2 correction would be quite deep at 0.58 or deep at 0.42 or potentially 0.38 but must NOT fall below 0.36. If XRP falls below 0.36, the odds of a bullish trend could be reduced.

“Once it completes its wave 2 correction in this zone, then I think we could see that next major wave three higher for the end of this year”.