Chainlink has released a whitepaper outlining its plan to create the next generation of decentralized oracle networks.

In the past few years, Chainlink emerged as the industry-standard data source for the DeFi industry, connecting blockchains to external resources, including price data.

The DeFi industry currently sits at almost $60 billion in total value locked (TVL). The co-founder and CEO of Chainlink, Sergey Nazarov, believes that the industry could reach a whopping $500 billion in TVL this year. The Ethereum-based network has been widely used as a decentralized oracle solution in sectors including NFTs as well.

The new whitepaper published by Chainlink highlights the evolution of hybrid smart contracts, which combines blockchain smart contract capabilities with off-chain world’s proof and data and computations. According to Nazarov, this step is a “big leap forward, because it redefines what people can build.” He stated:

The blockchain industry is yet to evolve into being about many more things other than Bitcoin and tokens. With Chainlink 2.0, hybrid smart contracts will also lead to the concept of Decentralized Oracle Networks (DON), which will support an unlimited number of functions.

We’re evolving from simpler oracle networks into more advanced Oracle networks called DONs, and then a large collection of DONs will form a MetaLayer.

The MetaLayer enables an abundance of off-chain resources, including higher-frequency updates for price feeds and security for NFTs. Users will be able to get identity data into their smart contracts, allowing them to build smart contracts in accordance with regulations, enabling enterprise adoption.

The oracle-based blockchain company aims to increase services and users and even introduced “super-linear staking” for creating better crypto-economic security.

Chainlink’s LINK token has broken into the top ten cryptocurrencies by market capitalization in the past three years. With recent competition among the top altcoins, Chainlink has fallen to the eleventh largest crypto by market cap.

Despite dropping out of the top ten, Chainlink price has managed to climb to a record high in the past 24 hours, reaching $44.15. Behavioral analytics firm Santiment revealed data that shows that more retail investors are holding LINK, as the total amount of tokens held by whales dropped to 64.3% from 68.7% six months ago. 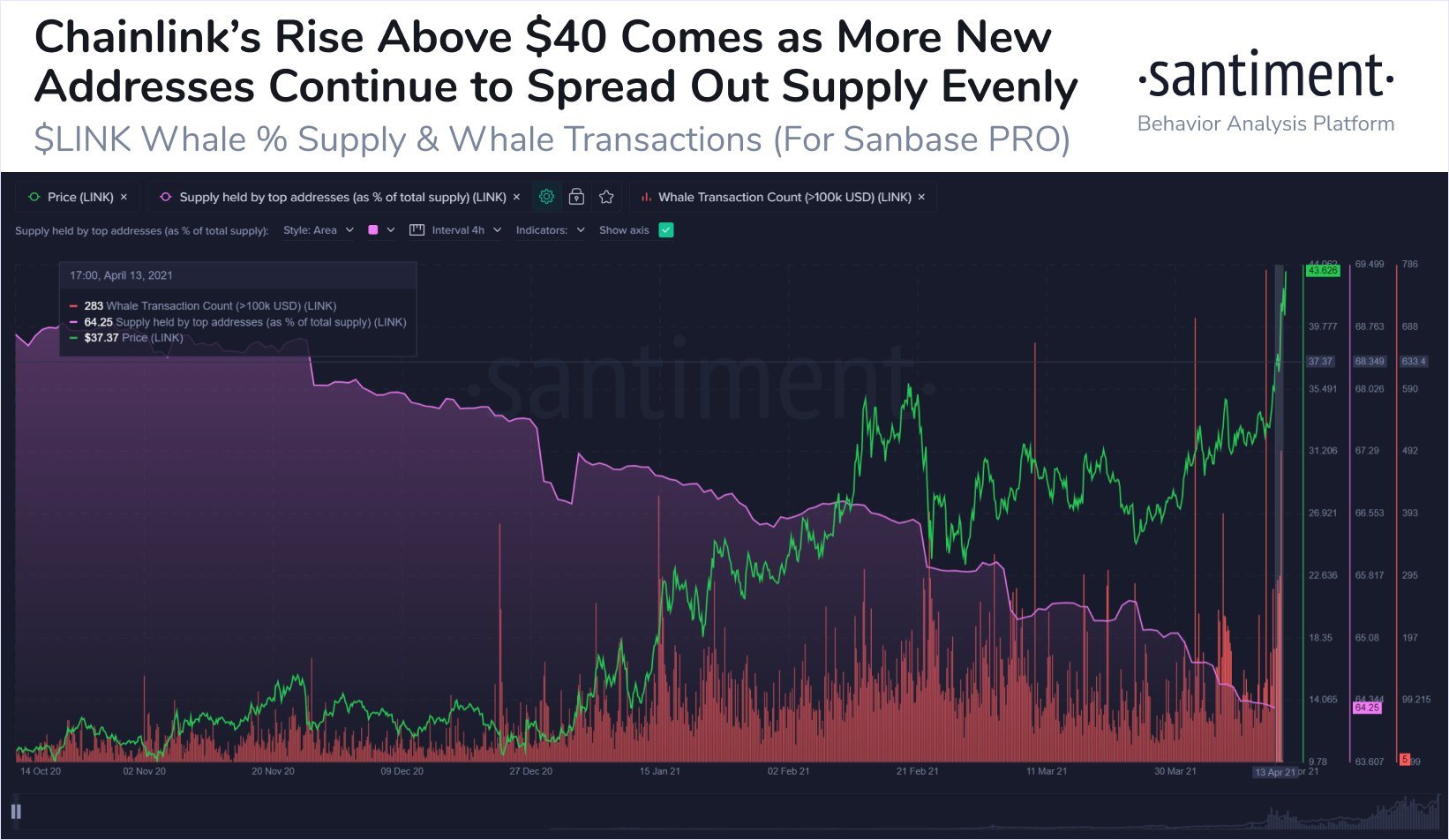