XRP price has been a wild ride in April, beginning with a rally of nearly 250%, followed by a 50% crash, and now a 60% rebound. Chart technicals have been tossed around like a salad, but Ripple now appears to calmly consolidate the price compression, upgrading the long-term bullish outlook.

An IPO would be a big boost to SBI Groups’ financial fortunes, considering they are the largest outside shareholder of Ripple. Kitao predicted such an IPO would trigger interest in other SBI Group investments, such as blockchain consortium R3, to go public in the future.

For now, under the stress of the SEC case, Ripple executives are focused on securing legal victories and increasing the adoption of the cross-border remittances token outside of the United States.

Last week, Ripple closed down 26.41% for the largest weekly loss since the SEC case was first made public. The overall loss from the April high was 55%.

XRP price responded impressively with a 30% gain on April 26, shattered the declining trend line from the April high, and achieved a 60% in five days. Over the last two days, Ripple has shifted into a process of consolidation that slowly reveals an inverse head-and-shoulders pattern. 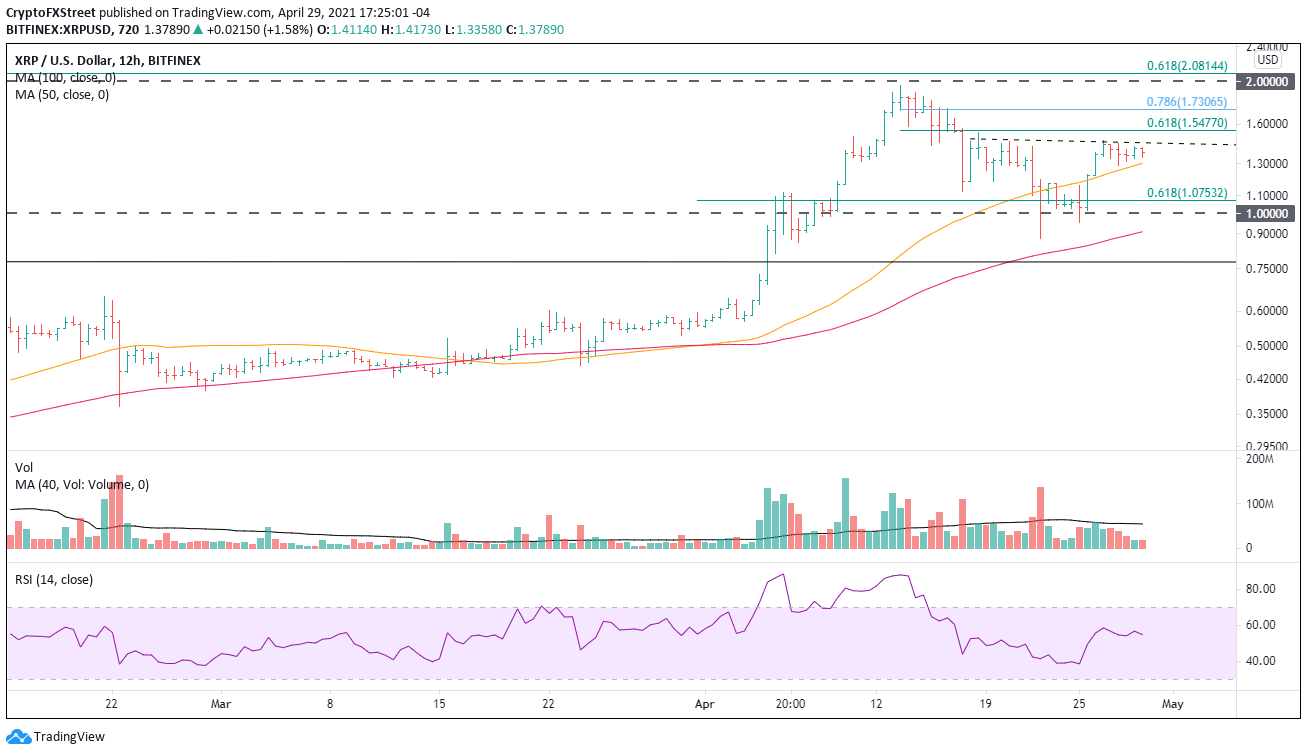 The bullish outlook could be complicated by a restart of the collective decline in the cryptocurrency complex or a negative development in the SEC lawsuit. Some support will manifest around the 50 twelve-hour moving average at $1.30, but the legitimate support does not arrive until $1.00.

An incremental rally underpins the bullish outlook, but there is no room for underestimating the volatility of Ripple. Staging entries with discipline and elevating risk management to the forefront is the right investment program for the digital token.