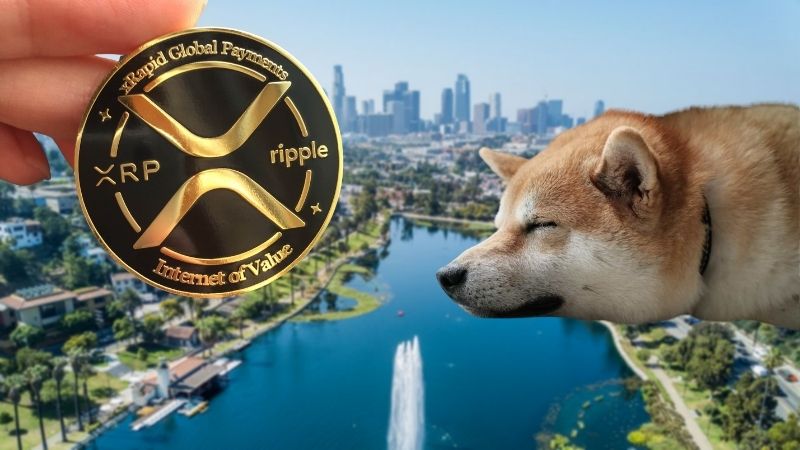 The top 100 altcoins showing massive gain indicating that the cryptocurrency market is in “Altseason.” Ether, ADA, Doge, and Ethereum Classic have all surpassed their previous highs. Several large-cap tokens hit multi-year highs this week, but Bitcoin’s price has struggled to hold on to any of the week’s news-driven increases.

The recent surge in altcoins has caused Bitcoin’s market share to dwindle in recent weeks. Analysts believe this is yet another sign that the Altcoin season has arrived.

Alex Saunders, a cryptocurrency researcher, is keeping an eye on Dogecoin (DOGE) and XRP Price, predicting that both will make significant changes in the near future. The analyst who predicted Bitcoin’s drop from $58,000 to under $45,000 in February has sent an alert to all DOGE holders.

In an interview with Ticker News, Saunders discusses how Elon Musk’s hosting of the famous US sketch show Saturday Night Live would affect Dogecoin’s price.

He says that Elon Musk is one of the people who has often tweeted about Dogecoin. He’ll be on Saturday Night Live, which is a huge show in America, and there’s been a lot of rumours that he’ll talk about Dogecoin, and there’s even a joke going around that says,

“Dogecoin To A Dollar.”

He continued to say that it all started when Dogecoin was a couple of cents, and now it has reached $0.60 something or $0.70, which is amazing. It’s currently encased in a bubble. It will pop, but I wouldn’t be shocked if it’s a sell-the-news thing, so we could hit a dollar, but he believes it will pop before Saturday Night Live, which everyone is anticipating and hyping.

Although Saunders believes Dogecoin will fall in value, he believes the asset has gained some credibility in the media as a result of Shark Tank star and Mavericks owner Mark Cuban embracing DOGE payments at his team’s events and online shop.

Despite the fact that DOGE is still regarded as a joke by crypto enthusiasts, Saunders believes that he is mistaken and that it will have some staying power in society.

When it comes to how the Dogecoin craze could affect other common crypto assets, Saunders believes that XRP is due for a huge surge due to retail-led trading.

And Still 100% To Go To Previous ATH..‘The Same Retail Money That’s Chasing DOGE Will Soon Chase XRP. It’s That 1 Time Every 4 Years I Believe XRP Has A Good Chance To Pump The Hardest.’”