Litecoin price has been a consistent winner since September 2020, traveling in an ascending channel. The upside is likely limited in the short-term due to the extended price condition and the omnipresence of the all-time high providing durable resistance.

Litecoin price recorded a 73% gain at yesterday’s high over the previous fourteen days, scoring the best return since December 2020 and second-best since 2018. Furthermore, last week’s gain of 44.30% was the largest since April 2019.

The notable gain firmly placed LTC in the top-10 cryptocurrencies by market capitalization and lifted its percentage of the crypto market to over 1% for the first time since early 2021.

The weekly Relative Strength Index (RSI) shows a bearish momentum divergence and the daily RSI tagged levels that have coincided with at least short-term highs in the past, signaling an overbought condition.

Currently, Litecoin price could be on pace to close with a bearish engulfing day if losses continue, marking a negative turning point for the peer-to-peer cryptocurrency, particularly when it occurs in the shadow of the all-time high.

An extreme overbought condition and a potentially bearish daily bar on the charts has Litecoin price in the initial stages of at least a minor correction. The beginning support is the mid-line of the ascending channel at $297.50, followed by the 50-day simple moving average at $251.45.

A rush in selling pressure due to profit-taking or a general break in the cryptocurrency complex could knock Litecoin price down to the lower trend line of the ascending channel at $201.00. 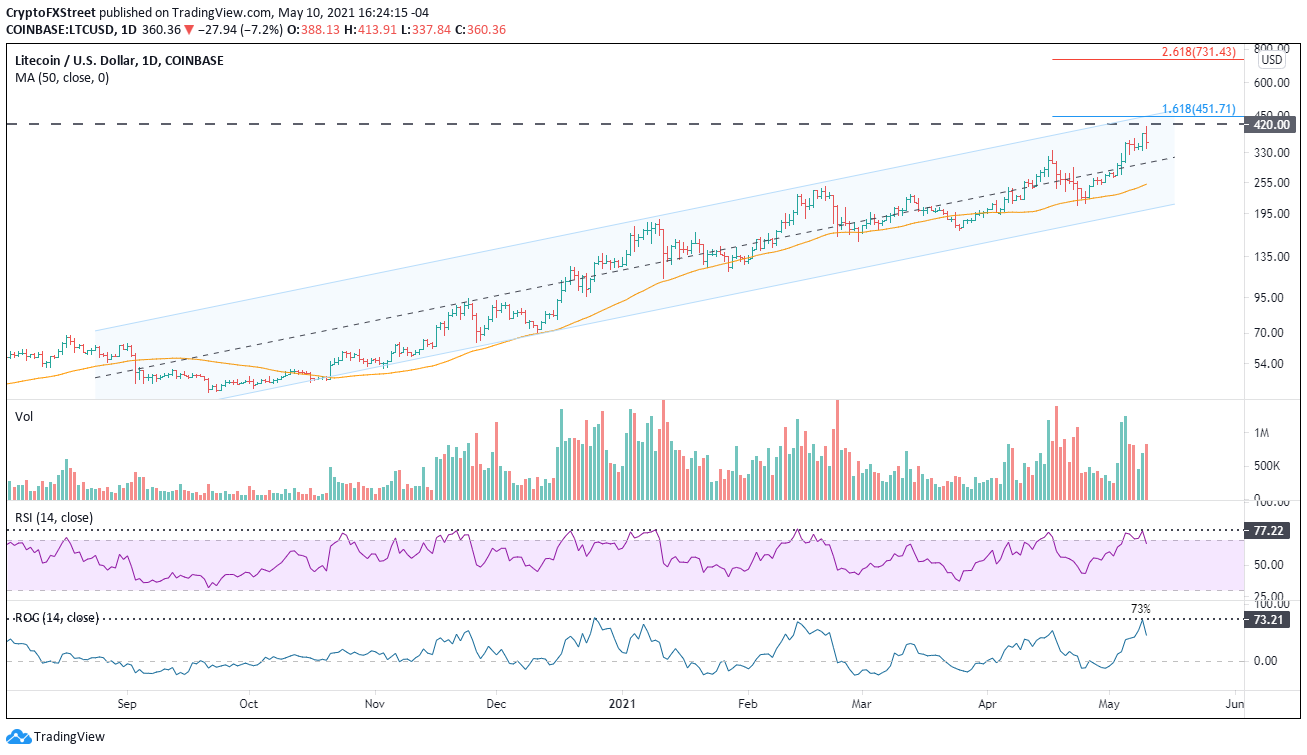 Litecoin price could extend the gain, but the upside should be limited. Of note is the resistance framed by the channel’s upper trend line and the 161.8% Fibonacci extension of the April correction at $451.00.

The notable price performance for LTC has also been on a relative basis. It has climbed above 1% of the total cryptocurrency market capitalization and broken a generous downtrend originating in 2019. In fact, the 7-day spike of almost 30% in the dominance index as of yesterday was the largest since late 2017.

The bottoming process definition suggests that Litecoin price will correct against the broader cryptocurrency complex. 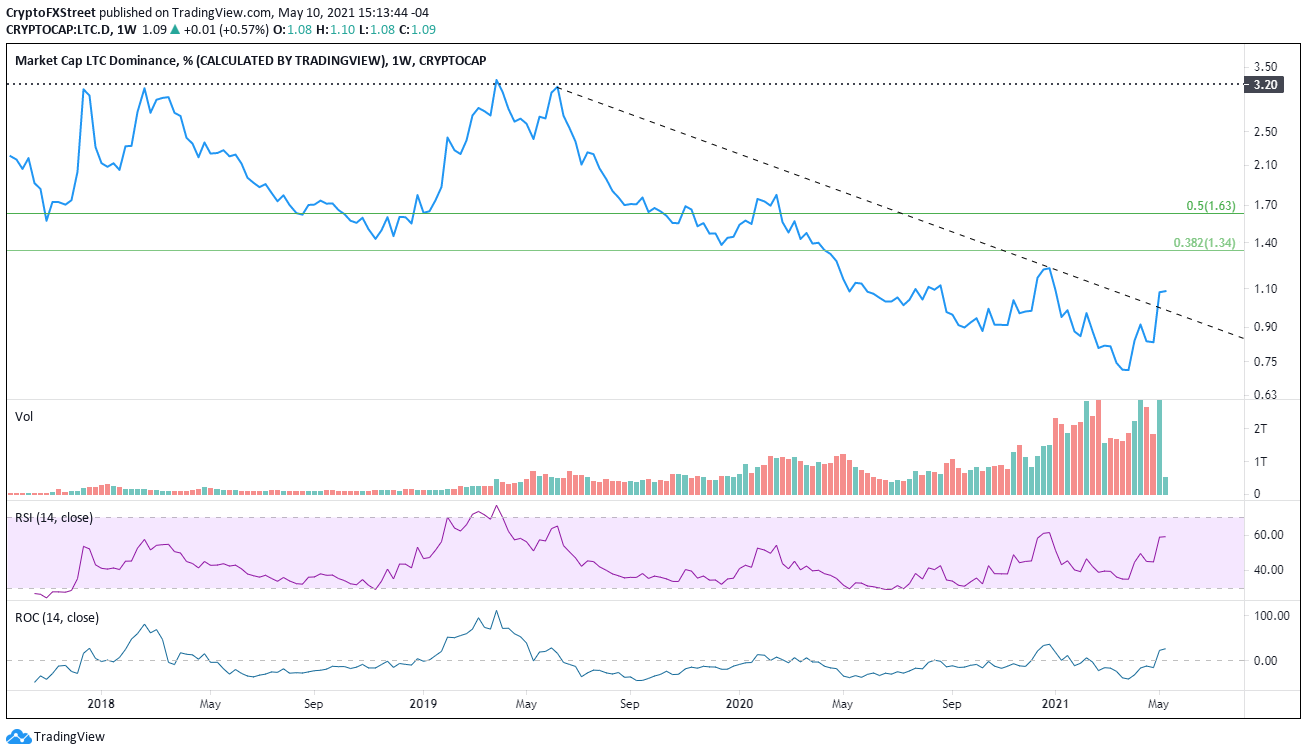 Metrics are converging on an absolute and relative basis that points to a Litecoin price correction moving forward.