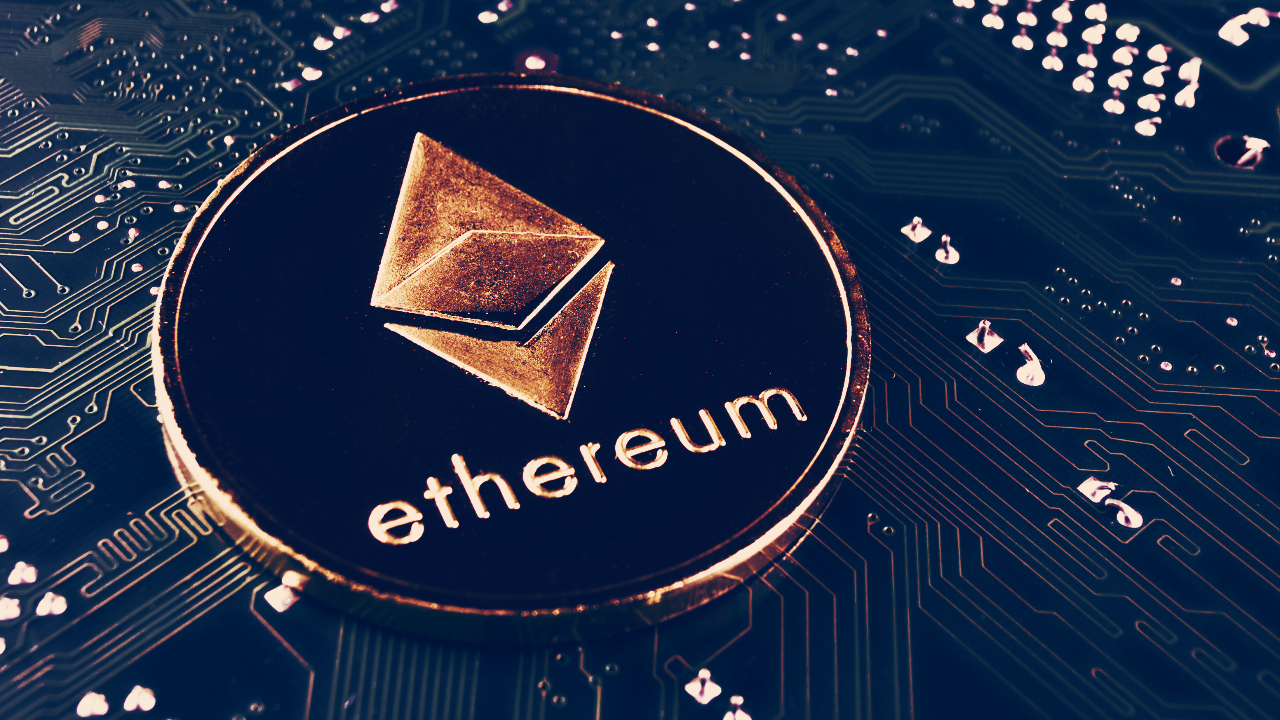 According to analysis from on-chain analytics provider Glassnode, the sum of Ethereum on exchanges has fallen to its lowest level for almost two years.

Glassnode estimates that just 13.3 million Ether is currently held on centralized exchanges, the lowest it has been since June 2019. As such, centralized platforms hold roughly $52.4 billion worth of ETH or 11.5% of Ethereum’s entire supply.

The number of Ether on centralized exchanges has fallen 30% in 9 months since peaking at 19 million ETH during September 2020.

A low balance of ETH on exchanges is typically understood to be bullish for the markets as it drives a reduction in supply relative to demand on popular trading platforms. Dwindling exchange balances suggest long-term investors are moving their assets into secure storage or locking their funds up to earn yields through decentralized finance protocols or staking.

In its Monday “Week on Chain” report, the data provider also noted that there has been some reduction in exposure to Bitcoin in favour of Ethereum.

Glassnode correlated the spending behavior of reasonably old Bitcoin unspent transaction outputs of between 6 months and 3 years, finding evidence that long-term investors could have been recently flipping into ETH:

“Whilst this is only an empirical observation (correlation <> causation), the distinct increase in these older BTC being spent back into circulation after a prolonged period of holding makes a compelling case.” 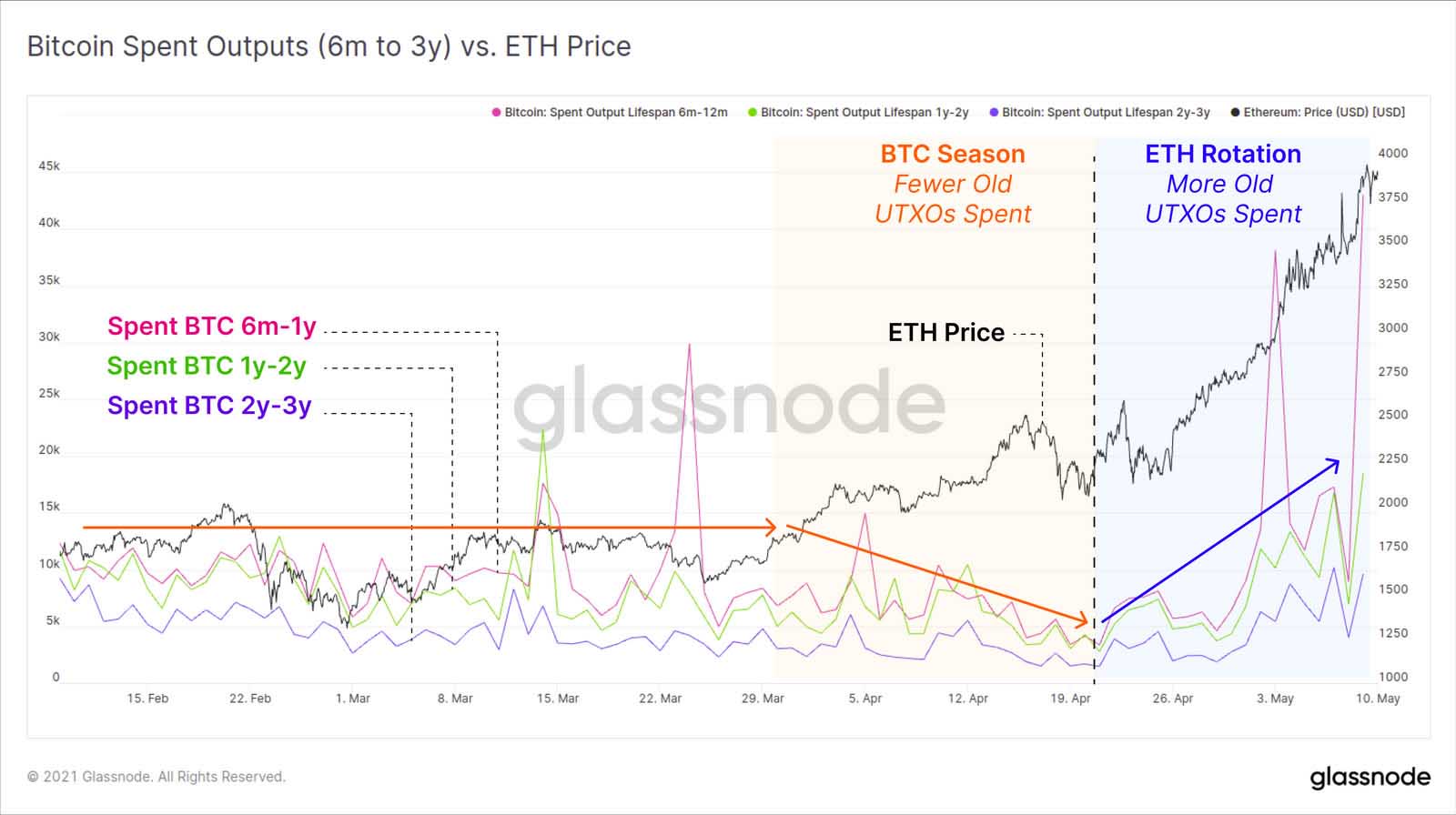 The report added that on-chain activity has increased significantly over the past four weeks for Ethereum amid Ether’s recent bullish price action. The total number of smart contract calls, Uniswap transactions, and daily transactions, have all seen notable upticks since the beginning of the year.