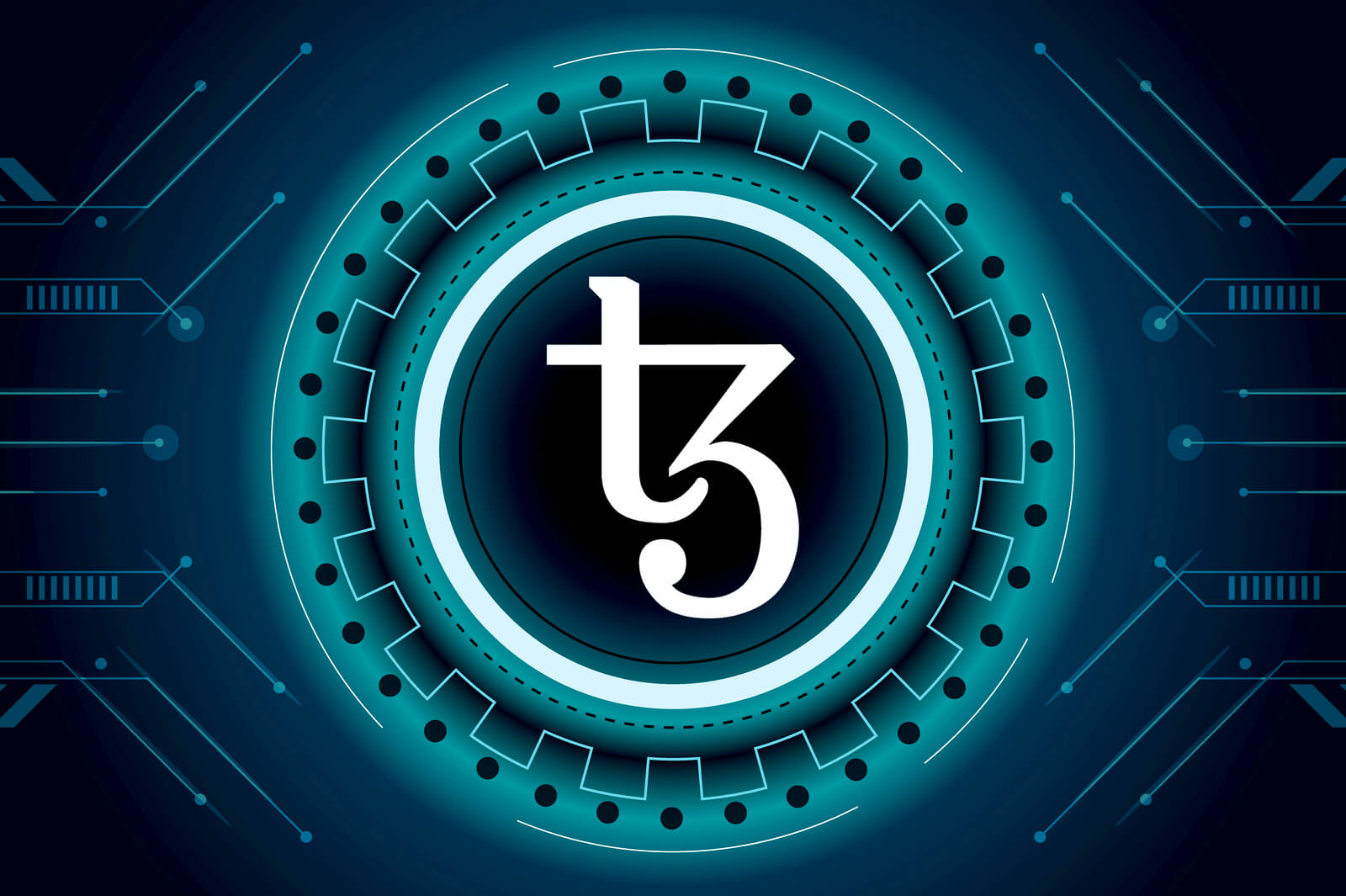 Tezos price has underperformed many altcoins in 2021, taking a staircase path rather than impulsive bursts higher. XTZ has held vital support since March, setting the foundation for a new attempt at all-time highs.

Florence, the new upgrade comes only three months after the previous upgrade, Edo, and follows rapid growing interest and engagement with the Tezos ecosystem tools and projects. At the core of the notable spike in interest is the evolving realization that the platform can meet the NFT needs of high performance, rapid evolution and low carbon footprint.

In particular, gas optimization is geared to improving speedups and efficiencies for smart contracts but at a lower cost.

Overall, the gas arithmetic is also sped up by a factor of ten, increasing overall performance of a typical execution cycle of the Michelson interpreter in Florence by 35%.

It is evident with the sixth upgrade that Tezos is moving quickly to support the expanding network activity by ensuring that the platform is optimized, fully reliable and most importantly, full-featured.

Tezos price continues to wait on a bullish stampede

Tezos price has discovered price support at the daily Ichimoku cloud four times since the April 23 test, each leading to modest rebounds and a new all-time high. However, the all-time high did not generate any price traction, keeping the precedent of limited new highs followed by corrections.

Since the April 23 low, the volume profile has been consistent with accumulation and indicates that Tezos price is on the verge of a new high. The magnitude of the new high is unknown, but using the Fibonacci extension levels and the April high as precedent, Tezos price can be estimated.

The April high coincided with the 161.8% Fibonacci extension of the February decline at $7.38. In the case of the April decline, the 161.8% extension would yield a price target of $9.92, representing a 40% gain from the price at the time of writing. 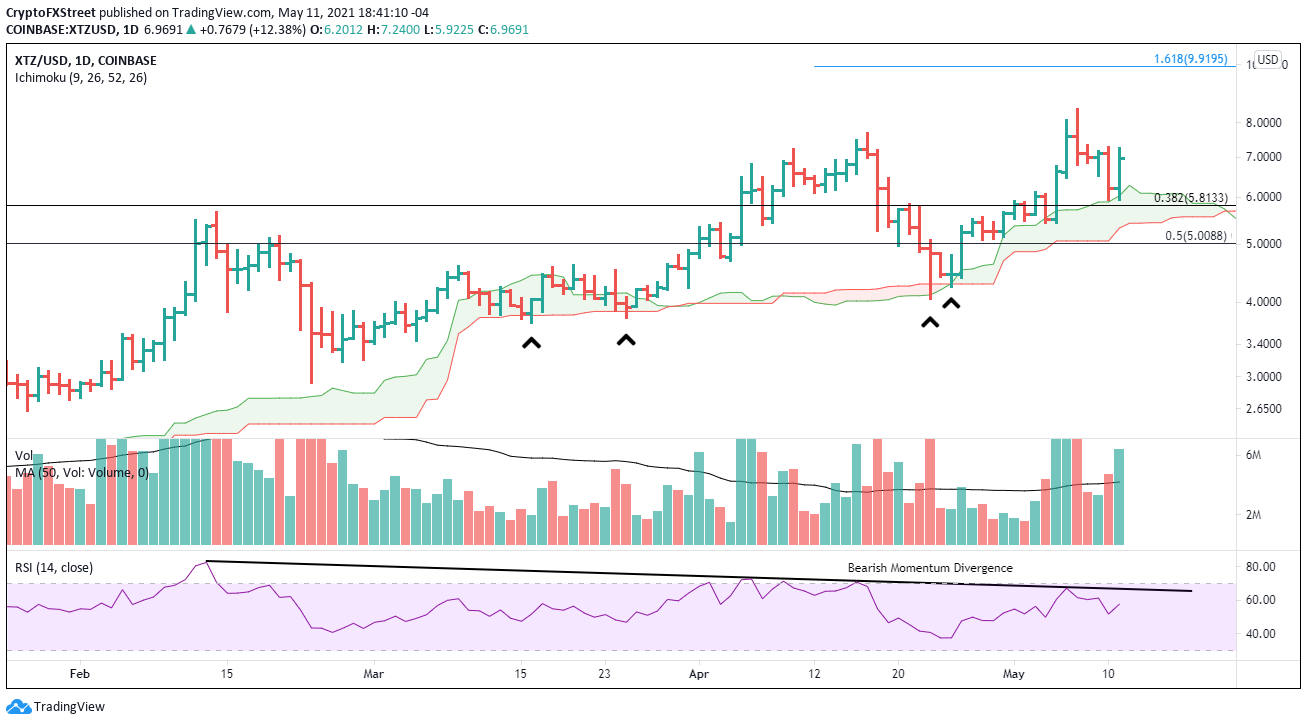 On the daily chart, the RSI is flashing a negative momentum divergence. It occurs when the RSI doesn’t print a new high along with the price. In this case, it could limit the potential for a new high, but it could also signal a deeper correction for Tezos price in the coming days.

Some support will unfold at the 38.2% retracement of the rally beginning the end of December at $5.81, but the pivotal support comes at the lower line of the Ichimoku cloud at $5.32, followed by the 50% retracement at $5.00.