XRP price was among many altcoins that crashed as Bitcoin price shed roughly 9% on Monday. While Ripple seems to be recovering, there could be another leg down before the markets start to recover.

XRP price at a pivotal point

On the 4-hour chart, XRP price has sliced through the immediate demand barrier’s lower trend line at $1.372 and is currently under the 100 four-hour Simple Moving Average (SMA) at $1.420. A rejection at this point that leads to a decisive close below $1.372 will trigger a sell sign from the SuperTrend indicator.

If this were to happen, investors could expect the remittance token to head toward the next demand zone that extends from $$0.941 to $1.156. Interestingly, the 200 SMA coincides with the upper boundary of this support area.

Therefore, it is likely that a bounce for XRP price will arise after testing this critical level. After tagging this point, Ripple bulls are likely to target $1.462, which is a 25% upswing.

Following the breach of this area, Ripple could surge an additional 12% to $1.653. This resistance barrier has prevented XRP’s upward trajectory twice over the past week. 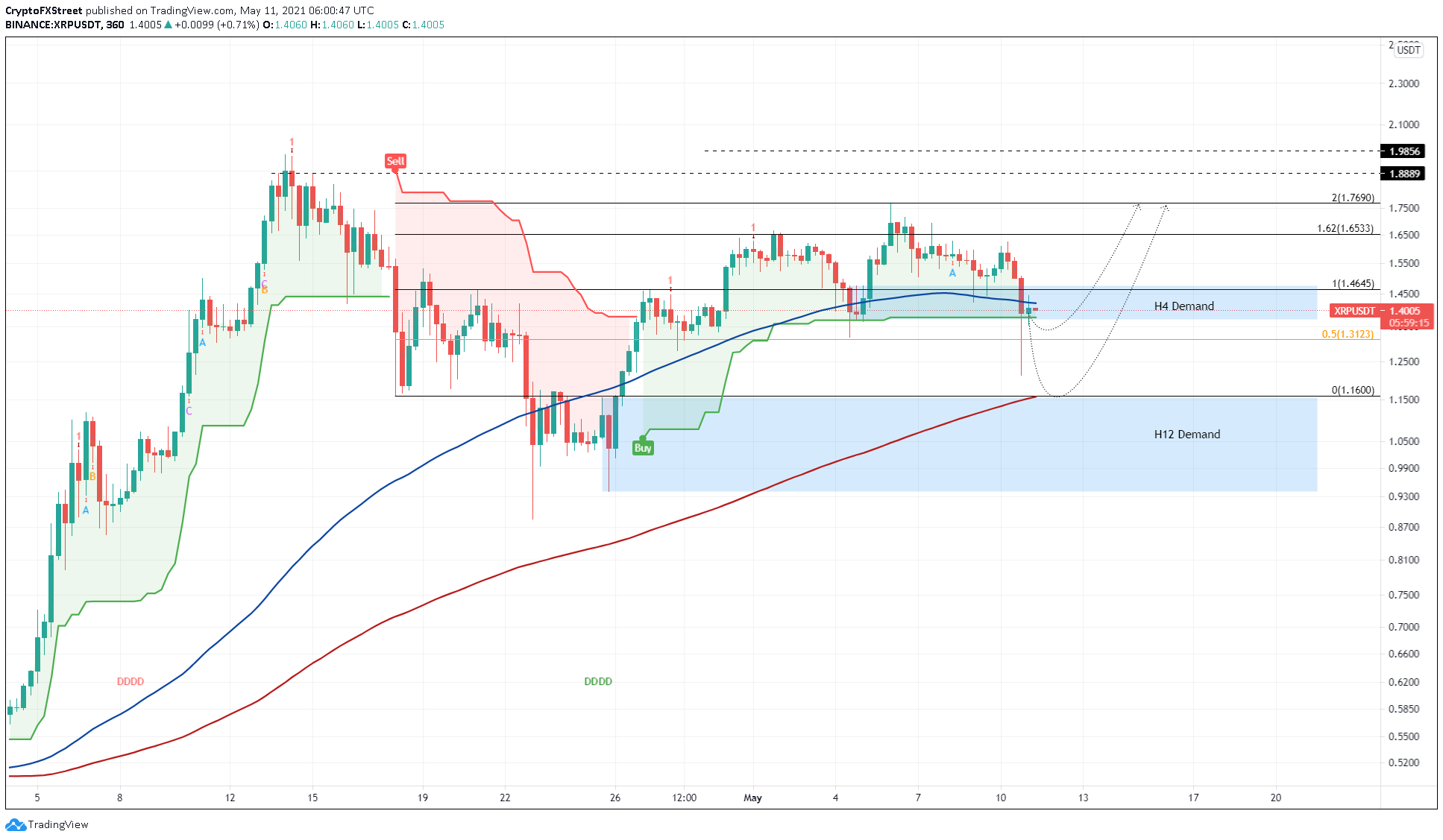 A decisive 4-hour candlestick close below the support barrier at $0.941 will invalidate the uptrend scenario mentioned above. In such a case, market participants can expect a 6% drop to $0.886.