Brandt took to Twitter to ponder whether Bitcoin’s price action is similar to moments in 2018 and 2019 at the start of major periods of decline and stagnation.

Shortly after posting the chart, Brandt said he has no plans to discuss crypto for about a month.

“Through 46 years as a trader I have suffered through some tough trades. I know what it is like to worship at the Porcelain (sic) alter. I am not without feelings and will discontinue Tweeting about cryptos for a month or so knowing some of you are experiencing pain.”

Bitcoin briefly fell more than 50% from its record high in April on Wednesday, to a low of $30,415. While sarcastically noting that the entry of institutional investors was “supposed” to reduce volatility, the career trader points out that the drop is the largest correction since Bitcoin fell 72.2% between June 28th, 2019 and March 13th, 2020.

“Now officially the largest correction since the March 2020 low. But how can this be????? There is supposed to be institutional support. BTC. This was not supposed to happen!!!!!” 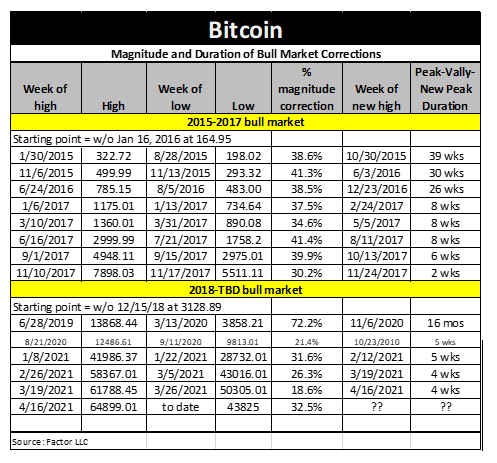 At the time, the flagship crypto asset needed to fall to reach Brandt’s preferred entry price, but his bids may have been filled as Bitcoin plummeted below his order during the recent wild dip.