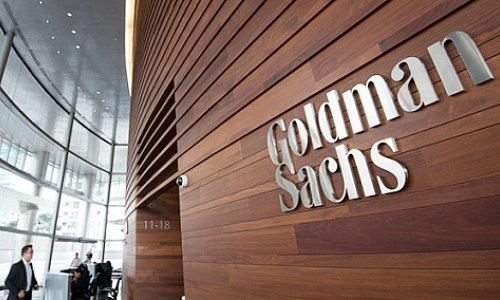 On Friday (June 18), CNBC reporter Hugh Son broke the news that Goldman Sachs has started trading Bitcoin futures on behalf of its clients with the help of Galaxy Digital.

Here is he Novogratz described Galaxy Digital when he was interviewed by Michael Saylor, Co-Founder, Chairman, and CEO of MicroStrategy Inc, at the “Bitcoin for Corporations” event in February.

Here is what Novogratz said about Galaxy Digital back then:

“We’ve got Bitcoin and other coins on our balance sheet. We have over 90 venture investments in the space. We’ve invested in exchanges, in custody, in protocols, in the decentralized finance revolution, all across the space. We have a sales and trading business. So we’re big liquidity providers. We trade over a billion dollars a day in tokens, and so we’ll make deep markets to anyone who wants them.

“We have one of the biggest derivative businesses, selling structured products, doing derivatives for mining companies, other corporates who want to limit their risk or override strategies on their Bitcoin. We have an investment banking business, going to corporates — mostly corporates in the crypto company but not only — and providing expertise…

“And we have an asset management product: we have the only Mercer-rated Bitcoin fund. We have created the Bloomberg Galaxy crypto index which was supposed to be and I think will be the S&P 500 of the space… We’re launching an Ether fund right now, and we have a $300 million fund that invests in the virtual space — we call it Galaxy Interactive…“

When the CNBC reporter was asked whether this strategic partnership between Goldman Sachs and Galaxy Digital means that Goldman is bullish on Bitcoin or if it just an acknowledgement that its clients want to have some exposure to Bitcoin.

“It’s more of the latter. Clients — and we’re talking about sovereign wealth, we’re talking about pensions, obviously hedge funds, family offices — have been asking their investment banks ‘we want exposure, we want to play Bitcoin’, and for the most part, banks have had to say ‘we can’t do that yet, we’re looking into it, and we’re studying it’… so that changes now and has been changing is as Goldman has started up this new crypto trading desk last month…

“The news today is these are the first trades where you have Goldman, which is obviously super regulated — you know, very important, very central to the economy investment bank — dealing directly with a firm like Mike Novogratz’s crypto-centric firm, which is Galaxy, and so you have basically a step toward the maturation of this asset class, where you’re going to have more institutional players…

“Nobody wants to do something first at a bank, they always want to wait until somebody else does it, and in this case it’s Goldman, and then once they see that it works, all the other banks will jump in because they’ve been getting the inbound too from their clients, and I think that’s what this means. There’s an advance in the maturation of this asset class for institutional traders.“

The CNBC report says that these early trades involving Galaxy Digital “represent the first time that Goldman has used a digital assets firm as a counterparty since the investment bank set up its cryptocurrency desk last month, according to Galaxy co-president Damien Vanderwilt.”

“You’re moving the market participants from being north of 90% retail, a huge chunk of which have access to ridiculous amounts of leverage, into an institutional community, who have proper, tried-and-tested rules and regulations about leverage, asset-liability mismatch and risk. The more activity that moves into the institutional community, the less volatility there will be.“

According to CNBC, Max Minton, the head of digital assets for Goldman’s Asia-Pacific region, said in a statement:

“Our goal is to equip our clients with best-execution pricing and secure access to the assets they want to trade. In 2021, this now includes crypto, and we are pleased to have found a partner with a broad range of liquidity venues and differentiated derivatives capabilities spanning the cryptocurrency ecosystem.“

The views and opinions expressed by the author, or any people mentioned in this article, are for informational purposes only, and they do not constitute financial, investment, or other advice. Investing in or trading cryptoassets comes with a risk of financial loss.